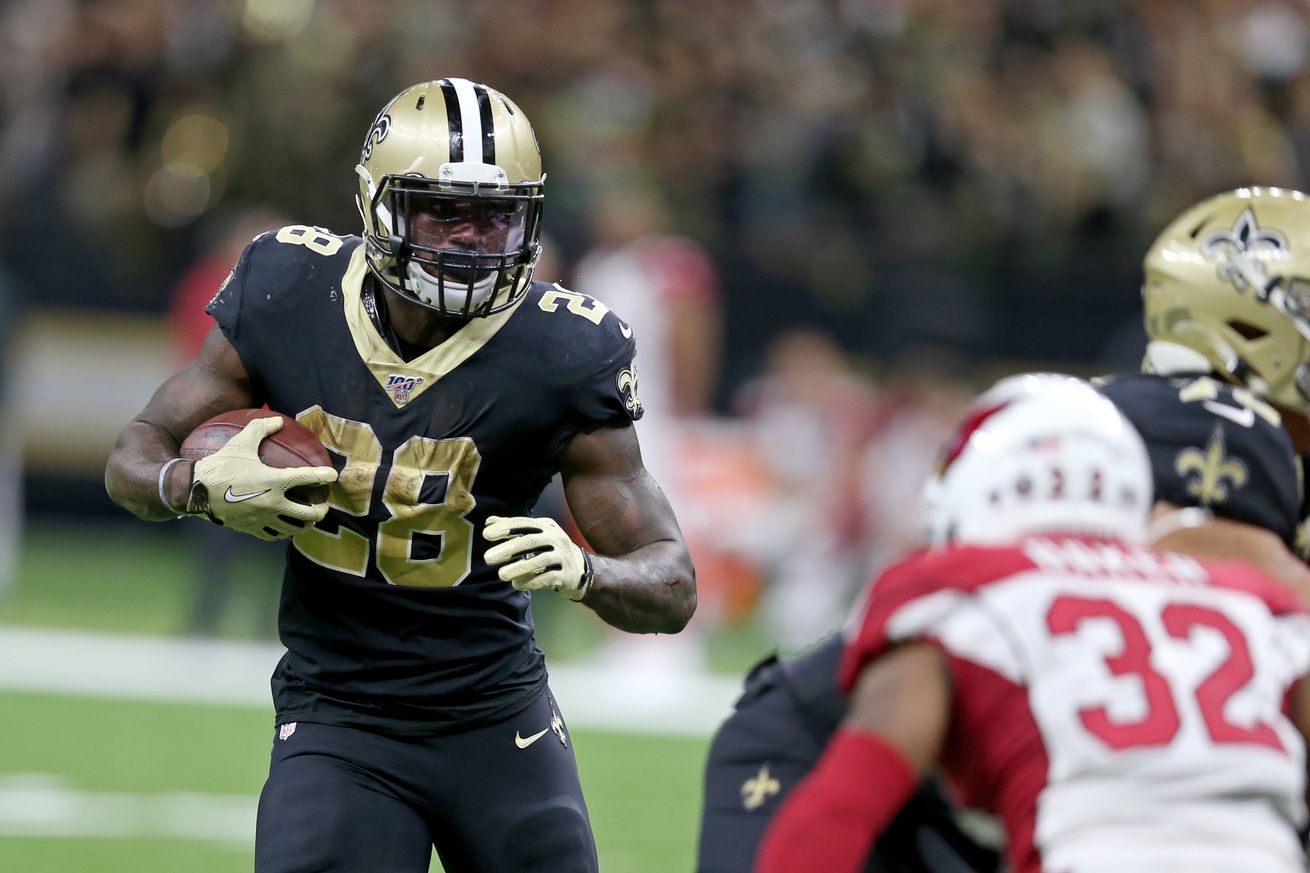 New Orleans Saints running back Latavius Murray is the player you need on all of your fantasy football rosters. He is one of the best handcuff options and would be a top-5 play should Kamara miss time.

In the two games Kamara sat out of due to an MCL injury last season, Murray racked up over 300 total yards and reached the endzone twice in each contest. His 68.7 PPR points were the second-highest among all players during that span.

Despite Kamara’s presence in the backfield, Murray finished the season with a career-high 4.4 yards per carry. He also finished among the top-30 fantasy RBs in fantasy points, rushing yards and total TDs in 2019.

“I’m just going to make sure I just do my part to show that I deserve to be on the field, you know, as much as I can,” Murray said following Sunday’s training camp practice. “And I’ll leave it in their hands to figure out when and how much.”

The Saints have one of the earliest bye weeks this season in Week 6. This means that Murray could come in handy as a plug-and-play option down the stretch if you are trying to make a playoff push.

Murray also has the potential for redzone touches, especially at the goal-line. Standing at 6 feet 3 inches and weighing 230 lbs., his ability to pound the ball in short-yardage situations makes for some promising touchdown upside.

Drew Brees had just 378 pass attempts in 2019, his lowest since 2003. Although he is not getting any younger, New Orleans continues to provide extra help on the offensive side of the ball.

The Saints took Michigan center Cesar Ruiz with their 1st-round pick along with Dayton tight end Adam Trautman in the 3rd. Both Ruiz and Trautman could provide offensive line help immediately.

Extra blockers could help New Orleans control the tempo and dominate time-of-possession while also keeping the defense off of the field. The Saints backfield could certainly benefit from a more run-heavy approach as Brees’ pass attempts have decreased each of the last three seasons.

The Saints will need Murray to step up in a big way in both the passing game and on the ground. With an average draft position of 95.1, Murray is an excellent late-round sleeper pick.