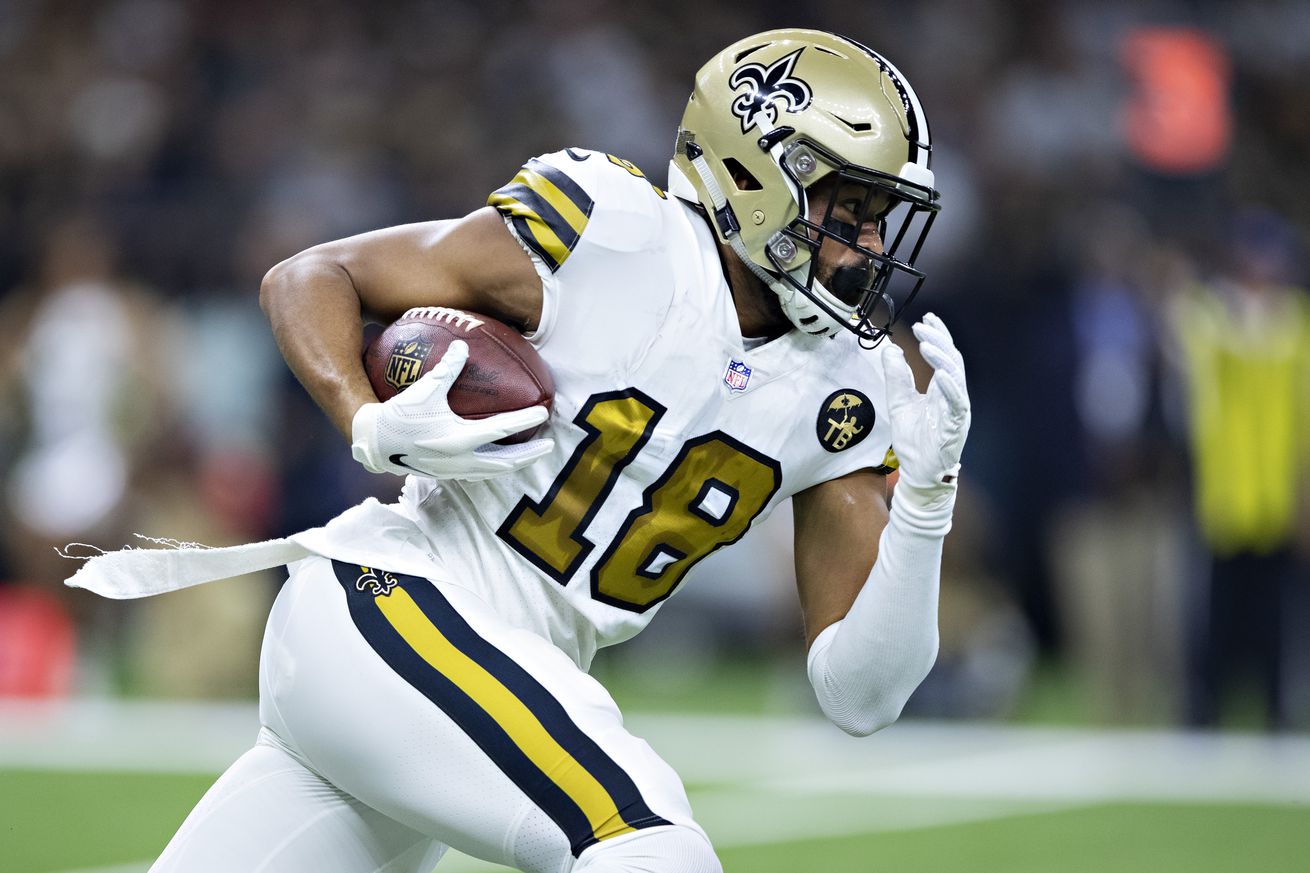 According to the Katz Brothers, Keith Kirkwood has accepted a one-year deal to join the Carolina Panthers after not having his contract tendered by New Orleans.

Former Saints’ WR Keith Kirkwood is signing a 1-year deal with the Carolina Panthers, where he will reunite with his college coaches from Temple, per the Katz Brothers. Saints did not tender Kirkwood and he had four interested teams, but chose Carolina.

There, Kirkwood will rejoin Matt Rhule who is one of the Temple coaches mentioned in Schefter’s tweet.

Kirkwood was a promising UDFA prospect out of Temple with great size and speed. Unfortunately he has not yet been able to fully cash in on that potential. He flew onto the scene in the Saints’ 2018 Week 11 matchup against the Cincinnati Bengals. Starting that season on the practice squad, he ended up seeing gametime after the Saints famously signed and immediately lost Dez Bryant to an achilles injury. In that game he caught two passes for 45 yards including this 43-yard completion.

Kirkwood dealt with injury during the 2018 postseason. His return at the beginning of the 2019 season was highly anticipated amongst fans, but cut severely short thanks to a hamstring injury that he suffered during warmups ahead of the Saints Week 2 matchup against the Rams.

In his career in New Orleans he caught 13 passes for 209 yards and two touchdowns. He also added two catches for eight yards and a touchdown in the playoffs.

Now, he will join former Saints quarterback Teddy Bridgewater in Charlotte next season.