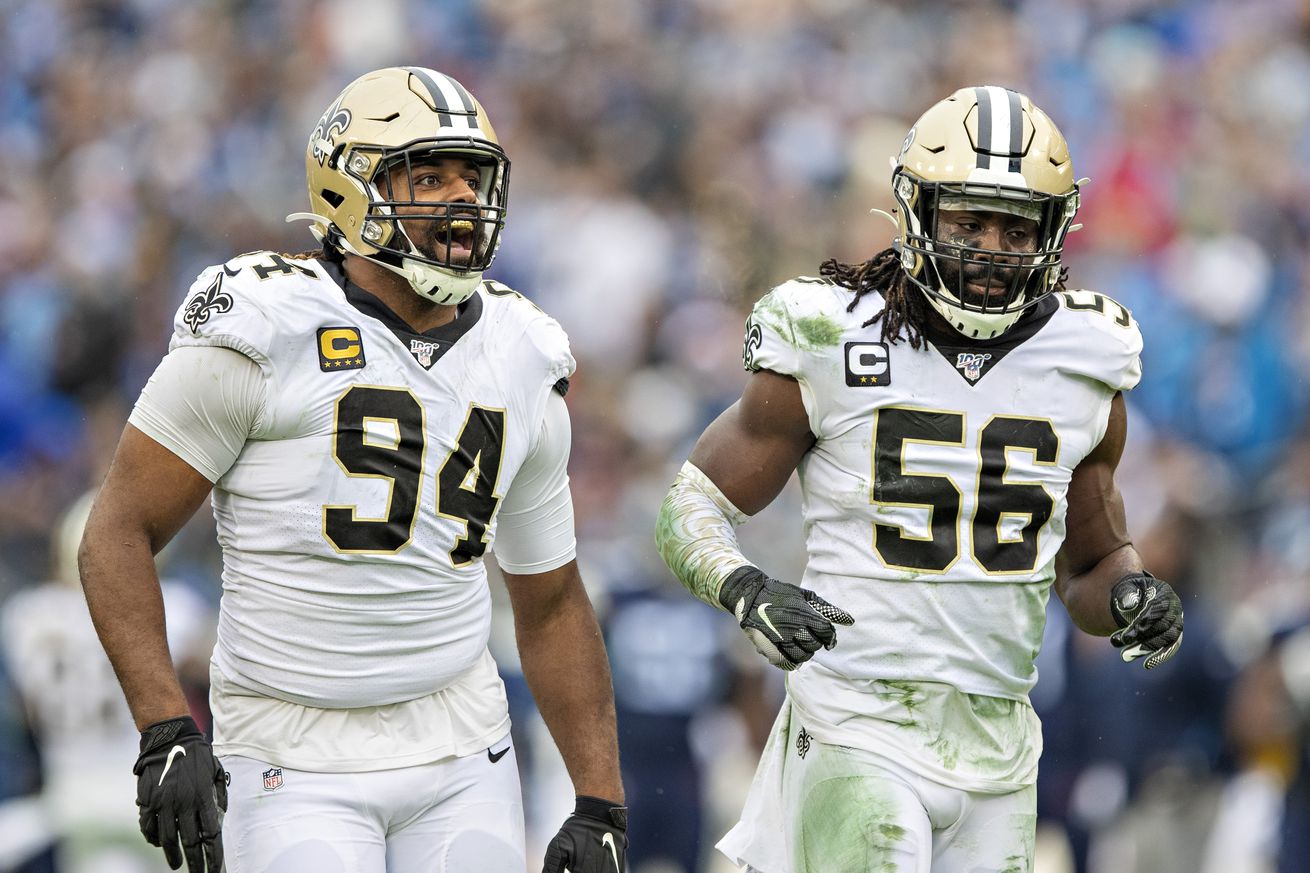 Saints defense could finally take over the Saints identify in 2020

Alvin Kamara has fans excited about his expected return to stardom. The three-time Pro-Bowler is finally healthy from the nagging leg injury he endured from Week 6, up until the wild card loss against Minnesota. Although Kamara has flashed his usual juice and balance during training camp, he’s used his spotlight to give some love to his imposing defense.

It’s not speculation that the Saints have held the NFL’s best-run defense from the last three years combined, but could they finally pose the best overall unit? In a media press conference, Kamara was clear: “I feel like we have the best defense in the league”. He went on to say, “Just going out there to compete with them every day…’iron sharpens iron’ is the best way I can put it”.

There should be no surprise to hear Kamara’s statement about the Saints’ defensive potential. Their run defense of late has been nothing short of terrific, as they haven’t allowed a 100-yard rusher in two years. On the other hand, the Saints pass defense is long overdue to match their stout run defense.

The Saints have invested heavily in their pass defense over the last five years, and for good reason. Through 15 games in 2015, the Saints pass defense gave up the most passing touchdowns in a season, in NFL history. The Saints grew weary of making the average quarterback look like Patrick Mahomes, so they went out to stock up on corners and safeties. The young defensive studs in the secondary are just blossoming, and they have yet to reach the ceiling of their potential.

Key defensive starters in the secondary:

There are bound to be hiccups with the young playmakers in the Saints secondary just getting started in the NFL. Of course, this all bodes well with more continuity under Dennis Allen, who is entering his fifth season as the Saints defensive coordinator.

There’s more optimism with veteran presences in the secondary. Let’s not forget the two Jenkins in the secondary, Malcolm and Janoris, who have shown to still be capable of producing at a high level. Janoris, also known as “Jack Rabbit”, recorded five interceptions in 2019, so he and Lattimore will look to formulate the NFL’s top cornerback tandem in 2020. Meanwhile, Malcolm Jenkins is still a valuable chess piece, who can play safety, linebacker, slot corner, and he’s hungry for his third Super Bowl, second with the Saints.

The Saints appear to have their secondary matched up well with their front seven, but could they really be the NFL’s the best defensive unit? There’s at least plenty of reasons to think a top-5 defense in 2020 is at least possible.

The Saints field their best cornerback tandem since 2013, where they had underrated players in Keenan Lewis and Jabari Greer, as starting corners. Malcolm Jenkins was also on that defense, where they had three quality safeties in different packages (Malcolm Jenkins, Roman Harper, and Kenny Vaccaro). The Saints defense today carries a similarly-strong three-safety look with Ceedy Duce, Marcus Willams, and of course, Malcolm Jenkins.

It’s fine to be optimistic for a top-10 pass defense from the Saints, but their defensive strength still lies in the front seven of the defense. Linebacker Demario Davis was ranked as the best overall linebacker by Pro Football Focus in 2019. On the D-line, Edge rusher Cameron Jordan, had a career high in sacks last year: 15.5 sacks.

It’s easy to get distracted by the Saints offense with future Hall of Famer Drew Brees, Offense Player of The Year Michael Thomas, and a healthy version of Alvin Kamara, but let’s not forget the elite caliber of the Saints defense.

This defense is almost the same Saints defense that went up to Seattle in Week 3 of 2019, with a backup quarterback, and shut down Russell Wilson. This year, the Saints defense only appears to have gotten stronger.

If the Saints secondary proves out to be a top-10 unit, that could spell trouble for the NFC South, not to mention the entire NFL. The Saints run defense is almost indestructible and there’s no signs of decline. Demario Davis and Cameron Jordan are in their prime, and take a guess at how many games those two stars have missed since 2013? A combined one game. One.

There are also reinforcements for the Saints defense:

It’s hard to fathom that this Saints defense has so much talent to match their offense, when this team just lost in ugly fashion, in the wildcard round.

Yet, that’s exactly the case for New Orleans in 2020. Not only is Kamara returning healthy and out to prove something, but the Saints defense is ready to take that next step with a stronger secondary. Fans better believe that there’s a serious edge on this Saints defense.

With Jordan up front, Davis right behind him, and Malcolm Jenkins roaming around in the secondary, there’s not a stronger core of leadership in all three levels, on any defense across the league. If the Saints unravel a top 3 offense and top 3 defense, hopefully the Saints will finally be able to add that ever-elusive second Lombardi.