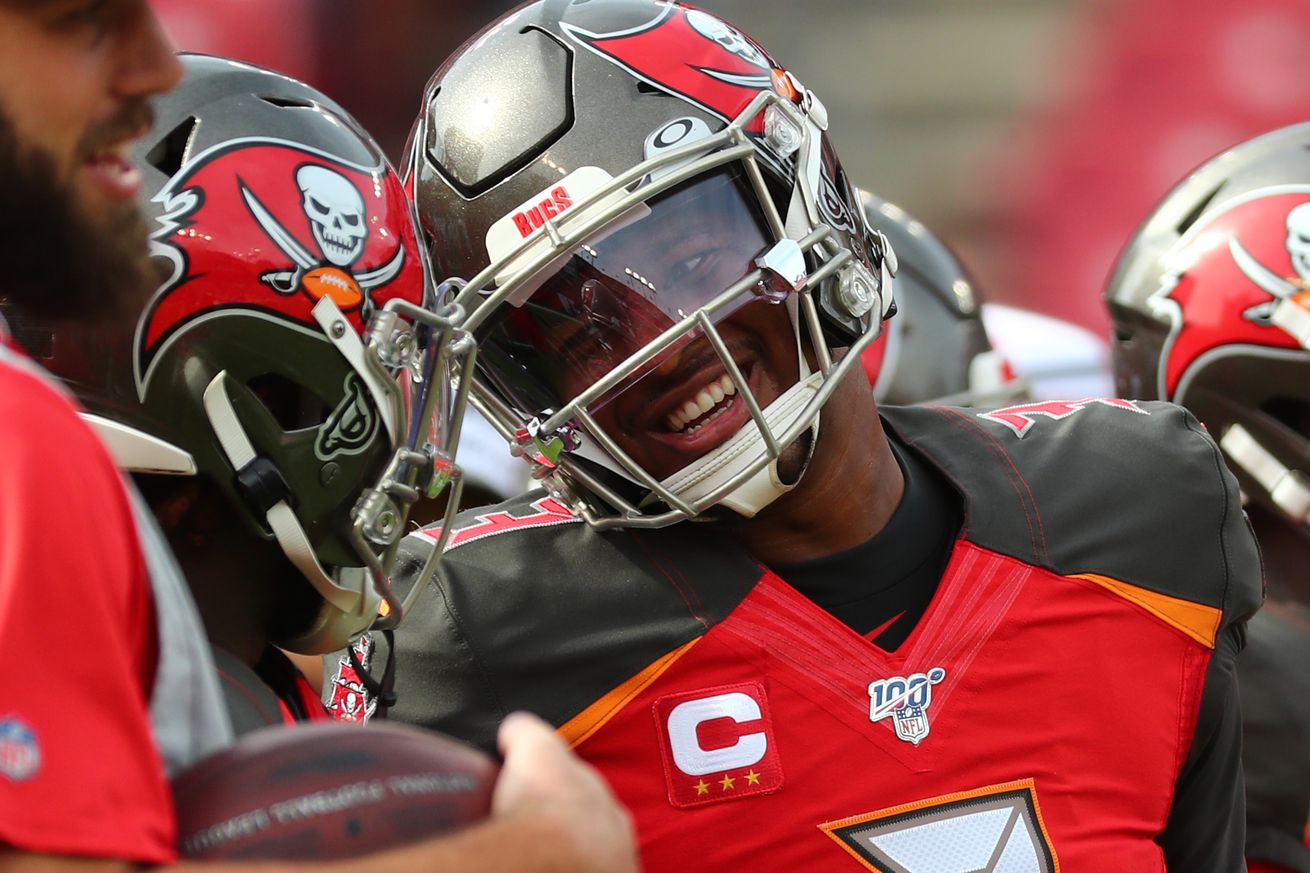 Despite a controversial past, Saints’ new QB Jameis Winston has won over the locker room

To say Jameis Winston has been a controversial figure in football is an understatement. It’s not just with his on the field play, after throwing for the legendary 30-30, with 30+ touchdowns and 30 interceptions in 2019. For every good play that Jameis made, it seemed like he made a bad one immediately after. He has talent. He’s a former first overall pick, he won a National Championship and a Heisman Trophy at Florida State, and while he’s made some mind-numbingly bad decisions in his NFL career, there is no denying that he has what it takes to be a good quarterback.

Off the field is where the issues come in.

Calling his incidents “controversies” feels fairly dishonest. After his rock-star freshman year at Florida State where he guided the Seminoles to the aforementioned National Championship, Winston was involved in a sexual assault allegation, which was settled in 2016 (let’s be clear that a settlement doesn’t mean guilty/not guilty, just that the case is not in court anymore). Winston was involved in similar allegations involving an Uber driver in 2017, in which he was accused of touching the driver in an inappropriate and sexual manner without her consent, which led to the NFL suspending him to start the 2018 season. Winston has also had much less serious issues involving shoplifting. Wherever Winston has gone in his football career, it feels like trouble has followed him.

To his credit, Jameis has done nothing but win over the locker room since his arrival in New Orleans. Earlier today, Saints’ sophomore offensive lineman Erik McCoy raved about having Jameis on the team:

Jared Cook made similar comments in the Saints’ conference call on August 13th as well:

“Jameis is, I feel like he’s a good quarterback. He’s still trying to get used to this system. But when he steps into that, when he steps into that huddle man, it’s definitely business. And he wants you to look him in his eyes every time he calls a play to make sure he got it and to make sure you have it. So he’s definitely a character and fun to have around the locker room”

Winston has quickly earned popularity and respect in the Saints’ locker room since his arrival in New Orleans. While he may not see the field much (if at all) sitting on a one-year contract behind living legend Drew Brees, Winston has had no issue fitting in when it comes to team chemistry and his personality is already shining through a Saints locker room that has no shortage of interesting characters.

However, there are still worries to be had about if he can keep himself out of the trouble that Winston has gotten into in the past. If he can, then Winston’s already earned the locker room’s approval and could be in contention for the Saints QB job post-Brees. If not, the Saints could end up with another Junior Galette situation on their hands.