We were promised a rotation, and now it begins. Jameis Winston took the field at New Orleans Saints training camp with the first-team offense on the third day of practice, following Taysom Hill’s first two days in that role. Hill is now working with the second team during Saturday’s practice.

If the pattern holds, Winston will get the nod in the Saints’ next session on Monday — players are off on Sunday, and their first team practice in pads is scheduled for Tuesday. Hill got two days, so it makes sense for Winston to receive the next two days of work with the starters. Expect that rotation to hold as training camp continues.

It’s going to be fascinating to see how this all shakes out. The Saint are two weeks away from their first preseason game (a road trip to see the Baltimore Ravens on Aug. 14), with their remaining two exhibition matchups off in the distance; New Orleans will host the Jacksonville Jaguars on Aug. 23 and the Arizona Cardinals on Aug. 28

While the Winston-Hill competition has deservedly drawn attention, there’s another battle behind them between Trevor Siemian and rookie draft pick Ian Book. How the minutes are divided between the four passers is a yet-unsolved mystery. New Orleans typically rosters three quarterbacks, so either Siemian, the mulleted veteran, or Book, the fourth-round rookie, will be left out in the cold. 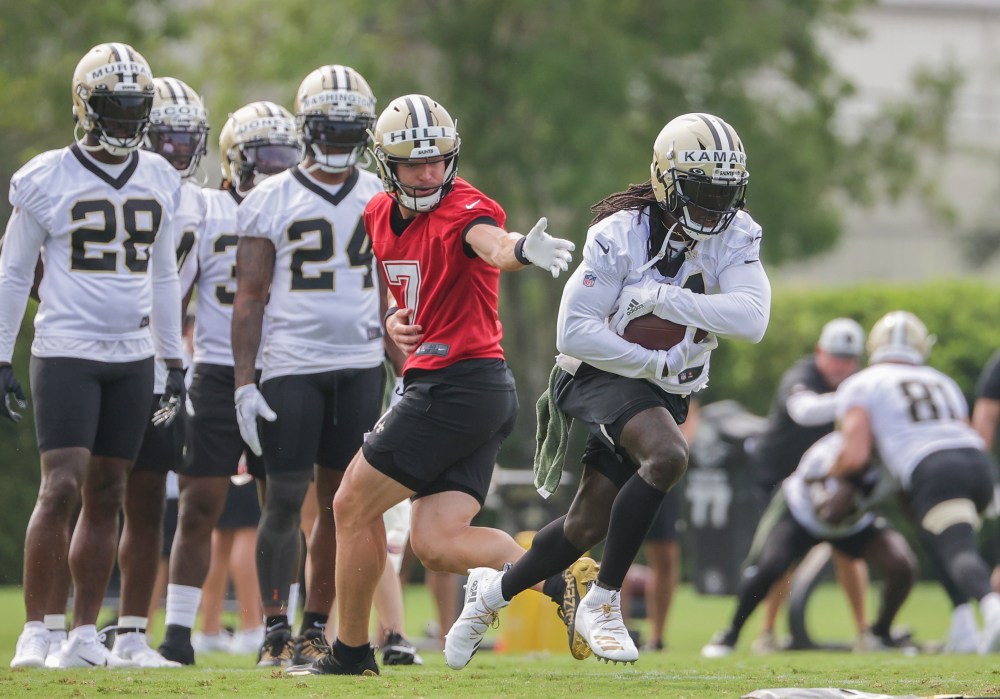 The 45 best photos from Day 2 of Saints training camp 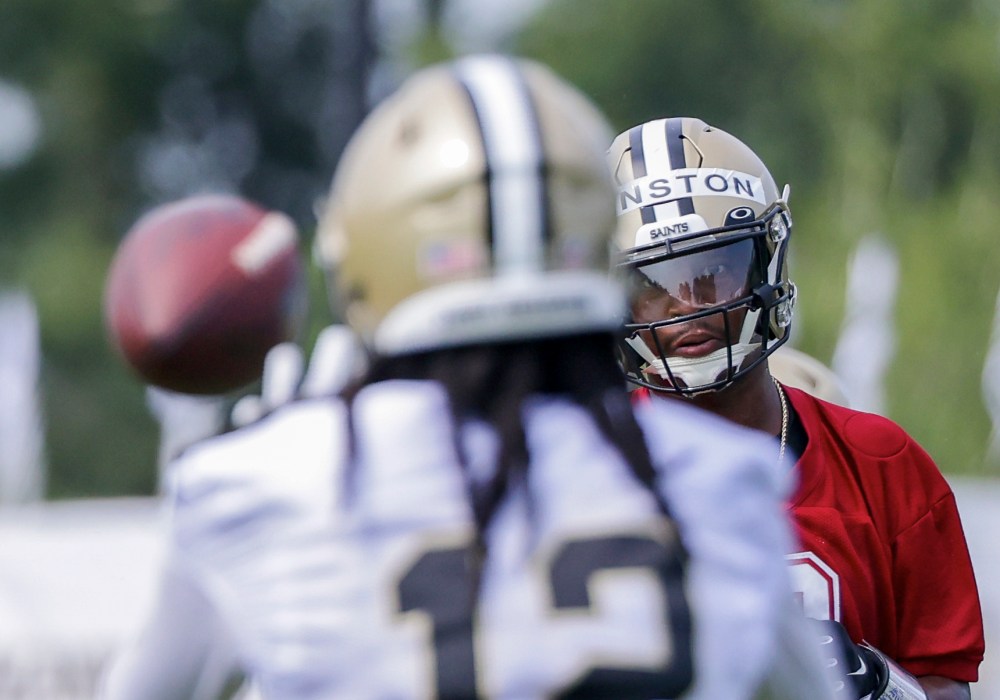