Jadeveon Clowney would be equally happy to join a contender on a one-year deal or a middling club on a multi-year deal, Tony Pauline of Pro Football Network hears. Specifically, he’d like to land with one of two contenders – the Cowboys or the Saints. 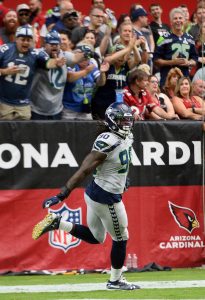 It’s not clear whether the Saints or Cowboys have reciprocated that interest. The three-time Pro Bowler would represent a classic Jerry Jones splash, but they already have $20MM/year committed to DeMarcus Lawrence. The Saints are also short on cap space, and they don’t necessarily need Clowney. With Cameron Jordan, Marcus Davenport, and Trey Hendrickson on the edge, there’s little reason for the Saints to shell out the kind of money that Clowney is seeking.

The Browns put a multi-year offer on the table for Clowney, one that is believed to be in the range of $12MM/year. The Browns are reportedly willing to move their offer up to somewhere around $15MM/year, but that’s still a step back from the ~$17MM Clowney was looking for in March. Reading between the lines, it sounds like a winning club could have Clowney on a one-year deal worth roughly $15MM, but that’s likely too rich for his two preferred teams.

Last year, Clowney registered just three sacks with the Seahawks. That was the lowest healthy-season total of his pro career.