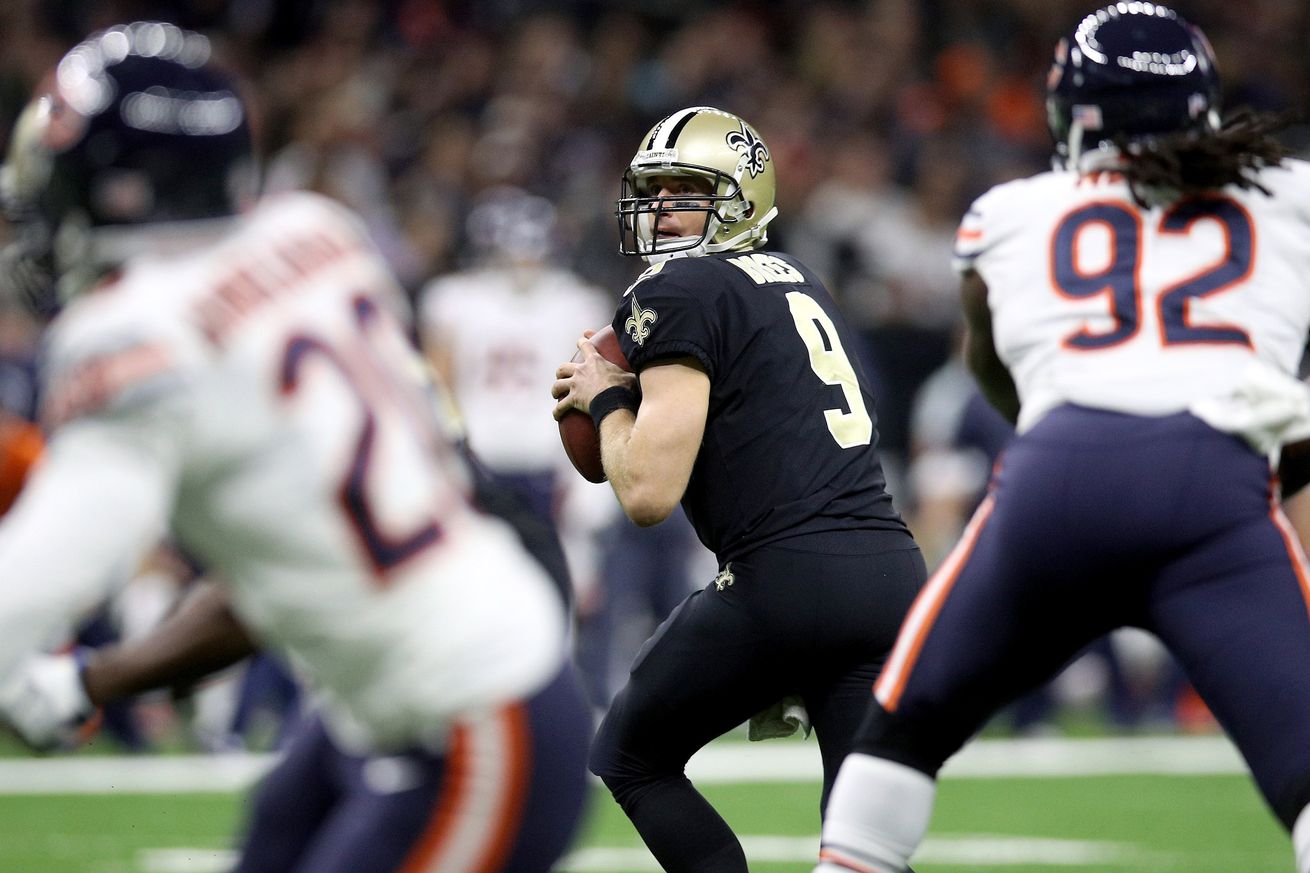 Another week of football, another week of our Interview with the Enemy series. This week, Jeff Berckes of Windy City Gridiron answers 5 quick questions ahead of our Week 8 matchup: the frigid 4-2 New Orleans Saints vs. the 5-2 Chicago Bears in the Windy City, featuring a reunion of the Ghosts of Saints past.

It’s safe to say that Monday Night’s loss was…not a good outing for Chicago, particularly on offense. The Bears offense has been pretty one-dimensional with the inability to generate a sustainable running game. With Allen Robinson’s status largely unknown, will this impact Chicago’s game plan against a deplorable New Orleans secondary? What will be key to a Saints win – containing the run game, or getting to and pressuring Nick Foles?

Monday’s game felt zero-dimensional – is that a thing?

Allen Robinson is the main attraction on this offense. He’s an incredible route runner and makes the best out of high volume, low accuracy throws. After that, it’s a real work in progress. Rookie Darnell Mooney looks like he can develop into a contributor, Jimmy Graham can post up in the red zone, and flip a coin to see what side of Anthony Miller you get.

When James Daniels went out with an injury for the season, that pretty much doomed this offensive line. It probably wasn’t great to begin with, but now you’ve got no offensive lineman you’d consider “good,” and it’s a stretch to even put Cody Whitehair as above average this season (particularly since he’s now banged up). So, attack the middle of the line, collapse the pocket, and force Foles to get it out quick or try and evade pressure with sad scrambles.

The Saints will be reuniting with several former stars, including Akiem Hicks and Ted Ginn Jr. (read – sarcasm on the latter). The Hicks trade is a hot-button topic in New Orleans; he’s seen vast success after the 2015 trade, but incurred 3 penalties and wasn’t very effective against the running game on Monday night. Is this easy to chalk up to easing back in from injury? If so, will the Saints face a two-headed pass rush monster in Hicks and Khalil Mack? Which player should the team be more worried about containing?

I don’t think Ginn will be on the roster in a week. I’m not really sure what he does for the Bears. He’s basically a spectator with great seats at this point, watching punts drop in front of him or sail over his head. He already had his main role taken over quickly by Tulane’s Darnell Mooney and with veteran return man Dwayne Harris getting set to take his PR duties soon, I think he’s a cut candidate. Bad look.

Hicks… oh how we love Akiem Hicks. I don’t know what’s up with the penalties this year. Most of them are in the category of, “wait, they called what?!” For example, the refs failed to blow the whistle on a run after Darrell Henderson got stood up, the Rams offensive lineman came in and pushed the pile, and like 5 seconds later Hicks is flagged for… jumping on the pile. Okay…

Honestly, he’s amazing, he plays hard, and you live with games like that. Having said that, you need to worry about both Hicks and Mack as they’re fantastic together. If you’re asking who you should be more worried about, against your offense line and how Brees likes to climb the pocket, I’d actually say it’s Hicks. Mack is of course a danger any time he’s on the field, but I could see how Hicks could have a big game on Sunday.

They lose the turnover battle. I think this will be a classic Bears game where the defense needs to make plays to win because they can’t rely on their offense. The Bears best path to that is forcing some bad throws out of the future HOFer and taking advantage of those opportunities, hopefully cashing them in for points.

If you were Sean Payton, how would you game plan to attack the Bears defense?

I’m sure Sean Payton just watched Sean McVay put on a clinic of play calling and is gearing up to do the same. The Bears have a strong secondary, but Brees is so good at picking apart opposing secondaries, even without Michael Thomas, that I imagine that short passing game will be fine. Roquan Smith has excelled in pass coverage so try to get Kamara matched up against someone other than him. The side opposite of Khalil Mack often loses contain, regardless of who is out there, and the Bears have been gashed repeatedly on runs up the middle.

The Bears defense is truly a good unit. They will make you work for it, and they stiffen in the red zone. There are few people that are as creative than Sean Payton and I’m sure he’ll love breaking out something fun against the team he played for as a “Spare Bear” in the ’87 strike season.

Ummm, let’s not do that. How about we hope for a clean game with no injuries to either side and revel in the knowledge that we’re enjoying professional football as the calendar changes from October to November – a thought that seemed nearly impossible just a couple months ago – deal?