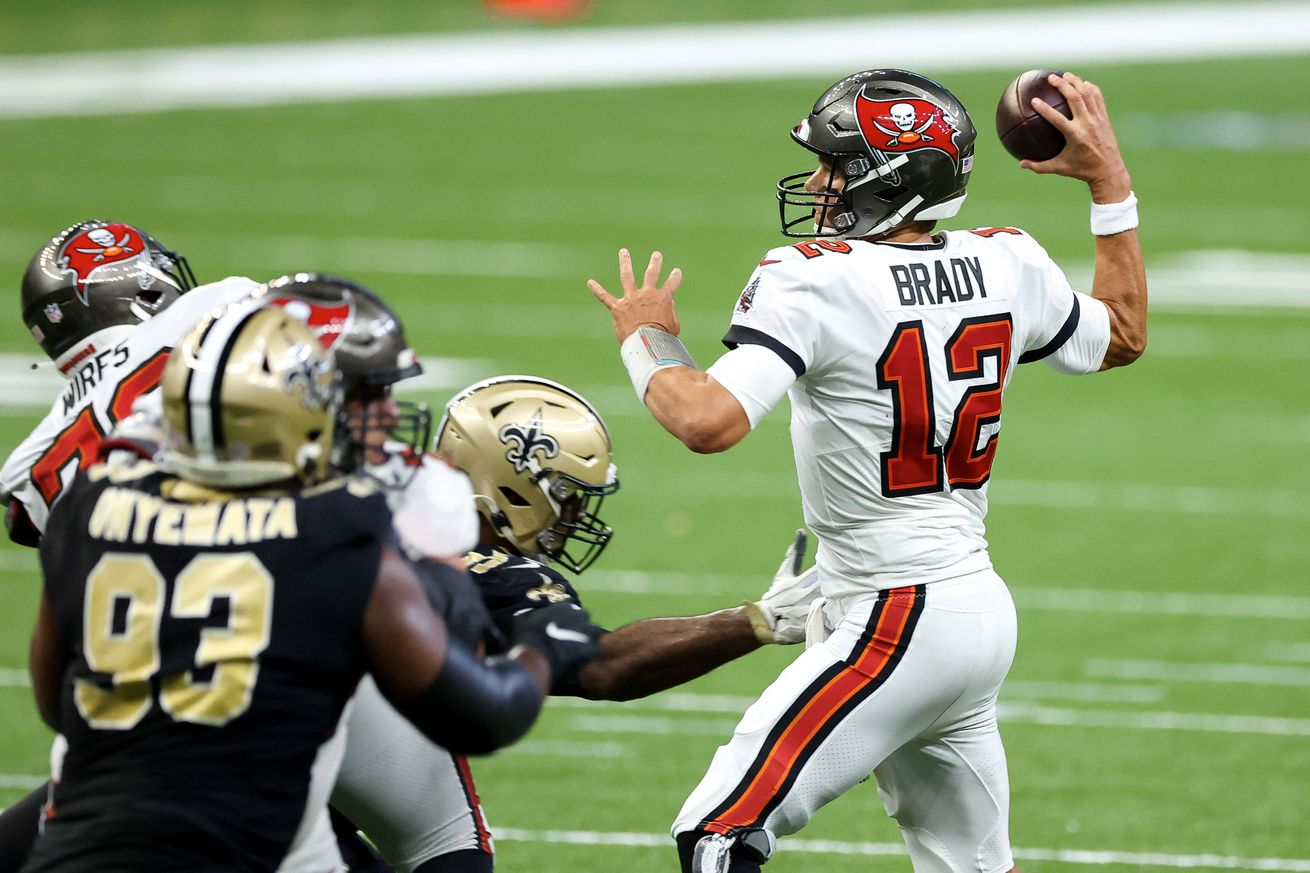 Another week of football, another week of our Interview with the Enemy series. This week, Gil Arcia of Bucs Nation answers 5 quick questions ahead of our Week 9 NFC showdown: Drew Brees and the New Orleans Saints vs. Tom Brady and the Tampa Bay Buccaneers.

Antonio Brown, really? Are you guys thrilled, or moving forward with TMZ updates blocked on your phones? Was this a move out of need, or with Super Bowl aspirations? What type of immediate impact do you expect Brown to have on Tampa Bay’s offense?

I’m still wondering how this move will pan out. Fortunately, head coach Bruce Arians has already laid down the law. The Buccaneers made this move due to the intermittent injuries the wide receivers unit has seen so far this season. This will give them some insurance for the rest of 2020 for sure, but I’m curious what this will do overall for the guys already in that locker room. What if Brown doesn’t reach his incentive marks? A good thing is that there are team incentives so Brown will have to be a team-first guy in some ways. We’ll see how it plays out. I still have questions.

The Saints had Brady’s card in Week 1. Since then, the Bucs have seemingly gotten more foreboding. What’s the key to a win in this weekend’s matchup? Is there a key to containing this newly rejuvenated Tampa offense? Or has the bolstered play come from the defense?

Tampa Bay’s offense has improved greatly since Week 1, but does have some inconsistencies. There is still a learning curve that has not been reached completely, but despite all that they have played very good, and a lot of that is a combination of Tom Brady hitting receivers with pinpoint accuracy and running back Ronald Jones II running extremely well. The defense is one of the top defenses in the league for many reasons. Defensive coordinator Todd Bowles has done an excellent job of adjusting when needed to allow for the defense to come up with key plays and stops in crucial situations.

However, there is a vulnerability that has shown back to the game against the Chargers where there are holes deep in the defensive backfield more often than not each week. I do expect Drew Brees to exploit that throughout Sunday’s game. I was expecting Aaron Rodgers to hit those plays but he didn’t and I’m not sure how much the weather played a role (30-plus MPH winds at times). The weather forecast doesn’t look that great for Sunday night. That will have to be Tampa Bay’s 12th man against Brees and the Saints offense.

Brees is unable to keep the New Orleans offense on the field.

If you were Sean Payton, how would you game plan to attack the Tampa Bay defense?

Basically in the way I previously stated, attack deep and attack often.

You heard ‘em – Saints win. Thank you, Gil, for taking the time to answer our questions. Saints fans, make sure you check out Jeff and the work his guys are doing over at Bucs Nation. You can follow Bucs Nation on Twitter @Bucs_Nation, Gil @GilArciaBUCS, and of course, you can follow me @MaddyHudak_94. Who Dat!