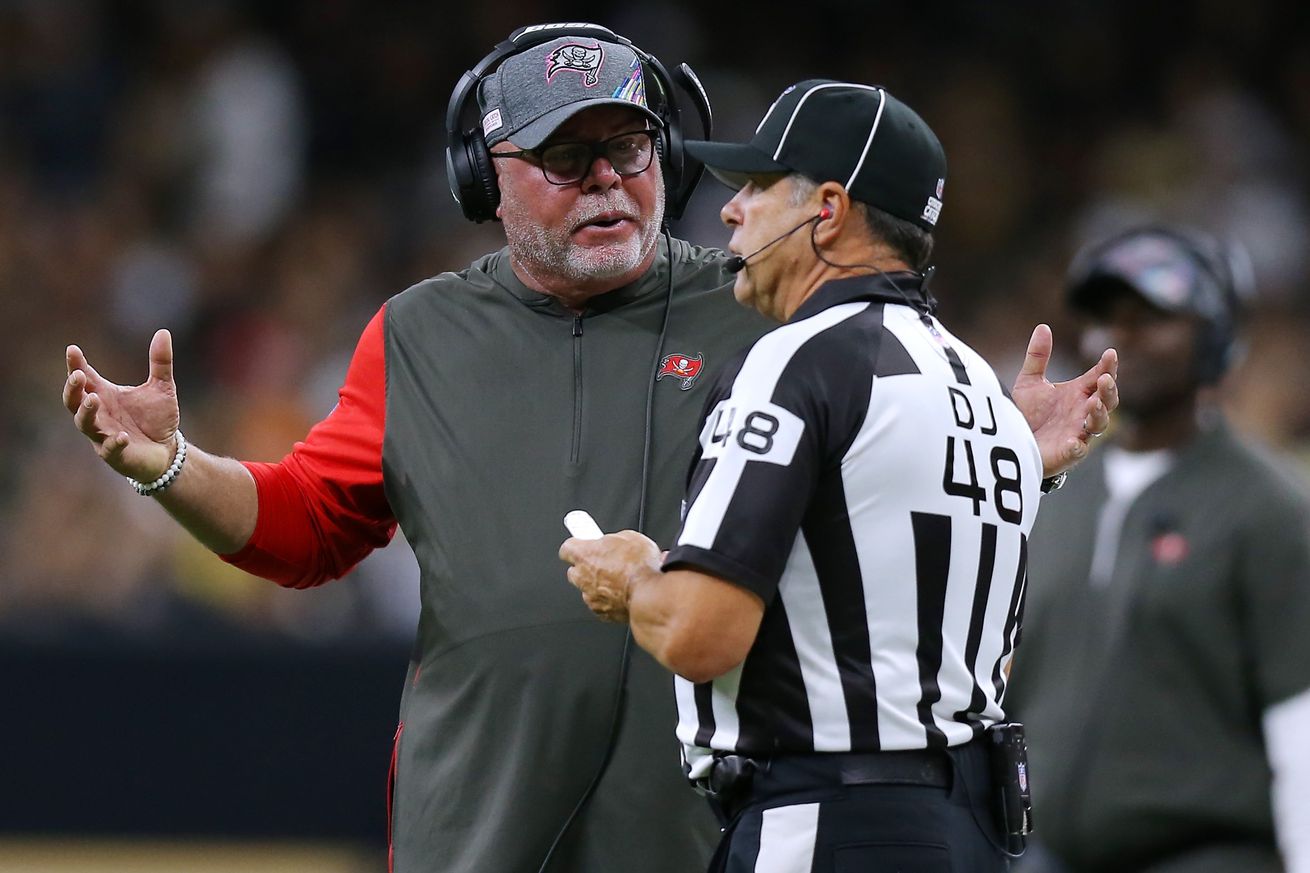 Our pal Gil Arcia of Bucs Nation joins us to preview our highly anticipated Week 1 showdown.

We’re back, baby! The return of football has brought has the return of our Interview with the Enemy series. This week, Gil Arcia of Bucs Nation answers 5 quick questions before our Week 1 kickoff to the 2020 season: the New Orleans Saints hosting Tom Brady and the Tampa Bay Buccaneers.

What are the expectations right now in the Tampa Bay fanbase now that the Buccaneers have added Tom Brady and Rob Gronkowski?

The fans right now seem to be on Cloud 9 — for the offense especially. The addition of Brady and Gronkowski have clearly allowed for that to be the case. There is optimism, but also a lot of cautious optimism because the trend in history has always been that no one knows which version of this Bucs team we will see. So while expectations for the most part are high, there are still some that are tempering those expectations.

Who is one player on the Tampa offense that Saints fans might not be too familiar with who could make an impact on this game?

Wide receiver Scotty Miller is a guy not many know about outside of Tampa Bay for the mere fact he hasn’t been very active offensively. Miller has had his struggles, but there have been some positive vibes out of the limited camp this season from the coaches on Miller’s play in practice. With Brady under center, he may be more present and see more passes go his way now as Jameis Winston had a tendency of being extremely off the mark with him due to his speed.

What about on the defensive side?

I’ll just come out and say it. Rookie safety Antoine Winfield, Jr. This kid has made his presence felt early and often throughout practices as he has been all over the field creating turnovers. He’ll be tested often by Drew Brees and the Saints offense. But I do feel the 2020 second-rounder will be something special even in his rookie season and it could very well start in Week 1.

Unless the defense plays like they did the first half of last season.

I can see the Saints winning. I also can see the Bucs winning, mainly because Brady will not be making the same quarterbacking mistakes everyone is used to seeing from the position. This is a game that can honestly go either way.

Thank-you, Gil, for taking the time to answer our questions. Saints fans, make sure you check out Gil and the work his guys are doing over at Bucs Nation. You can follow Bucs Nation on Twitter @Bucs_Nation, Gil @GilArciaBUCS, and of course you can follow me @ChrisDunnells.