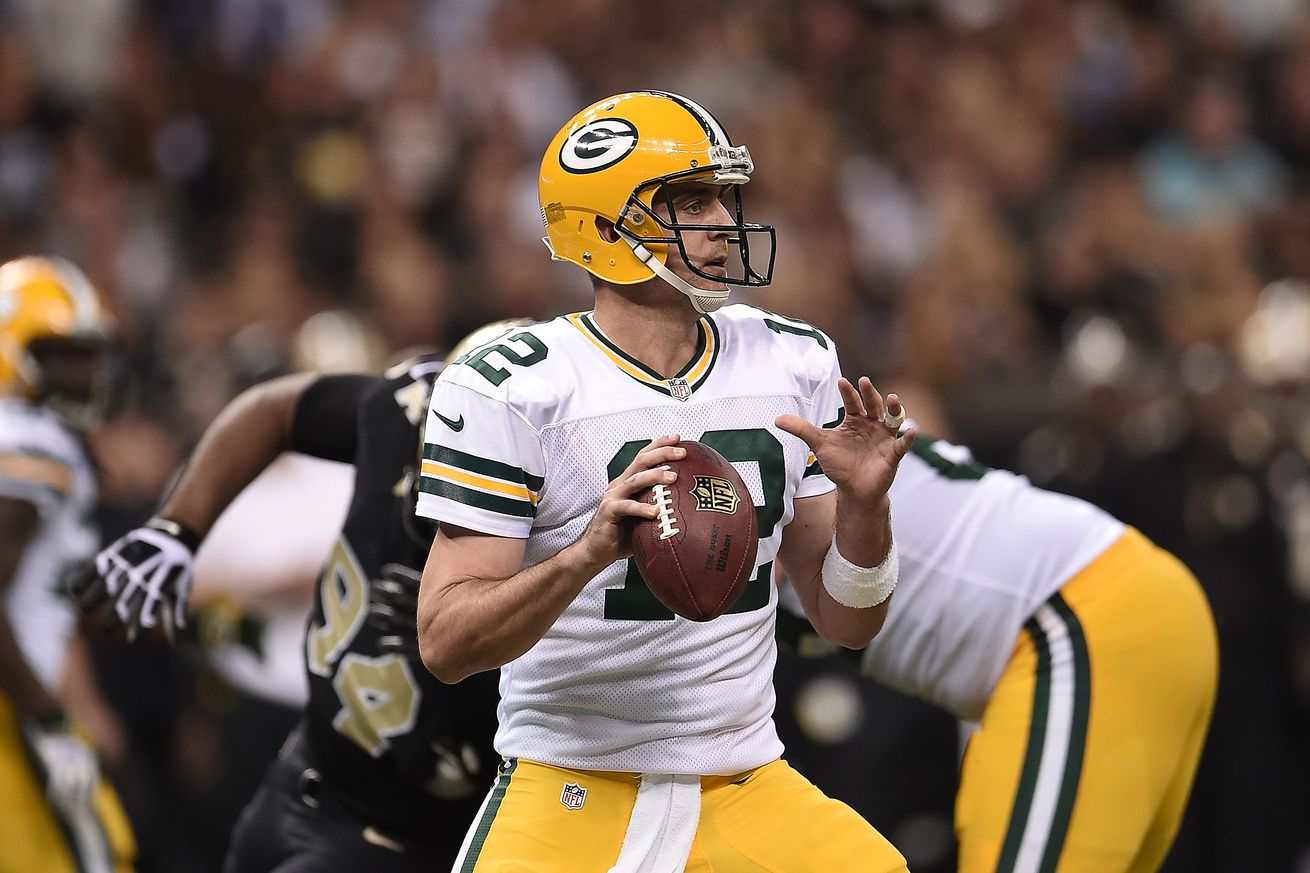 Another week of football, and another week of our Interview with the Enemy series. This week, Jon Meerdink of Acme Packing Company answers 5 quick questions before our Week 3 Sunday Night Football showdown: the New Orleans Saints welcoming Aaron Rodgers and the Green Bay Packers into the Superdome.

How is the health of the Packers team? Specifically, what’s the status of Davante Adams?

Overall, the Packers are pretty healthy with a couple of noteworthy exceptions. Their offensive line has been a bit nicked up; Billy Turner was their presumed starter at right tackle going into the season after spending all of last year at right guard, but he hurt a knee late in training camp and hasn’t played yet. Lane Taylor, their starting right guard, tore his ACL in Week 1, which has been a real bummer for the staff at APC. He battled back after tearing his bicep early last season, took a pay cut to stay in Green Bay, and now has to deal with another season-ending injury. The Packers have done fine replacing both Turner and Taylor, but it’s never a great thing to be testing your offensive line depth this early in the year.

Elsewhere, the injuries come down to a couple of big names. Kenny Clark injured his groin late in the first half of the Packers’ Week 1 win over the Vikings and hasn’t practiced since. I wouldn’t expect him to play this week, and it seems fairly likely the Packers will just hold him out through their Week 5 bye, given how groin injuries can tend to linger.

Davante Adams, meanwhile, didn’t play after injuring a hamstring on Sunday, but I’d expect him to be good to go for the Saints game this week. Though he didn’t play much down the stretch in Week 2, Matt LaFleur characterized his absence as precautionary, and I get the sense that if the game had actually been close, Adams would have been out there.

On offense, I’m tempted to go with left guard Elgton Jenkins, who’s quickly become one of the league’s premier guards after the Packers took him in the second round in 2019. He even filled in for a spot start at right tackle in Week 1 and battled Yannick Ngakoue to a stalemate. But good though he may be, offensive linemen aren’t all that exciting, so I’m going to direct your attention to wide receiver Allen Lazard instead.

Lazard had a dynamite college career, finishing up his time at Iowa State as the Cyclones’ all-time leading receiver. But, probably in part because he merely starred at Iowa State, he went undrafted in 2018 and bounced around a bit before landing in Green Bay. Lazard got his first extended playing time last season and did well, collecting 25 catches for 477 yards and three touchdowns. So far this season, he’s picked up right where he left off — and then some. He’s been one of the most efficient receivers in the league so far: he ranks sixth and second, respectively, in Football Outsiders’ DYAR and DVOA numbers for receivers.

On defense, I’d direct Saints fans to secondy-year safety Darnell Savage Jr. for a couple of reasons. First, he’s the player the Packers ultimately picked up with the extra first round pick they acquired their 2018 trade with the Saints, which may be of interest to some. (They did trade up from the pick they got from the Saints, but functionally he’s what that trade landed them). But secondly, and more importantly, if there’s one major weak link on the back end of the Packers defense, he’s it. He hasn’t taken much of a step forward in his second year, and seems to be making more rookie-ish mistakes now than he did in the first half of last season. Adam Thielen beat him badly for a score in Week 1 and he took bad angles in run support at least twice in Week 2, letting the Lions turn what would have been moderate gains into big plays.

The Packers will win this game unless Drew Brees and Sean Payton carve up their defense. And given how the Packers’ defense has performed for the first two weeks this season (and really, for the balance of the Mike Pettine era), there’s a good chance that the Saints are going to be rolling offensively for at least part of Sunday’s game. In 30+ games with Pettine as their defensive coordinator, the Packers really haven’t put together a wire-to-wire defensive effort against anybody but the most bottom-feeding of NFL quarterbacks. If Drew Brees has anything left in his throwing arm, he could have a big game this week.

If you were Sean Payton, how would you game plan to attack the Packers defense?

I’m not a betting man, but if I was, one thing I’d do for sure is hammer the over in this game, whatever it is. The Packers have looked like an offensive juggernaut through two weeks, and they’ve left points on the field in both games. They’re two dropped touchdown passes away from putting up 50 in both their games so far this season. Now, they may yet be exposed as paper tigers — nobody’s going to confuse the Vikings or Lions for the ‘85 Bears — but they’re rolling so far. And with the Saints having the talent they do on offense and the Packers having the defense they do, it’s hard to see anything but a shootout Sunday night.

As to who wins, I still lean Packers until they prove otherwise, but I don’t feel great about it. I have enough questions about the defense to make me think the Saints are going to move the ball effectively. I think the Packers take a shootout. Final score: 35-31.