What’s the feel at Saints camp?

New Orleans Saints training camp is in full swing, and the national analysts are beginning to take notice. NFL Network’s Ian Rapoport visited for their Friday practice session while making his tour of camps around the league, and he was just as impressed with Michael Thomas as the rest of us.

“I saw Michael Thomas run a bunch of routes today. He looked, I thought, excellent. He looked awesome,” Rapoport emphasized during an appearance on the Pat McAfee Show, “Secondary’s really, really deep. If Jameis (Winston) is just fine, I think the Saints are gonna be looking at a playoff team.”

Rapoport also made note of the rapid progress that Jarvis Landry and Chris Olave have made since landing in New Orleans, giving Winston a three-deep set of weapons that can compete with anyone in the NFL. Obviously there’s more work to do be done, and he conceded that it’s not wise to draw too much away from a single August afternoon, but clearly the Saints made a strong impression on him.

So did Thomas, who the team has taken care to ramp up as camp has continued. Thomas made his debut in 1-on-1 passing drills and immediately swept Paulson Adebo in two matchups, snaring a reception in both of his routes against the most impressive corner in town. Now he’s progressed to work in 7-on-7’s, and it’s only a matter of time before the Saints give him the green light to participate in full-squad sessions. If he’s healthy and playing as well as Rapoport and everyone else believes, New Orleans should be on the fast track to the postseason. 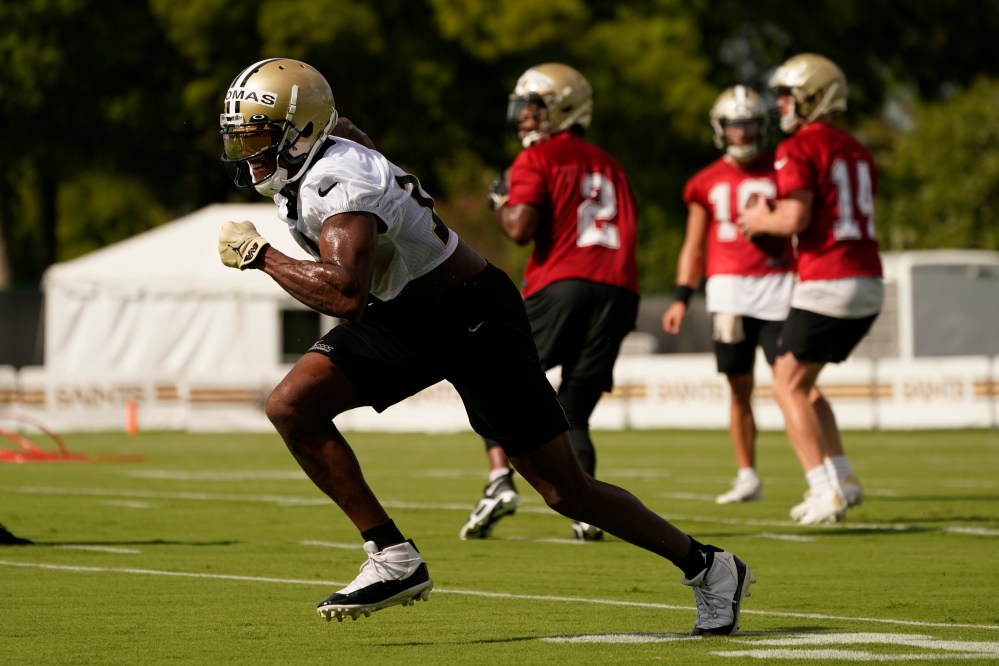