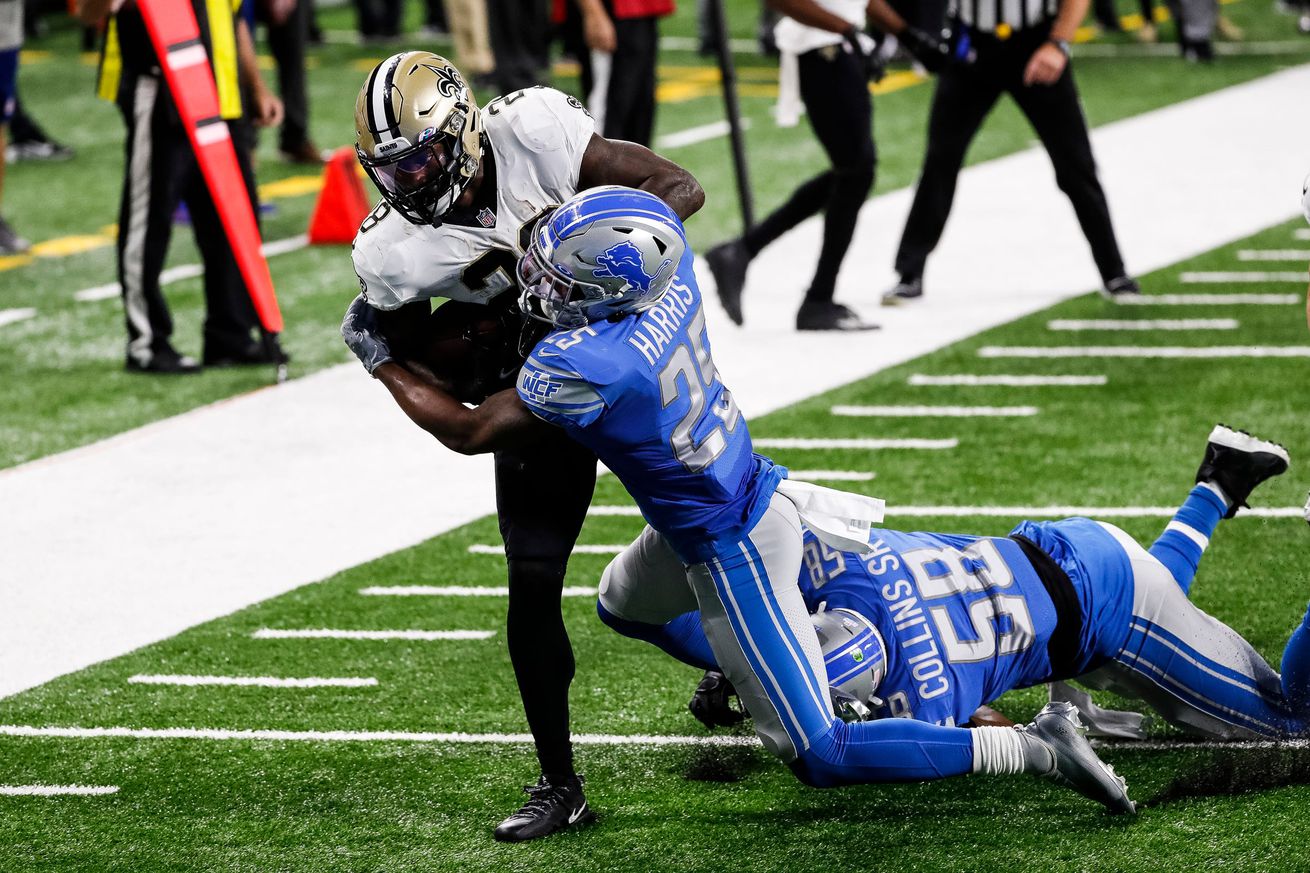 The run offense has the potential to square up against the Chargers run defense, which is currently sitting squarely in the middle of the league at 110.8 yards allowed per game. Expect a heavy dose of Latavius Murray on Monday night, as the Saints try to wear down the offense and keep rookie Justin Herbert off the field.

For the Saints, it’s all about comfort. Getting Murray involved is clearly a priority this year, with Murray getting 44 carries to Alvin Kamara’s 50 this season. That ratio is awful close to a back like Kamara, who is ostensibly the bellcow in this offensive system. However, Murray’s bruising style is becoming more and more of a factor in the Saints and Sean Payton’s offense.

Before addressing running offenses and running defenses, let’s address what doesn’t work. The Saints will have to move away from putting Taysom Hill in the shotgun to dive forward for 3 yards. The gimmick is no longer effective, and it is putting the Saints in negative down-and-distance situations.

The elephant in the room heading to Monday will be the status of guard Andrus Peat and tackle Ryan Ramczyk. Ramcyzk in particular is an integral part of the Saints’ offense, as one of the best right tackles in the league. If he isn’t able to play, it could really affect the gameplanning. Terron Armstead can obviously pick up the slack from the left side.

For the Chargers, leading tackler and rookie Kenneth Murray Jr. appears to be recovered from an ankle injury, as he practiced in full on Thursday. The same is true of safety Rayshawn Jenkins. Star OLB Joey Bosa, however, did not practice.

If Bosa doesn’t play and Ramcyzk does, expect to see the Saints attack the right tackle spot early and often. That would immediately become a vulnerable spot in the Chargers’ run defense.

All things told, the Saints have one very clear advantage: They’re going up against a young quarterback. The goal should be to get the offense the ball back early and often. If they can do that, expect a big day for Murray. In games where the Saints are controlling the clock, he appears to be the go-to.

The Chargers have a tall task ahead of them on Monday. They’re going up against a Saints team that is going to have a lot of confidence. The Saints will undoubtedly be looking to build off the momentum of Week 4’s win over the Lions, albeit in less dramatic fashion. If that proved to be a get-right week for the Saints — who floundered in the two weeks previous and had to pass entirely too much against the Packers — then expect the Saints to play an extremely bruising style of football and shoot for at least 55 percent runs.