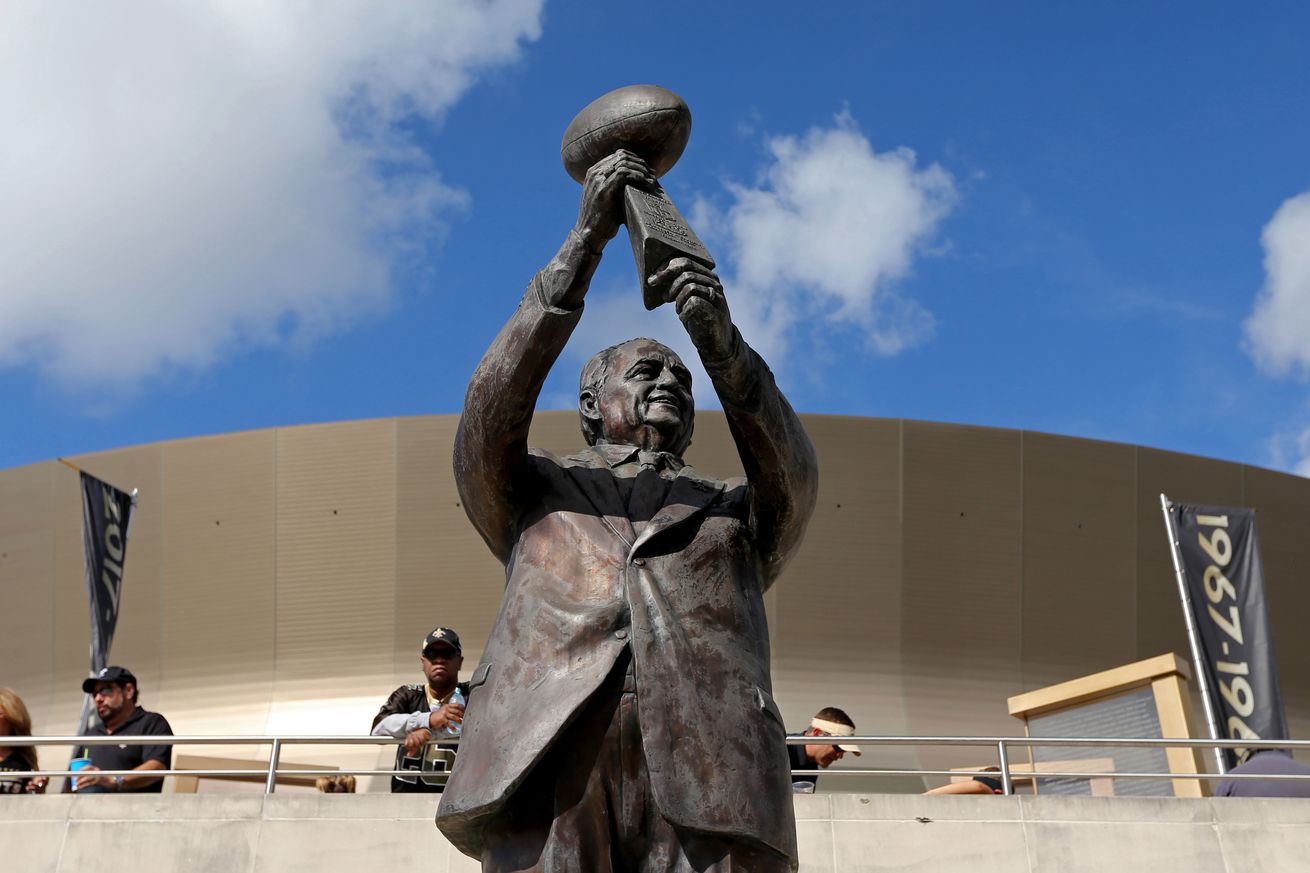 Even before the storm, rumors had swirled for months that Saints owner Tom Benson wanted to move the team from New Orleans. Here is the story of how his plan almost came to fruition.

For me, my Hurricane Katrina story started inside the Superdome. It was Friday August 26, 2005, and I accompanied two friends to the New Orleans Saints preseason game against the Baltimore Ravens.

The storm had just been upgraded to a Category Two hurricane with a projected path closer to the Florida panhandle than the Louisiana coast. I’ll never forget the palpable anxiety inside the venue that would soon host thousands of evacuees, only 48 hours later.

My mind was not on the game. Instead, I eavesdropped on worried Who Dats all around me as each contemplated what the storm could mean if it strengthened or turned in our direction. I remember thinking, “should I even be here right now or should I be home watching the news and preparing to evacuate?”

As Hurricane Laura just exemplified, we were soon to learn that low wind shear and high water temperatures across the Gulf of Mexico would strengthen Katrina significantly over the next 12 to 24 hours.

A friend offered me a place to evacuate to, and another offered to drive as I didn’t have a car. I packed a small bag with one pair of sandals, no socks, two pairs of shorts, one pair of pants, and a few tank tops. After battling contraflow, it took us almost ten hours to get to Washington, Louisiana 77 miles west of New Orleans.

I wouldn’t be back in the city until four months later when my school, Loyola University, finally reopened and resumed classes. The New Orleans Saints wouldn’t return to the Superdome until 13 months later on September 25, 2006 when Steve Gleason famously blocked a punt from the Atlanta Falcons on Monday Night Football.

In fact, the Saints may not have returned at all if it weren’t for NFL Commissioner Paul Tagliabue’s refusal to allow Tom Benson to relocate the franchise to San Antonio, Texas.

In April of 2005, Benson had halted lease negotiations with the state of Louisiana due to a stadium dispute. The Saints were under contract to play in the Superdome until 2010, but certain provisions allowed Benson to opt-out prematurely.

A billionaire with a large portion of his business and real estate holdings located in Texas, it was rumored Benson wanted to move his NFL franchise to this new market. Even San Antonio mayor Phil Hardberger, Texas Governor Rick Perry, and Dallas Cowboys owner Jerry Jones were on board and supportive of the potential move.

It seems hard to image now, but Saints fans who were aware of Benson’s alleged intentions were fiercely combative with him during the months post Katrina. While leaving the Saints’ dismall “home” loss to the Miami Dolphins at LSU Stadium in early September 2005, Benson swatted a media camera and got into a shouting match with a disgruntled Saints fan.

Then, Benson fired the team’s longtime business executive Arnold “Arnie” Fielkow, who was a staunch supporter of the Saints remaining in New Orleans. While attending the reopening of Cafe Du Monde, Mayor Ray Nagin publicly lambasted Benson and said, “We want our Saints, we may not want the owner back.”

Louisiana native and NFL Hall of Fame quarterback Terry Bradshaw put together a group of investors to try and buy the Saints in order to keep them in New Orleans, but Benson refused to sell and reaffirmed his wish to pass the franchise down to his grandchildren.

Even after the Saints experienced their best season to date in 2006, Benson waited until April 2009 to finalize a deal keeping the Saints in New Orleans until at least 2025. His good faith investment in the Saints was almost immediately rewarded with the franchise’s first and only Super Bowl Championship.

A lot has happened in the past fifteen years.

Since 2005, the Saints have been to the playoffs eight times. They’ve won eight playoff games and lost seven. They’ve won a Super Bowl. They’ve also ended seasons multiple times in the most heartbreaking ways including the Minneapolis Miracle and the infamous no-call against the Los Angeles Rams.

All of that success, as well as all of that heartbreak, may not have happened in New Orleans if the NFL and former Commissioner Tagliabue didn’t agree with the Who Dat Nation that this city was worth revitalizing and reinvesting in.

Professional sports are showing us now, more than ever, that they aren’t just games for our entertainment. They are symbolic of the human spirit and its ability to overcome adversity. On this 15th Anniversary of Hurricane Katrina, we can be thankful for many things.

I am thankful the Saints are still here, but mostly, I’m just thankful New Orleans is here at all.