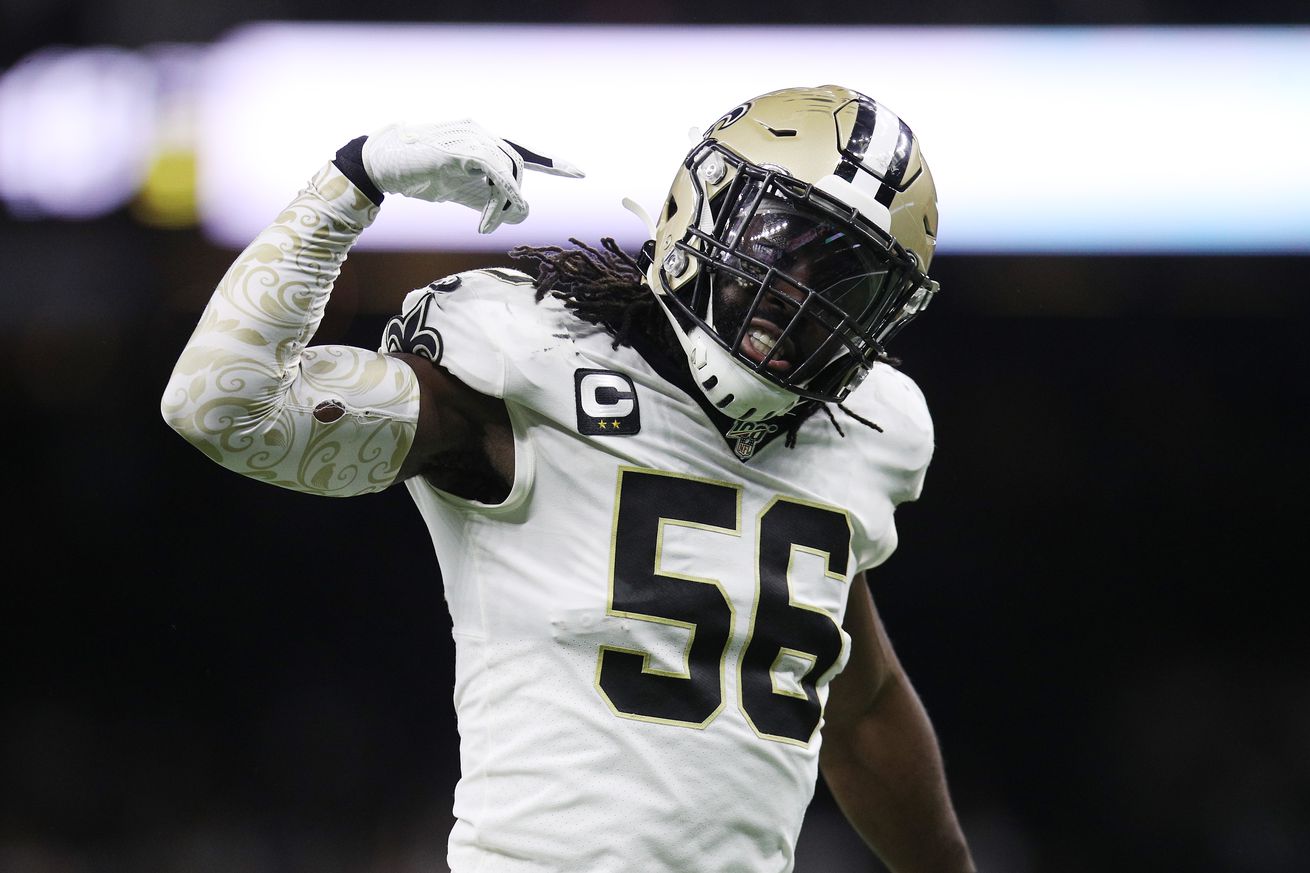 Davis went from an average linebacker to an elite one within a few years. But what caused it?

As a matter of fact, while with the New York Jets and Cleveland Browns, Davis was considered by some to be a liability in coverage and a gap-shooter in run defense.

All of his talent — the 4.49 40 yard dash and 38.5 inch vertical jump at 235 pounds at the NFL Combine — and elite leadership traits he’s always had, were going to waste on terrible teams. And by the time his fifth season with the Jets rolled around, he was almost 30 years old.

This isn’t to say he was a bad player before he arrived in New Orleans. But the linebacker position is one that is very dependent on the factors around you.

If your secondary isn’t providing your backers with a consistent safety net in coverage and your defensive line isn’t taking on double teams effectively and keeping them clean in run defense, it’s going to be tough for your LBs to consistently make plays.

This is what made the Saints such a good fit for Davis is 2018. They had the talent in the secondary and the D line, but they needed that leader at the linebacker position to mesh it all together. And Davis did that.

Not only was it evident on tape that he was a stud in his two years in NOLA, but the numbers and analytics back up that he took his play to another level once he arrived in The Big Easy.

In his first year with the Saints, he reached a career-high grade of 74.6, before improving that to 90.1 last year, which was the second-best grade among all qualifying NFL linebackers.

And if you include postseason performances, he’s numero uno at 90.3.

This improvement was aided by being surrounded by talent in Dennis Allen’s defense and being put in positions that allowed him to utilize his strengths.

Davis has always been explosive. But when previous D lines he played behind didn’t fit their gaps against the run, his explosiveness couldn’t really be on display.

The 3-technique defensive tackle to the right (#92) is responsible for the backside B gap in the graphic above, and he just misses his assignment. One mistake like this allows a hole for a big run and makes the whole defense look bad.

The Saints don’t let these mistakes happen as often, clogging up gaps and taking on double teams effectively, allowing linebackers like Davis to roam around and make plays on ball-carriers. It’s why they’ve been arguably the best run defense in the league over the past few years.

It may not look like much, but the 1-technique defensive tackle to the left of the center (Shy Tuttle-#99) taking on this double team and getting across the center’s body is huge here. The Dallas Cowboys are trying to run behind a Zone blocking scheme, and that center wants to work off of Tuttle and get to Davis at the second level.

Tuttle engaging and eating up that double team keeps Davis clean and allows him to make the play on Ezekiel Elliot for no gain.

According to PFF, Davis was tied for the sixth-most run stops (tackles for a loss or very short gain on early downs or tackles short of the sticks on late downs) among qualifying LBs in 2019, and he had the fourth-highest run stop percentage, at 10.3 percent.

This means he was making a positive play for the Saints defense on over 10 percent of the running plays against them. That’s pretty impressive when you think about it, considering he was one of four LBs in the league to be over 10 percent in that category.

This was also by far the best percentage in that respect of his career.

The biggest step Davis took with the Saints was in coverage. He went from being pretty limited from the inside linebacker spot to being a menace on underneath patterns, as well as being able to carry crossing routes in Zone coverage occasionally.

Part of this is because of how he was being deployed in Todd Bowles’s defensive scheme in New York. Not only was their secondary bad, but they had Davis doing things in coverage that didn’t fit his strengths.

Davis is a a speedy, strong backer who is great in a straight line and in pursuit angles of pass-catchers. The one thing he’s not necessarily great at is flipping his hips and backpedaling in Middle-of-the-Field coverage.

So what’d the Jets do? They placed him as the deep MoF coverage backer in Cover 2 a good bit in 2017, where he was expected to drop, turn and shuffle downfield.

And don’t get me wrong, he held his own at times, but it’s just not his forte. This misplacement of talent aided in him giving up over 10 yards per reception and over an 80 percent catch rate in three out of his five years in New York.

What the Saints did was place Davis at the weak-side linebacker spot, and they gave him the primary responsibility of destroying check-downs, underneath patterns and quick outs from the flats more often.

This allows him to often-times utilize that elite burst and power in a straight line on pursuit angles to running backs, tight ends and slot receivers in front of him.

He’s also improved a lot in man coverage and deep coverage, when he’s been called on to do so. But mainly, he’s been put in a position to succeed by Dennis Allen, which is the primary goal coaches should have for all players — use their strengths.

This is why we saw Davis produce arguably the best coverage season of any linebacker in 2019. He allowed the lowest yards per reception among qualifying linebackers, at a stingy 6.2 YPC, and was tied for third in pass break-ups, with eight, via PFF. That’s a career-best by five PBUs.

The linebacker position might be tied to the performance of other defenders, but honestly, that can be said about any position.

At the end of the day, the Saints needed Demario Davis as much he needed them in 2018. And signing him was one of the best decisions a really successful front office has made in a while.