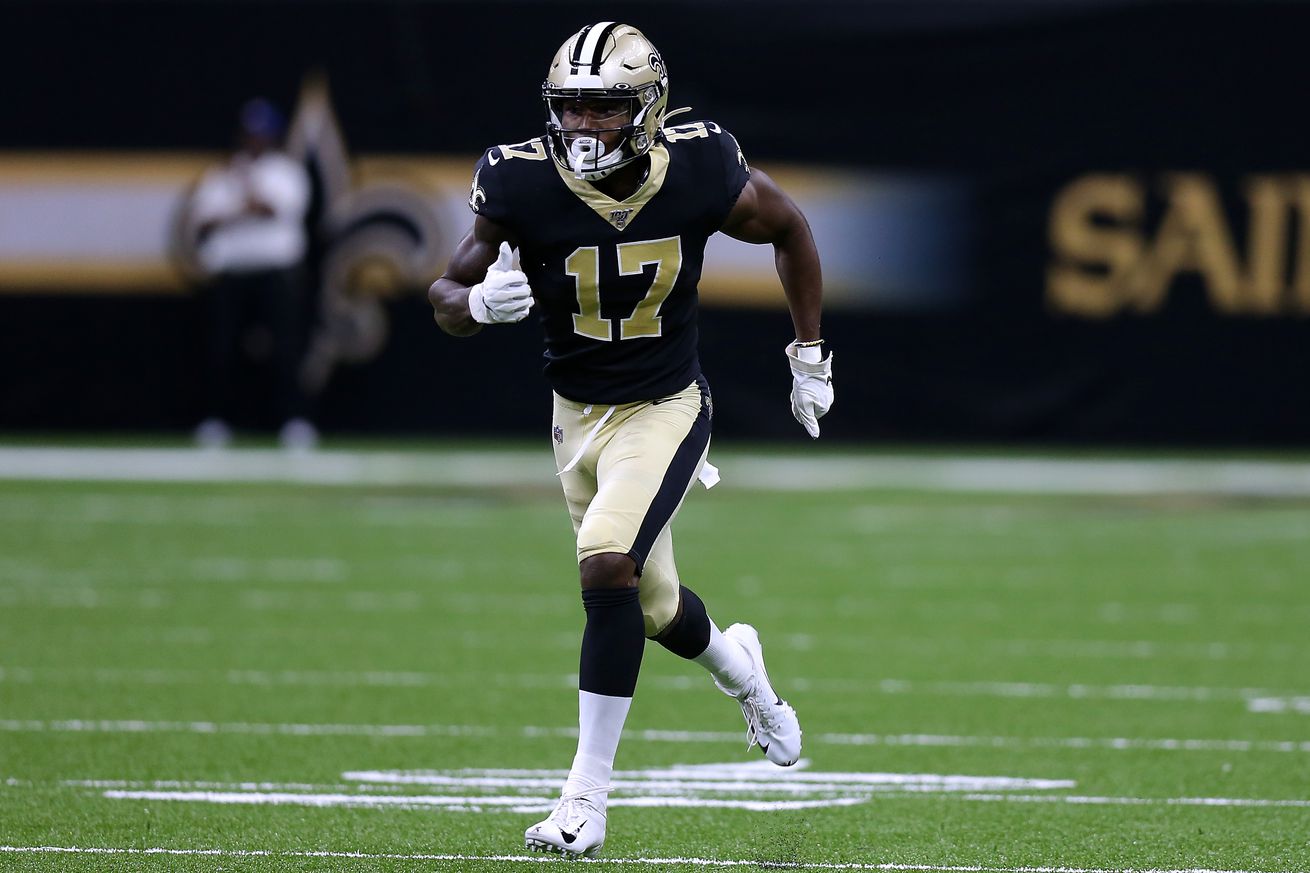 According to Vegas Insider, the Saints are tied with the San Francisco 49ers as the 3rd most likely team to win Super Bowl LV, with only the Kansas City Chiefs and the Baltimore Ravens with better odds.

Former Saints wide receivers Cameron Meredith and the recently waived Emmanuel Butler had a tryout with the Detroit Lions.

The Saints and Alvin Kamara are reportedly “hoping to finalize” a lucrative extension “in the next few days.”

Gayle Benson comes in at #249 on Forbes’ annual 400 Richest People in America.

Film Study: 4 ways the Saints can attack the Bucs through the air – Canal Street Chronicles

An analysis of 4 different offensive options for the Saints against the Tampa Bay Buccaneers.

Sports journalist Clay Travis predicts on FOX Bet Live that the Buccaneers will be the Saints, saying, “The Saints typically aren’t that good in week one when they go up against anybody at home in their opener.”

Following Leonard Fournette’s first practice with the Tampa Bay Buccaneers, head coach Bruce Arians says Fournette will “have a solid role in the plan for the week.”

Saints and Pro-Bowl RB Alvin Kamara are “extremely close” to a lucrative new extension that the two sides are hoping to finalize in the next few days, per sources. The deal would silence any recent trade speculation and keep Kamara in New Orleans during the prime of his career.

“He’s one of those players that has good football I.Q., so it’s good to give him some additional work… he’s got some versatility”@PjWilliams_26 embracing expanded role in #Saints secondary ⤵️https://t.co/I2DrYf68TY