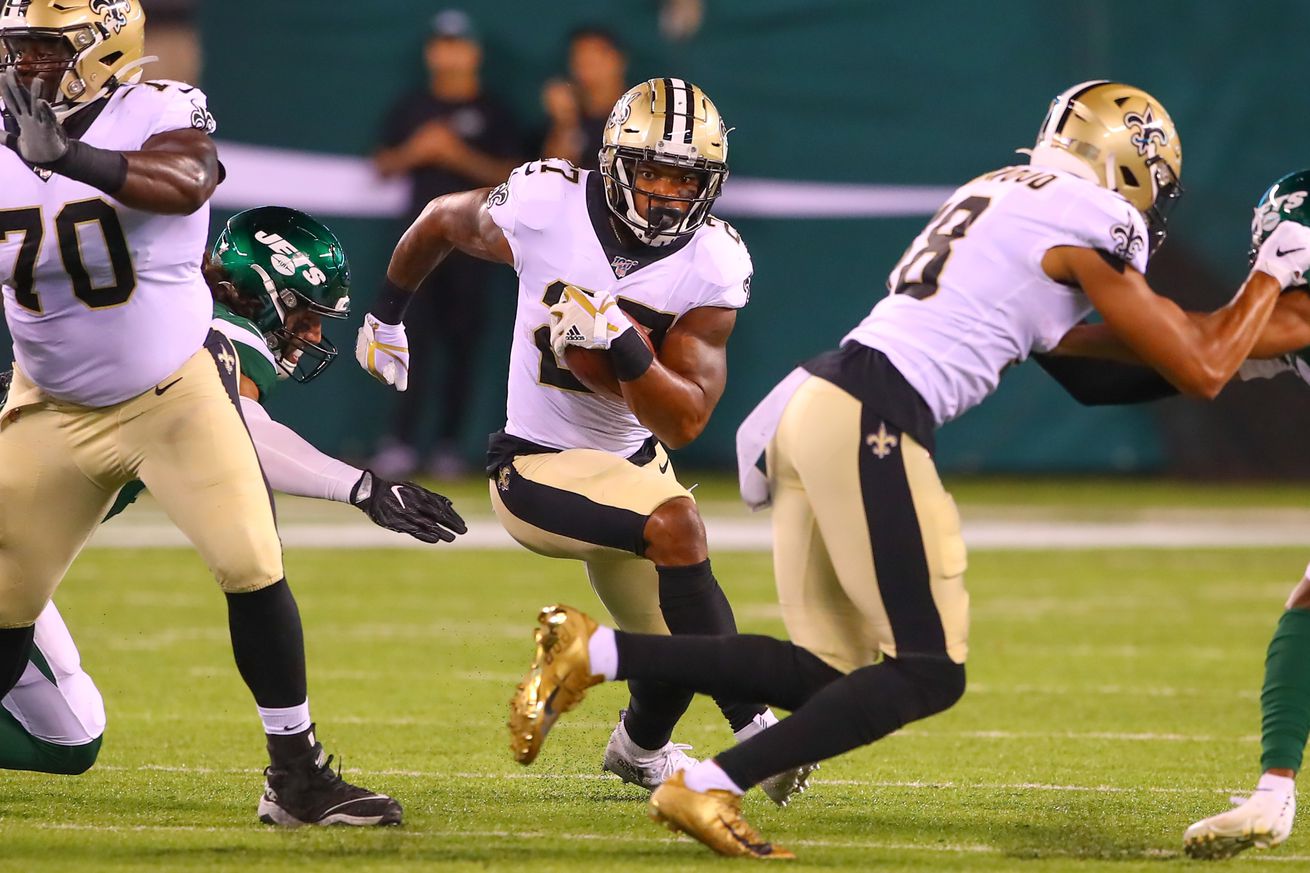 After missing 9 games in the past 2 seasons, Andrus Peat has put in work during the offseason to come back in better shape than ever before, especially with the confidence of Sean Payton behind him.

Alvin Kamara still seems to be in contract negotiations with the Saints, but Sean Payton does not seem concerned, saying, “I’m confident . . . we’ll get this done.” (Tweet below)

A poll conducted by SB Nation reveals that 56% of fans think Michael Thomas should be the first wide receiver drafted in fantasy football.

Running back Dwayne Washington remains on the COVID-19 list after 9 days, a stark contrast to the other Saints players placed on the list previously, such as Zach Wood and Kaden Elliss.

A preview of the week 1 matchup between the Tampa Bay Buccaneers and the Saints.

A look at the Saints unofficial depth chart. (Tweet below)

Sean Payton said he won’t speak directly about contract negotiations, but ended his answer re: Alvin Kamara this way: “I’m confident that at some point we’ll get this done, and we’ll let you know when that happens.”