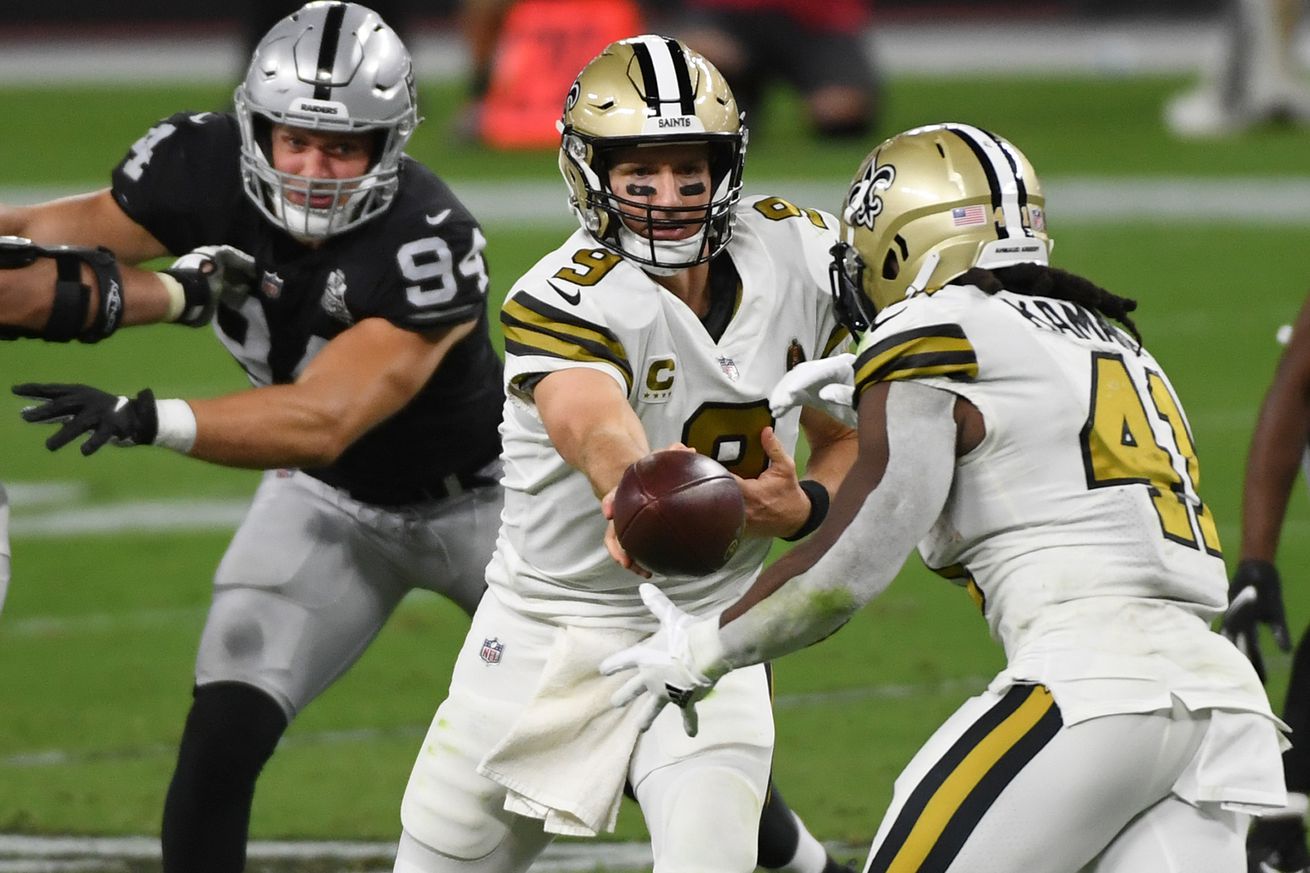 Alvin Kamara had a good game against the Las Vegas Raiders, rushing for 79 yards overall, and scoring two touchdowns.

Drew Brees discusses the loss to the Raiders, saying that the team was not “in sync,” but also dismisses any comments regarding the fact that he might be slowing down a bit as a quarterback.

A brief recap of the Saints/Raiders week 2 game.

Despite their loss to the Las Vegas Raiders, the Saints are still the favorites to beat the Green Bay Packers in week 3.

A video clip of Alvin Kamara’s first rushing touchdown against the Raiders.

The Saints sent Michael Thomas’ ankle MRI to surgeon Robert Anderson in Green Bay, who determined that Thomas has a high ankle sprain, and Thomas will travel to visit Dr. Anderson this week.

Panzura, a cloud storage company, has signed a 5-year deal to be the “official cloud hybrid partner of the New Orleans Saints,” meaning Panzura’s cloud file system will be used “to store both training and game day video.”