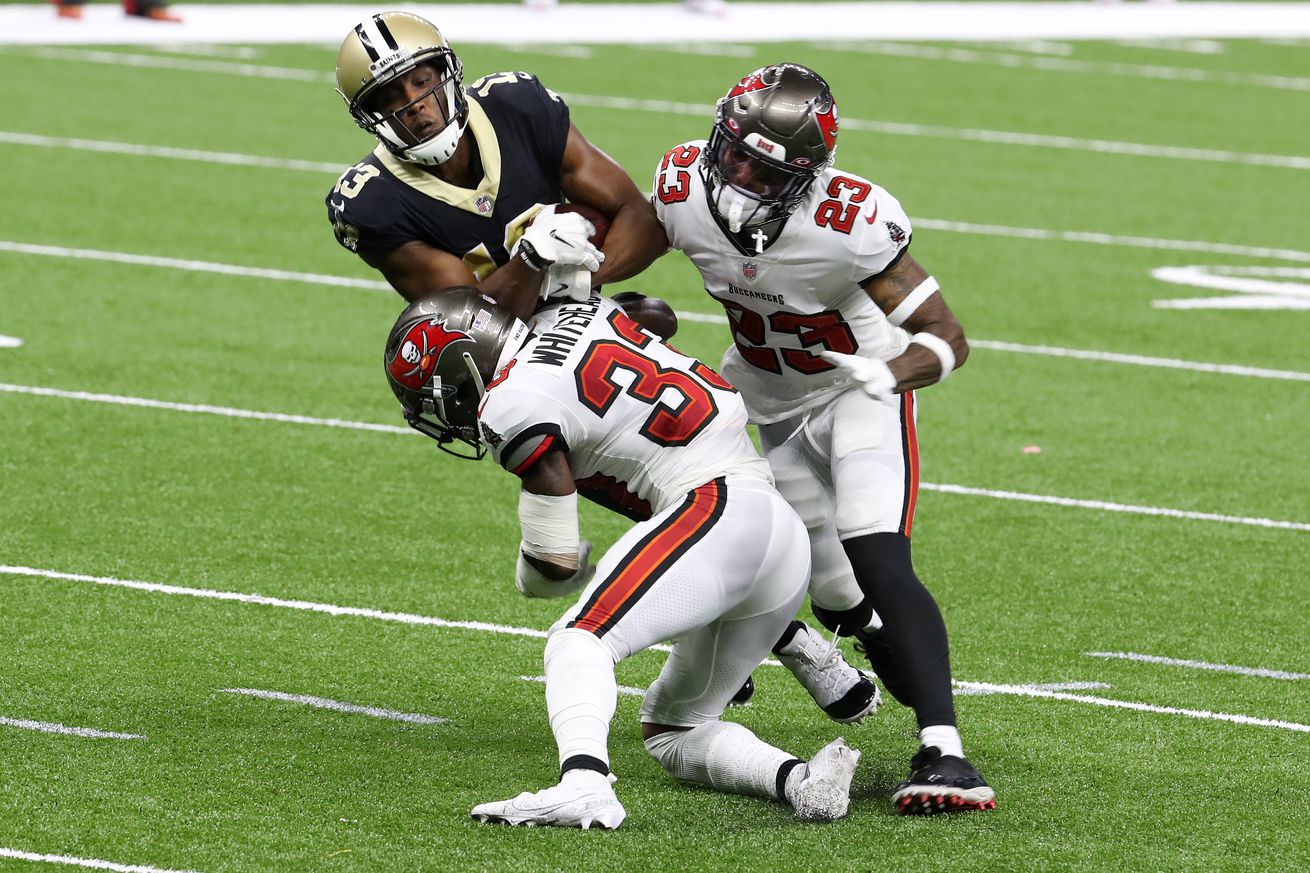 The ankle injury suffered by Michael Thomas turns out to be worse than expected, and Thomas is expected to miss multiple weeks, though Saints fans will want to keep an eye on whether or not Thomas goes on IR.

Who is Saints’ next man up if Michael Thomas sits? Here are 4 options, and 1 wild card – NOLA

With the Saints missing their WR 1, Emmanuel Sanders, Jared Cook, Alvin Kamara, Tre’Quan Smith, and Taysom Hill could all receive more targets in the coming weeks.

Bounce TV will re-air all 2020 Saints games on the Tuesday following the game at 7:00 pm CST on Bounce TV-New Orleans.

Saints-Bucs sets 4-year ratings high on Fox; here’s how it broke down in New Orleans – NOLA

Report: Trent Brown may play this week against Saints – Silver and Black Pride

Las Vegas Raiders’ right tackle Trent Brown, who left the Raiders’ week 1 game early due to a calf injury, has not been ruled out for the week 2 game against the Saints.

Saints are 6.5-point road favorites in Week 2 over the Raiders – Saints Wire

According to BetMGM Sportsbook, the Saints are expected to win by 6.5 points, with “a final score in the neighborhood of Saints 29, Raiders 22.”

So far sources I’ve checked with say it’s too early for a definitive timetable on Michael Thomas. But obvious concern he could be sidelined Monday at the very least. Will be a good sign if the Saints don’t place him on IR since players only have to be on IR for 3 weeks this year. https://t.co/MYXsjP2saw