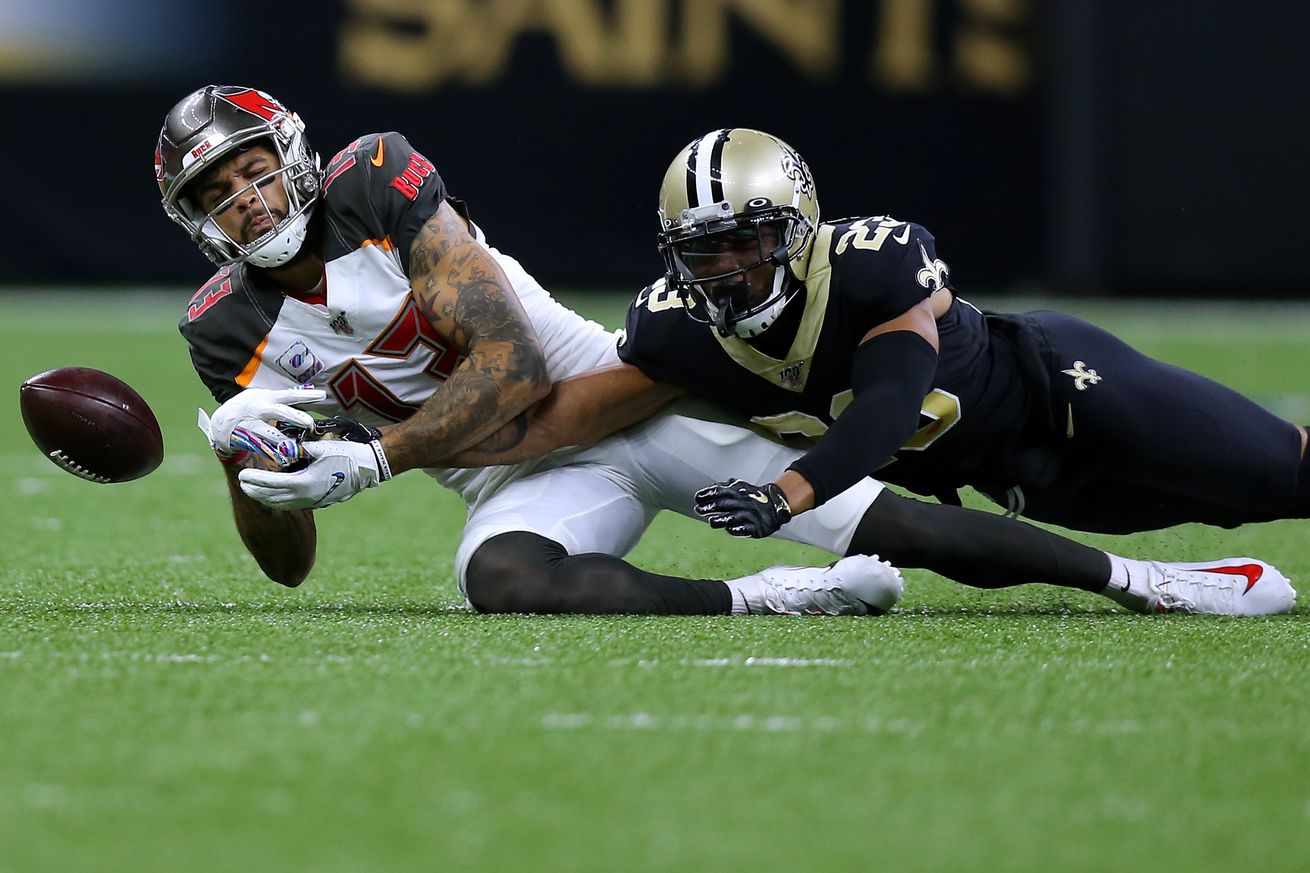 While he has not announced that this will be his final season, quarterback Drew Brees is saying things like, “I’m on borrowed time,” and “I’ve got nothing to lose.”

Rookie punter Blake Gillikin goes to injured reserve after not practicing due to a back injury.

Defensive end Marcus Davenport and guard Cesar Ruiz did not practice on Wednesday.

‘It could have been me:’ Saints RB Alvin Kamara to wear Ahmaud Arbery’s name on helmet – NOLA

Running back Alvin Kamara says that he will wear Ahmaud Arbery’s name on his helmet in honor of the 25 year old man who was fatally shot in Georgia, near Kamara’s hometown.

Tampa Bay Buccaneer’s wide receiver Mike Evans missed practice on Wednesday due to a hamstring injury, and “he will likely be a game time decision.”

Brees on the piped-in crowd noise at games with no fans:

“I think what they are allowing is quite a bit less than what the Dome would be capable of getting up to” pic.twitter.com/NwlS4H8Ncj

“For me, and everybody in the room, we just know we’ve got to go out there and battle, no matter what.”@shonrp2 discusses the possibility of facing two of the most productive receivers in Sunday’s season opener ⤵️ https://t.co/rjGByhvuE3

The Saints placed rookie punter Blake Gillikin on the injured reserve. He didn’t practice due to a back injury. Roster at 52.

Then, signed defensive end Marcus Willoughby to the practice squad. That’s 16 now for the PS.