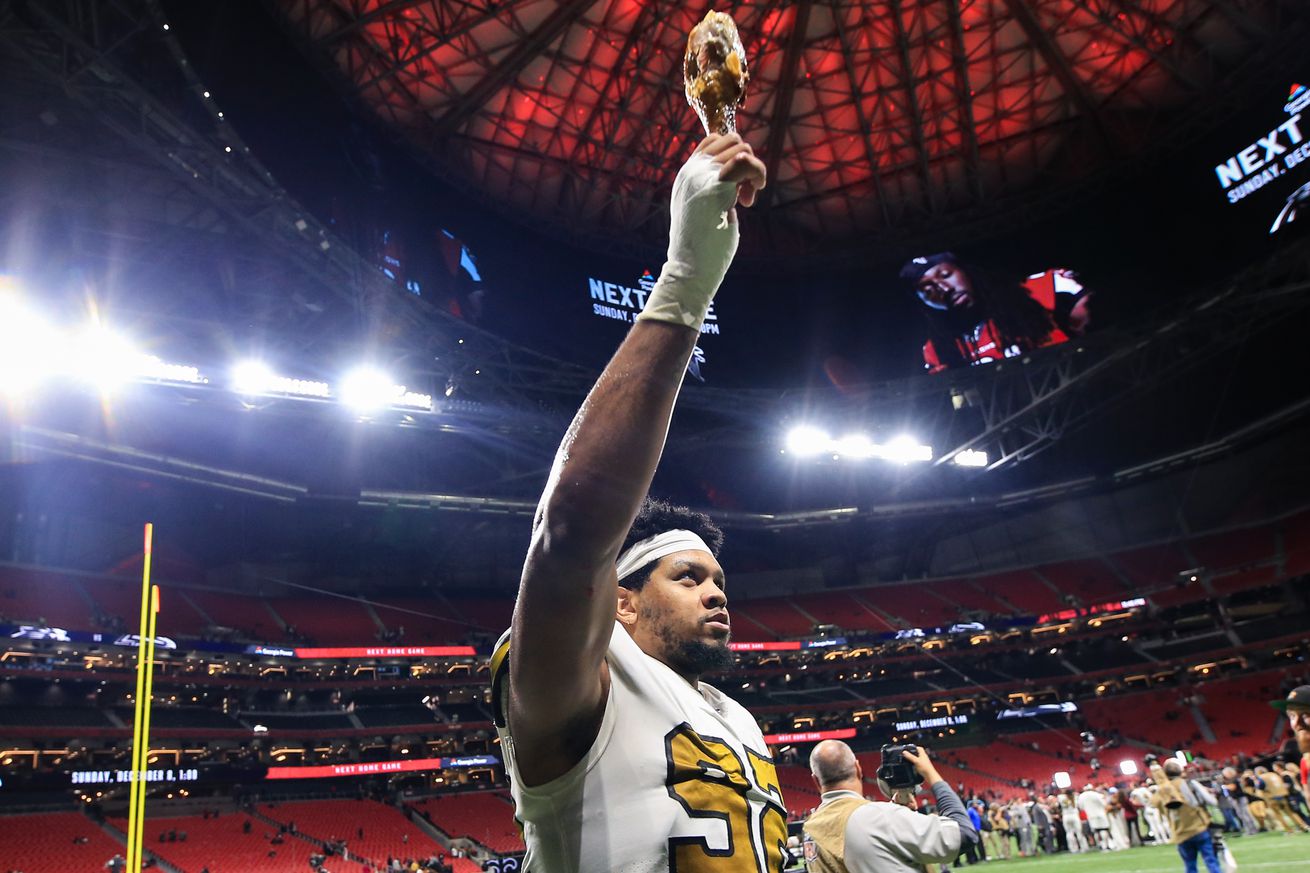 While Marcus Davenport was limited Wednesday, he missed Thursday’s practice and is now listed as “elbow/toe,” while Andurs Peat, Jared Cook, and Marshon Lattimore did not practice at all; Janoris Jenkins, Michael Thomas, and Chase Hansen were all limited.

Alvin Kamara: Saints will ‘get back on track and everybody will shut up’ – NFL

Alvin Kamara isn’t worried about the Saints’ performance, saying, “When you’re losing it’s easy to point fingers, say this and say that. But we’ll get back on track and everybody will shut up.”

“[S]tretching the field and making the passing game a threat moving,” should be the Saints’ priority moving forward.

The latest to contact LaToya Cantrell about letting Saints fans back in Superdome? Roger Goodell – NOLA

NFL commissioner Roger Goodell e-mailed New Orleans mayor LaToya Cantrell about how he is “looking forward” to Saints fans returning to the Superdome.

Nike released a new shoe, Air Zoom Pegasus 37, which has a Saints variation.

Saints WR On NFL Officiating: What’s Going On With These Refs? – The Spun

Wide receiver Emmanuel Sanders released a statement regarding the referee’s treatment of the Saints, saying, “I’ve been in the league 11 years, I’ve never seen the calls that they make and then the calls that we don’t get.”

Safety C.J. Moore was the only Detroit Lions player who missed Lions’ practice Wednesday ahead of the game.

4 #Saints did not practice today

So how does @A_kamara6 get his amazing physical balance? ⚖️