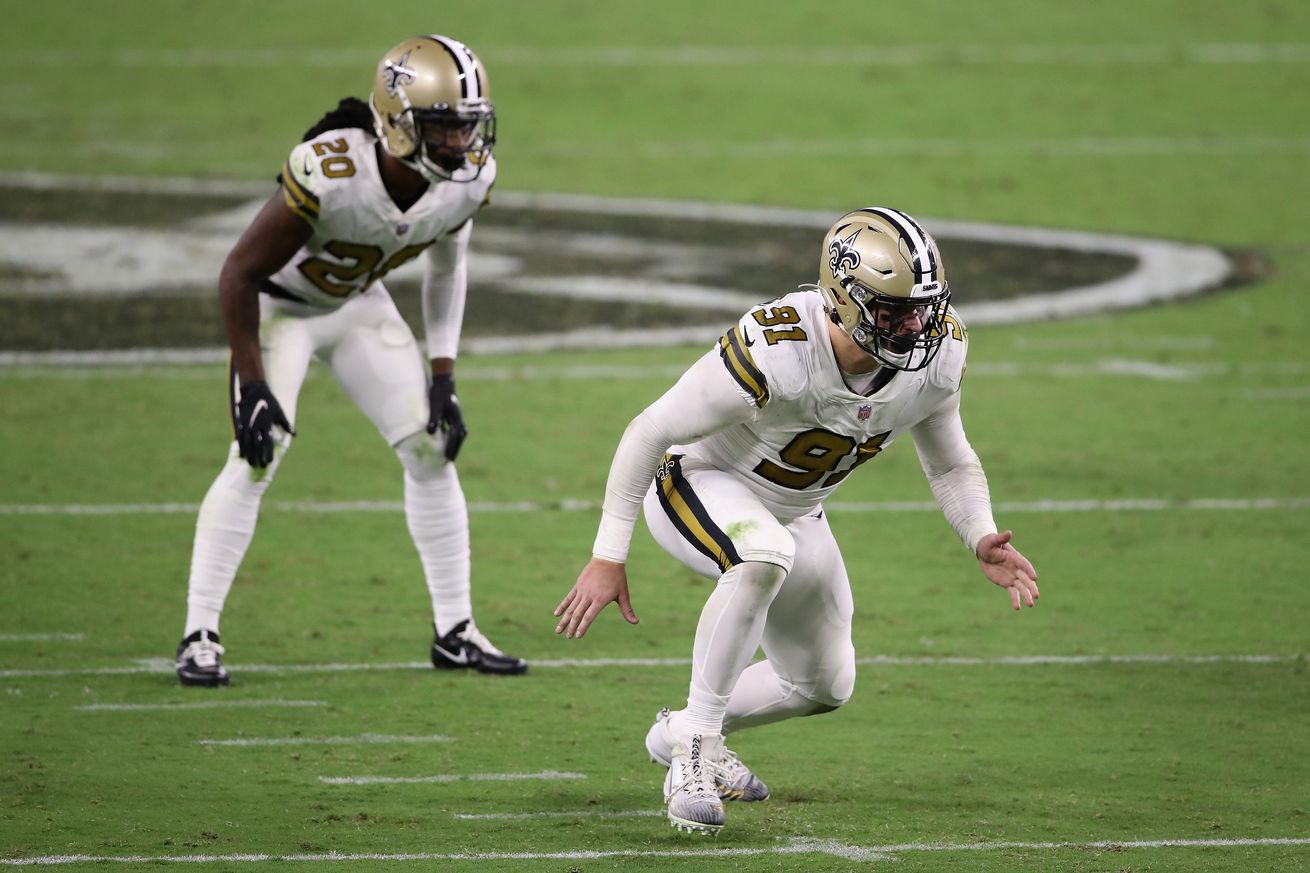 The Saints are favored by more than 7 points against the Los Angeles Chargers for Monday Night Football.

After falling to 0-5, the Atlanta Falcons have fired their head coach Dan Quinn and general manager Thomas Dimitroff.

According to multiple analysts, the Saints still remain near the top of NFL teams that will make it to Super Bowl LV.

Los Angeles Chargers’ rookie quarterback Justin Herbert will be a difficult challenge for the Saints, in part because there is so little professional footage of him.

After reportedly punching C.J. Gardner-Johnson, Michael Thomas has been suspended for Week 5’s game against the Los Angeles Chargers.

Los Angeles Chargers’ star running back Austin Ekeler has been placed on injured reserve, officially ruling him out of the Monday Night Football game against the Saints.

Janoris Jenkins, Justin Hardee, and Deonte Harris have all been ruled out for Saints’ Week 5 game against the Los Angeles Chargers, and Andrus Peat, Jared Cook, Marcus Davenport, Marshon Lattimore, and Sheldon Rankins are all questionable.

Saints’ WR Michael Thomas had an altercation with a teammate at practice this weekend, per league sources. Saints now disciplining Thomas by sitting him Monday night, when he was being listed as questionable with an ankle injury.

#Saints star WR Michael Thomas punched teammate Chauncey Gardner-Johnson during a fight in practice, per sources. That’s why Thomas was ruled out for Monday’s game against the #Chargers for what the club is calling team discipline.