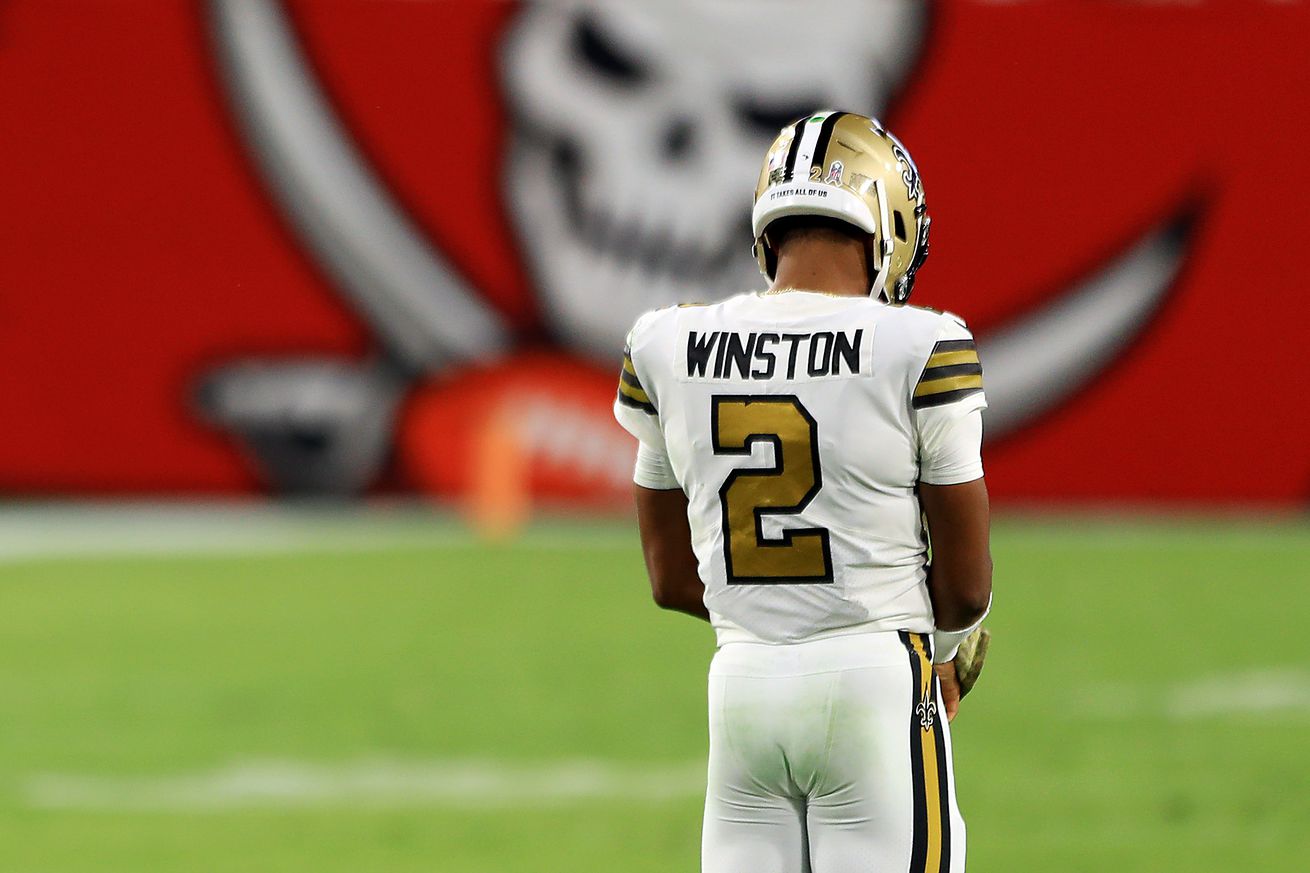 A new T-shirt from Breaking T with a black and gold color pattern saying, “Eat the W” is now available.

The Saints now the leaders in the NFC South, and are currently 3-0 in divisional games.

‘Delete the tape’: Twitter reacts to Bucs’ loss to Saints

A look at Twitter reactions from fans of the Tampa Bay Buccaneers after their loss in week 9.

NFL analyst and former Pittsburgh Steelers safety Ryan Clark says, “If [the Saints] play like this, then New Orleans gets another Super Bowl.”

Walker: Trey Hendrickson having a breakout season, but Saints’ DE hungry for so much more – NOLA

Trey Hendrickson says, “The works not done,” as he is currently 3rd in sacks in the 2020 season, with only 1 1⁄2 sacks separating him and the two players in front of him, Myles Garrett and Aaron Donald.

Michael Thomas addresses the suspension after punching C.J. Gardner-Johnson, saying, “I’ve grown from that, and I’m here to help my team win games and to finish the mission: To win a championship.”

Saints’ Trey Hendrickson is now 3rd in the NFL with 7.5 sacks, only behind Aaron Donald (9) and Myles Garrett (9)

❓Is New Orleans the team to beat in the NFC?