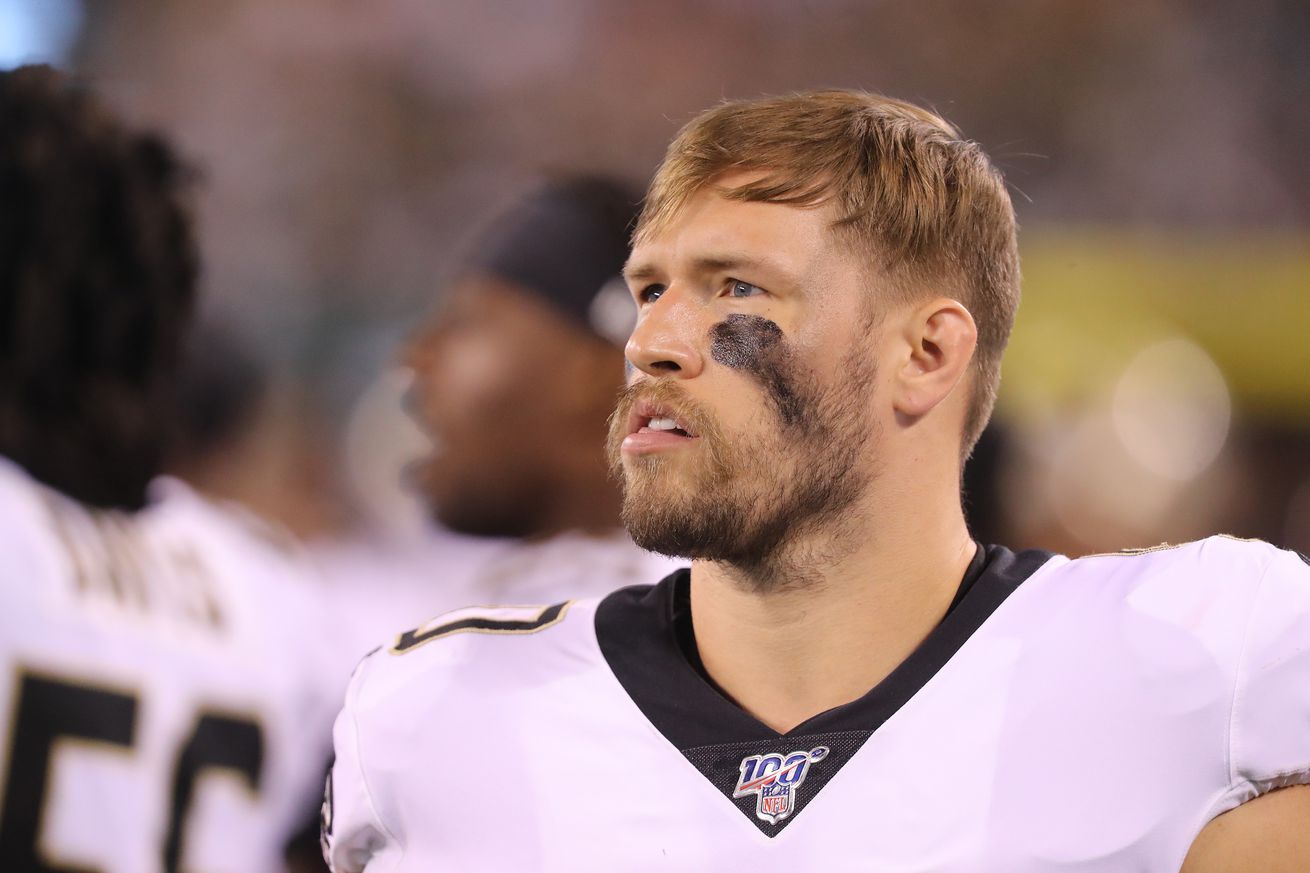 While multiple teams have canceled training camp as a form of protest, New Orleans Saints players wore the name of Jacob Blake, a man who was shot and killed by police, on their helmets.

A look at the life and career of former Saints guard Jahri Evans, including his journey to the NFL and his brief stint with the Green Bay Backers.

Wynton McManis, former linebacker for CFL’s Calgary Stampeders, worked out with the Saints on Thursday.

Over the past two seasons, linebacker Demario Davis has become an elite linebacker.

Former Saints linebackers Will Compton and Jayrone Elliott have signed with the Tennessee Titans and the Pittsburgh Steelers, respectively.

Saints punter Thomas Morstead talks about his thoughts leading up to the “Ambush” play in Super Bowl XLIV.