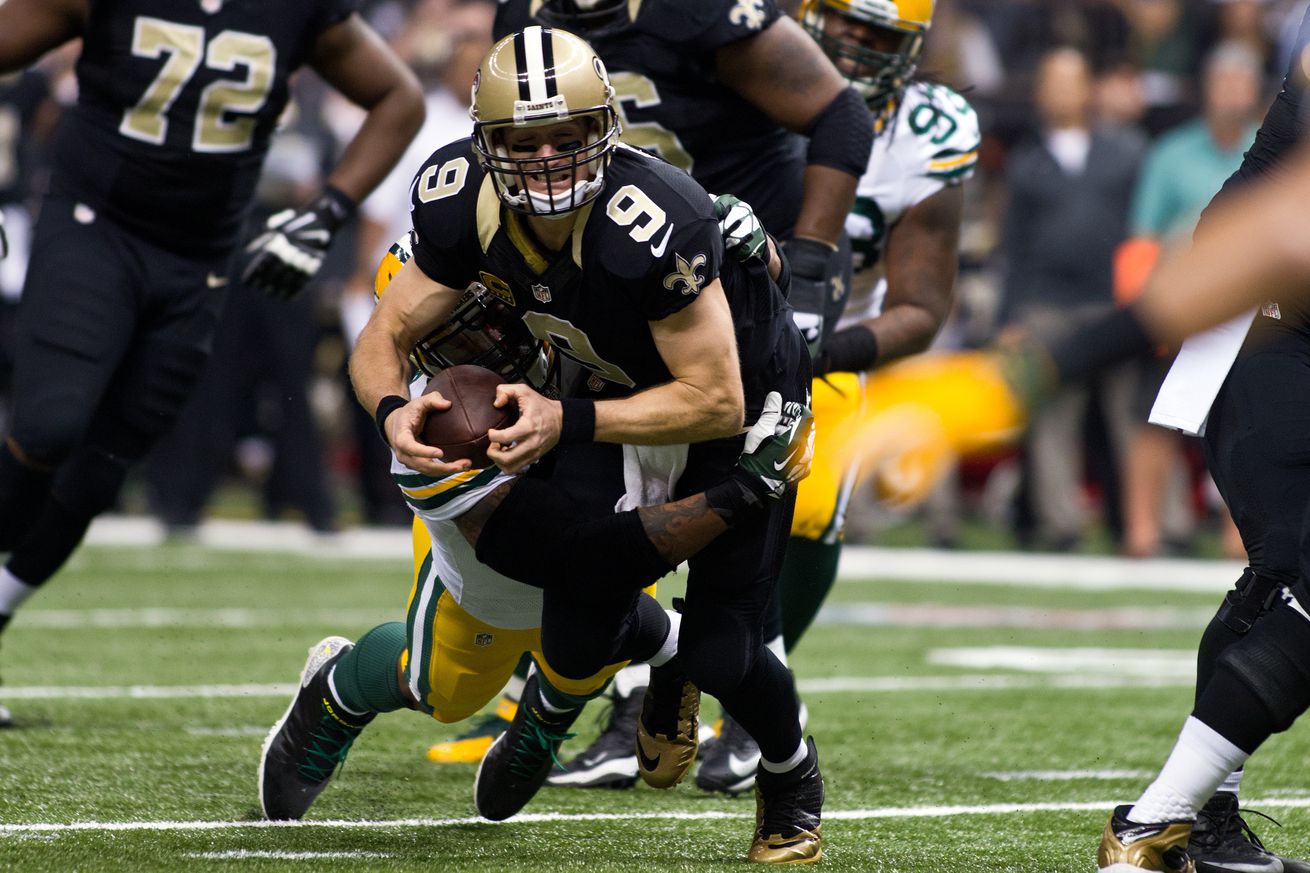 After clear and obvious struggles in against the Las Vegas Raiders, can the Saints pull it together against the Aaron Rodgers and the Packers?

Last week I started this off by saying that the New Orleans Saints “look to have shaken their early-season struggles.” Well, the Week 2 performance against the Las Vegas Raiders would beg to differ. The Saints folded in the Gambling Capital of the World and now return to the Big Easy where it will be anything but easy hosting the Green Bay Packers and an offense that has been on fire.

Which Saints defense will travel back to Poydras?

With so much excitement generated after the Saints’ Week 1 victory over the Tampa Bay Buccaneers and Tom Brady, it was a massive let down to see the defense fall short against Derek Carr and a lesser band of weapons. Not that the Raiders’ weapons are slouches by any means, but they aren’t the arsenal that’s been built up in Tampa Bay. Now, the Green Bay Packers come to town averaging 208.5 rushing yards and just under 300 yards passing over their first two games while scoring an average 42.5 points. Now of course, they put these stats up against the Minnesota Vikings and Detroit Lions who have had trouble stopping either teams they’ve played, but the Saints should hope it’s true that what happens in Vegas stays in Vegas. Because they more than certainly will want to keep that defensive performance in the Sin City.

I’m not sure how I feel yet about how much of a help Michael Thomas would have been in the Week 2 loss. Certainly he could have contributed both directly and indirectly to greater offensive efficiency. But with the off night had by Drew Brees and the defense, it’s hard to gauge whether or not they still would have struggled. With that, rushing Thomas back probably isn’t the best idea for the long-haul of the season. That said, he is reportedly determined to beat his 2-4 week return timetable. He’d definitely be a big help if healthy, but is the risk worth it if he’s not 100%?

Will the Saints let Kamara cook?

Borrowing this from Russell Wilson I know, but hell why not? Alvin Kamara total 179 total yards against Las Vegas and could have done so much more averaging over six yards per carry. Unfortunately, the Saints played from behind after not being able to score from the 5:22 mark of the second quarter to less than five minutes left in the fourth. All while giving up 24 straight points. Hard to keep the run game active when you can only run the ball five times after that penultimate score in the second quarter and only get five total snaps in the third. The Packers have struggled against running back so far this season. They’ve ranked 24th in defensive DVOA against opposing RBs. Football Outsiders’ DVOA measures the success of every NFL snap and compares it to a league average. The Packers allow a RB success rate (run or pass) at 30% over the average NFL team. That’s a substantial matchup for Alvin Kamara who has looked great this season.

How can the Saints score enough to keep up with Green Bay?

If this game turns into a shootout, the production by the Saints offense we’ve seen over the last two weeks would be sure to fall short. However, if the Saints begin to meld there are three specific positions they can use to attack and keep pace with the Packers. Again, this is all assuming the Saints get their groove back on offense as they have the last few seasons after sluggish starts. As mentioned above, the Saints RBs are in for a good matchup against the Packers, especially if Kenny Clark is out again or on a pitch count. New Orleans can also take advantage of any production they can get from their strong-side receiver/flanker and their tight ends.

Saints fans were very excited about getting a WR2 in Emmanuel Sanders this offseason. If Tre’Quan Smith plays the Michael Thomas role again, production from Sanders should be available. Going back to DVOA, the Packers rank 29 in the NFl defending an opposing WR2 and dead last at 32nd against opposing tight ends. That tight end allowance? A whopping 94.6% success above average. Jared Cook wasn’t the factor many expected in Week 2. He has a fantastic matchup here in Week 3 to make good on that.

Can Drew Brees and the Saints offense fix the miscues?

A ton of talk this week has centered around whether or not Drew Brees was “done” or “washed”. Even though I won’t personally subscribe to that level of doubt just yet (I usually approach the season by quarters), there’s no denying Brees hasn’t looked his best. But the idea that he needs to push the ball down the field in order for an offense that hasn’t done that since 2016 to work doesn’t hold water for me. I’m more concerned with the lack of execution in the elements of the game in which the Saints usually thrive. Timing, pace, accuracy, ball placement. Those are the areas where we’ve seen, not just Drew Brees, but this offense struggle. Can they turn it around in about a big a “must-win” game as you can have this early in the season?

What are your biggest questions ahead of the Saints-Packers Week Three matchup on Sunday Night? Let us know in the comments. Make sure you follow Canal Street Chronicles on Twitter at @SaintsCSC, “Like” us on Facebook at Canal Street Chronicles, and make sure you’re subscribed to our new YouTube channel. As always, you can follow me on Twitter @RossJacksonNOLA and subscribe to my daily Saints podcast, Locked On Saints.