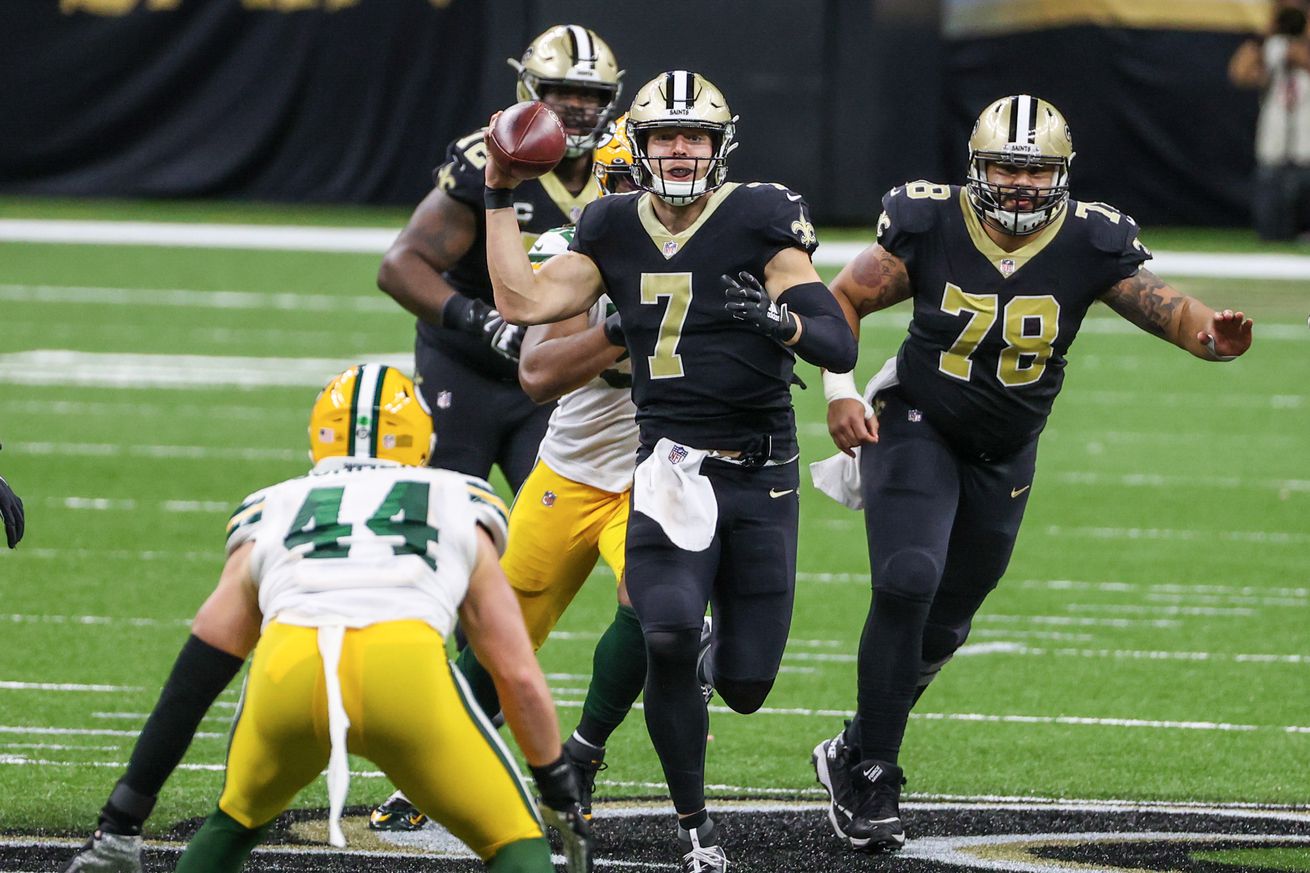 The New Orleans Saints had no business winning Monday’s game against the Chargers. Yes they showed grit, and yes they fought to get back into the game and eventually win 30-27 after trailing 20-3. But that doesn’t change the fact that the offense spent a good portion of the night looking anemic and the defense definitely has some serious issues to resolve in the secondary.

One of the most glaring holes in Sean Payton’s gameplan is becoming more and more apparent week by week: The Taysom Hill gimmick isn’t working. Now that’s a really hard pill to swallow, because the Saints just shelled out $16 million for Hill this offseason. But Hill’s role in the Saints’ offense is becoming increasingly predictable.

The top-down numbers support this. Hill is averaging just 3.5 yards per carry this season after averaging over 5.0 YPC in his first two seasons under Payton. On top of that, Hill has attempted two passes on the year. Perhaps teams are realizing that Hill threw the ball a combined 13 times in his first two seasons with the Saints, and they’re willing to take the risk of getting burned deep to keep him from running all over them.

Going back to Week 1, here’s an example:

Payton dialed this play up on 3rd and 2. Despite the Saints playing in a spread offense, the Buccaneers are showing no respect to the pass. There’s no safety high, everyone is stacked in the box, and when Alvin Kamara is sent in motion prior to the snap his man just leaves him. The result is an overload for the Bucs that ends in a 5-yard loss and a punt.

This is the core problem of the Hill-run offense: The nuance is lost. There aren’t pre-snap reads, what you call is what you get. Even though Kamara could be wide open streaking down the sideline, the defense doesn’t have to respect the possibility. That is inherently limiting.

This play was the turning point in the Saints Week 3 showdown against the Packers. Now first of all, this isn’t entirely Hill’s fault. Josh Hill completely ignores Za’Darius Smith coming around the end, but Smith is able hone in on Hill (Taysom) on the read option. Hill tends to keep on these, so the end is able to focus on him and make a play. Hill fumbles, and the Saints give up a critical turnover.

It’s also worth looking at what it looks like when a Hill play works.

Payton’s most baffling call against the Chargers somehow turned out to be his best. On 3rd and 4 with under two minutes left and down by seven, the Saints run a counter power run for Hill, taking the ball out of Drew Brees’ hands. The Chargers lack of discipline leads to them over-pursuing the play action to Kamara, and gives Hill an easy path to the end zone. The Saints, of course, would go on to win in overtime.

The biggest benefits of Hill are in their simplicity. He falls forward, he can lead a defense the wrong way, and when used properly he gives the offense an element of surprise.

The Saints can regain that, but they need to add a few more bells and whistles to do so. Hill was a gimmick for the Saints the past two seasons, but he was effective because of his power. Now that teams are honing in on that power, it’s making him much less dangerous.

The other harsh reality of this is that Hill has a long way to go if he’s going to be in any “QB of the future” talks. His ability to navigate defenses is clearly very limited, and he doesn’t appear to have any autonomy under center. In fact, his one completion this season came after Brees threw it to him in the backfield.

While that notion should be dispelled, it’s not impossible for Hill to be effective again. The Saints just need to get back to basics with him, and stop using him on key short-yardage downs where he becomes extremely predictable. If they don’t, they’re going to continue to have poor third-down conversion numbers, and it’s going to be harder to keep Brees on the field.