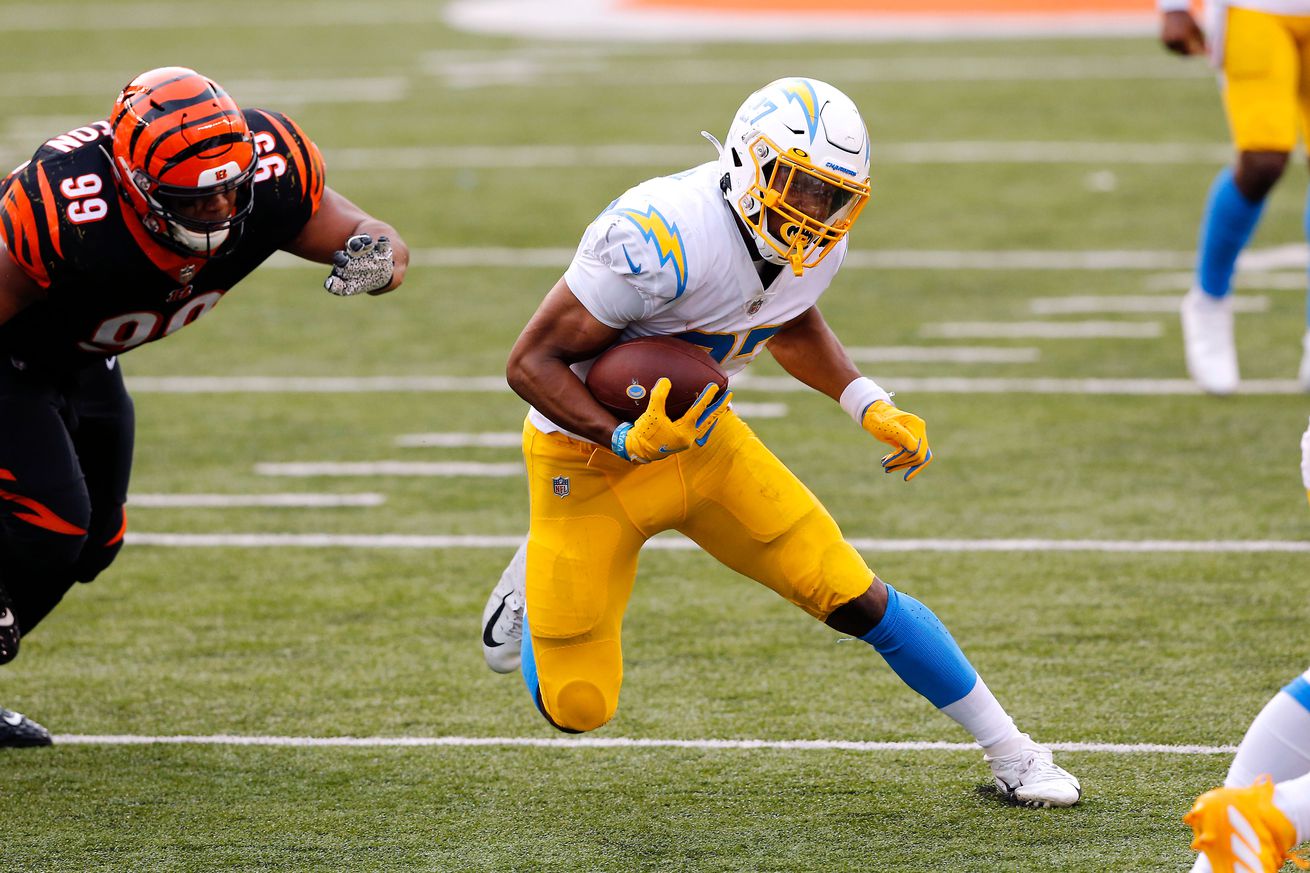 It’s like a broken record at this point. The New Orleans Saints run defense might be the strongest part of this team. 47 games now they’ve gone without a player rushing for 100 yards or more against them, and their task was made a lot easier with Los Angeles Chargers running back Austin Ekeler reportedly missing 4-6 weeks with a hamstring injury.

With Ekeler out for L.A. this Monday night, we can expect rookie running back Joshua Kelley to carry most of the load for the Chargers. Kelley got off to a solid start to his NFL career with 60+ yards in each of his first two games, however he’s struggled in each of the last two weeks with a combined 50 rushing yards on 17 rushing attempts and 2 fumbles.

The Chargers as a whole struggled to run the ball in their game last week against the Tampa Bay Buccaneers, rushing 23 times for 46 yards. While the Buccaneers have proven to be one of the top run defenses in the NFL this season (4th in run defense grade from Pro Football Focus), the Chargers offensive line made some plays easy for the Bucs’ D-Line, as seen here.

Ladies and gentlemen, this is what we call a highly unsuccessful trap play. With #72 pulling to the left side, Kelley’s expected to run behind him. However, it seemed like Ndamukong Suh had other ideas, powering through the attempted outside block from the center and blowing up Kelley in the backfield before Kelley can even get going (and forcing a fumble!). This was Kelley’s worst run of the game, which is probably for the best because I’d be afraid to see what would’ve happened on a potentially worse run.

This was Joshua Kelley’s *most* successful run against the Buccaneers on Sunday. A three-yard duo run just to the left of the center. A good double team by the pair of offensive lineman on the left side of the line allows Kelley to sneak past the line of scrimmage, but the RT #79 is unable to hold up his block against #92 William Gholston and he’s able to slide in and make the tackle just past the LOS.

It’s runs like this one, however, that have people excited about Kelley’s potential. This is an attempted inside zone to the right side, however with the Bengals defensive line playing their gaps well, Kelley bounces to the hole off the left guard and is able to get 26 yards on this run in Week 1 vs the Cincinnati Bengals.

Kelley this season has had the majority of his success rushing to the left side of the offensive line (however a lot of that is bolstered by the aforementioned 26-yard run). With the Saints proficiency in stopping the inside run, the Chargers will need Kelley to be able to bounce outside maybe more than he generally likes to. Another favorable matchup for a Saints run defense that is quickly approaching 50 games in their 100-yard rusher streak.