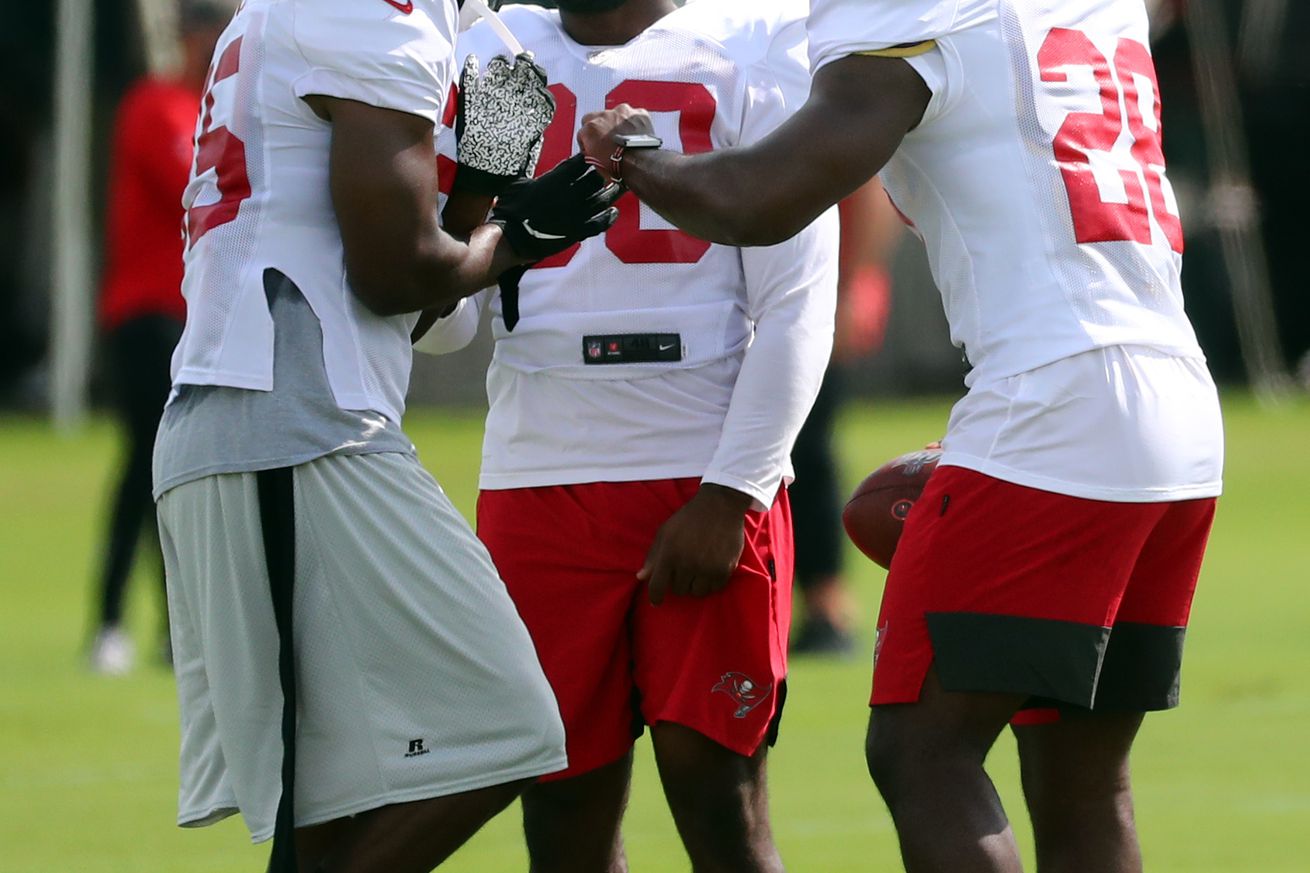 The Tampa Bay Buccaneers have undergone a lot of change in the 2020 offseason, with most of it coming in the passing game. They still did bring in a pair of fresh faces at running backs, one of which New Orleanians are all too familiar with in former-LSU star man Leonard Fournette.

Fournette was cut from the Jacksonville Jaguars (the team that drafted him fourth-overall in 2017) after Fournette passed through waivers completely, before landing with the Bucs just five days later. Fournette is listed at third on the initial depth chart, but most experts predict him to still get a healthy amount of touches. Whether he’s up to speed with the offense in time for Week 1 however remains to be seen.

The other fresh face the Bucs brought in is former longtime Eagles running back and, most recently, Super Bowl winning LeSean McCoy. The running back has had a legendary career since entering the league in 2009, but he’s not what he used to be and is listed as the backup to incumbent running back Ronald Jones II. Jones played in all 16 games last year for Tampa, was the starter for nine of the games and ended the season with 724 yards and 6 touchdowns. The Bucs also added former Illinois and Vanderbilt rookie running back Ke’Shaun Vaughn to the running backs room, who racked up 2,272 yards and 21 touchdowns in two seasons in the SEC with the Commodores.

Of course, running backs are only one piece of the puzzle when it comes to dissecting a team’s rushing game. The more important piece is the offensive line, a line that returns four of its starters from last year’s unit and is replacing former right tackle Demar Dotson with first-round rookie Tristan Wirfs from Iowa.

In the first matchup between these teams last season, the Buccaneers ran 19 times for a total of 81 yards, split mainly between Jones and new Football Team-er(?) Peyton Barber (Jones with 9 carries for 35 yards, Barber with 8 carries for 32, a combined 3.9 yards per carry). In the second matchup, the Bucs ran the ball a total of eight times. Jameis Winston had two carries (one of them a scramble) for 23 yards, Ronald Jones had four carries for 13 yards and Dare Ogunbowale (you may have heard of his sister) ran the ball twice for a stellar zero yards.

That basically tells us that we don’t have much to go off of when discussing the Bruce Arians rushing offense against the Saints. Of course this is a team that underwent serious offensive renovations this offseason, and in Tom Brady’s first start they might be inclined to run the ball more. Or, they might let their star free agent quarterback air it out to prove he’s still got it. No one knows quite what to expect from Arians and the Bucs. If they do decide to run the ball more, let’s see what they did last year that did and didn’t work against this New Orleans team.

How the Bucs can succeed

Aside from an 18-yard end around from Scotty Miller, this was the Bucs most successful run against the Saints in 2019, and we can look to three things as the cause of it. The first being RT Demar Dotson (#69) doing a good job of getting inside of DT Malcom Brown (#90) and not letting him get into the right B-gap that Jones eventually cuts into. The second, Demario Davis (#56) being just a little too slow and Ronald Jones (#27) being able to get a good burst outside and outrun him at the second level. The last being PJ Williams (#26) missing this tackle on what would’ve been a 5-yard gain and instead letting Jones take it for 14 yards. Good blocking at the line of scrimmage and missed tackles at the second level are both keys to a successful run game, as shown here.

The Bucs can also find success with a little offensive trickeration. What looks to be a standard power to the right side instead turns into an end around to the left and the Saints defense largely falls for it. By the time Miller (#10) gets the ball, PJ Williams has already committed inside and lost outside contain. Marshon Lattimore (#23) gets blocked out of the play by a lead-blocking OJ Howard (#80) and David Onyemata (#93) can’t quite make the tackle in open space, leading to 18 yards and the Bucs most successful run play against New Orleans in 2019.

These two plays have one thing in common, the Saints missing tackles and allowing more yards to be picked up as a result. No team is going to be perfect when it comes to tackling, however it’s key for the Saints to make as few of these mistakes as possible because missed tackles can turn an average play into a good play and a good play into a great play for any offense.

How the Bucs can fail

The first play we’re looking at comes from the Week 5 matchup last year in the Superdome. This play looks like a designed misdirection, with the right side of the offensive line pulling out into the flat and a slightly delayed hand-off to Arike Ogunbowale’s brother who would run through the hole off the left guard. The Saints, however, loaded the left side of the line and the Bucs’ offensive line failed to make the proper switches necessary to stop this, with Donovan Smith (#76) left with the task of blocking both Marcus Davenport (#92) and Demario Davis, who ended up making the tackle for a four-yard loss. This play is less of an indictment on the Bucs line, rather than they just got beat by the playcall. Davis still makes a good play to burst through unblocked and tackle the less famous Ogunbowale sibling before the play can even get fully developed.

Once again it’s Demario Davis who makes the tackle, but this play is blown up by Malcom Brown before it can even start. We can see Bucs’ center Ryan Jensen (#66) over-committing to his right at the start of the play, which makes it all the easier for Brown to jump into the left A-gap and blow past him. Brown fails to make the tackle in the backfield, but Davis is able to clean up at the line of scrimmage and stop this play for no gain. Also, a keen eye will notice PJ Williams coming in nearly unblocked, where he could’ve made a similar play had Brown not doomed this from the start.

Plays like this are how the Saints have to attack Tampa Bay’s rushing game this coming Sunday, by attacking Ryan Jensen. Jensen was the Bucs’ lowest-PFF-graded run blocker in both matchups last season and blowing up the center on any sort of inside run can cause problems for the play as a whole. Look for Malcom Brown, the Saints listed starter at nose tackle, to have another big game this weekend up against Jensen.