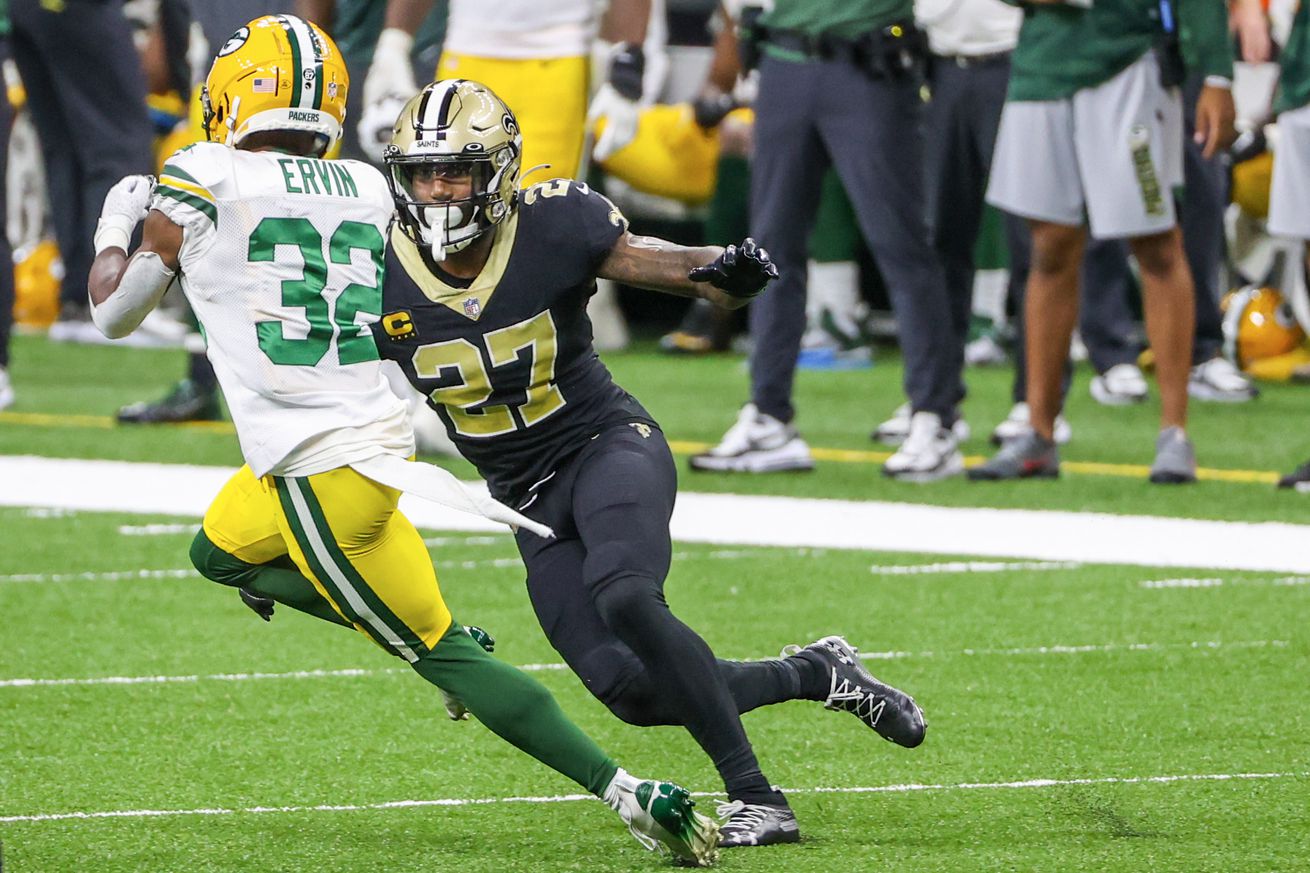 Many things can be pointed to why the New Orleans Saints have gotten off to a fairly poor start. One of the biggest things that has stood out so far has been the penalties from the secondary. New Orleans have been penalized 24 times for a total of 331 yards, the yardage being the most in the NFL. The result is that these penalties have killed momentum for the Saints and have put them in unfavorable positions to try and save themselves, which they’ve been unable to do. Some fans may say that New Orleans is being targeted by the referees, and while not every single one of these calls has been a stone cold penalty, that’s what happens when you commit as many as the Saints do. The refs know that New Orleans commit pass interference a lot, so they call them for it at a higher rate. It’s a vicious cycle, one the Saints will have to work to break.

The biggest culprit has been defensive back Janoris Jenkins, who’s been hit with three pass interference penalties so far in 2020 including two this past weekend versus the Green Bay Packers. Jenkins was brought in towards the end of last season to stabilize a Saints cornerback position that’s seen a lack of production outside of Marshon Lattimore, and after a good start to the season vs the Tampa Bay Buccaneers, Jenkins’ penalties in crucial moments has been a big reason as to why the Saints are now 1-2.

Jenkins’s penalties (and other penalties from the defense) were far from the only reason the Saints struggled this past weekend. The Saints were overall poor in coverage against Green Bay, most notably the normally lockdown Marshon Lattimore. Lattimore was targeted four times by Aaron Rodgers, giving up a reception all four times for 83 total yards and a touchdown, with this Allen Lazard catch being the biggest culprit.

First of all, this is a throw that only Aaron Rodgers (and maybe Patrick Mahomes) can make. Rolling to his off side, quick set and throw deep downfield to where only Lazard can get it. This throw is phenomenal. That being said, it doesn’t exonerate Lattimore, who, playing off Lazard in zone coverage off the snap, gets behind the former Iowa State man by a step and can’t make up that ground. Lazard lays out to make a fantastic catch as well, but Lattimore needs to do better to make sure Lazard doesn’t have that opportunity.

The Packers longest pass and catch of the day came on this catch, again by Lazard. Here we can see the Saints dropping back into a cover 4 look on this 3rd-and-10, and when Marcus Williams jumps underneath to try and cover Montez Valdes-Scantling, Rodgers finds Lazard over the top with P.J. Williams barely being able to reach MVS in time to prevent the touchdown.

The good news for the Saints secondary is that they don’t have to face Aaron Rodgers again, and this week they go up against Matthew Stafford and the Detroit Lions. However if the Saints defense continues their undisciplined play, both in regards to penalties and lapses in coverage, it could end up being the same story all over again.