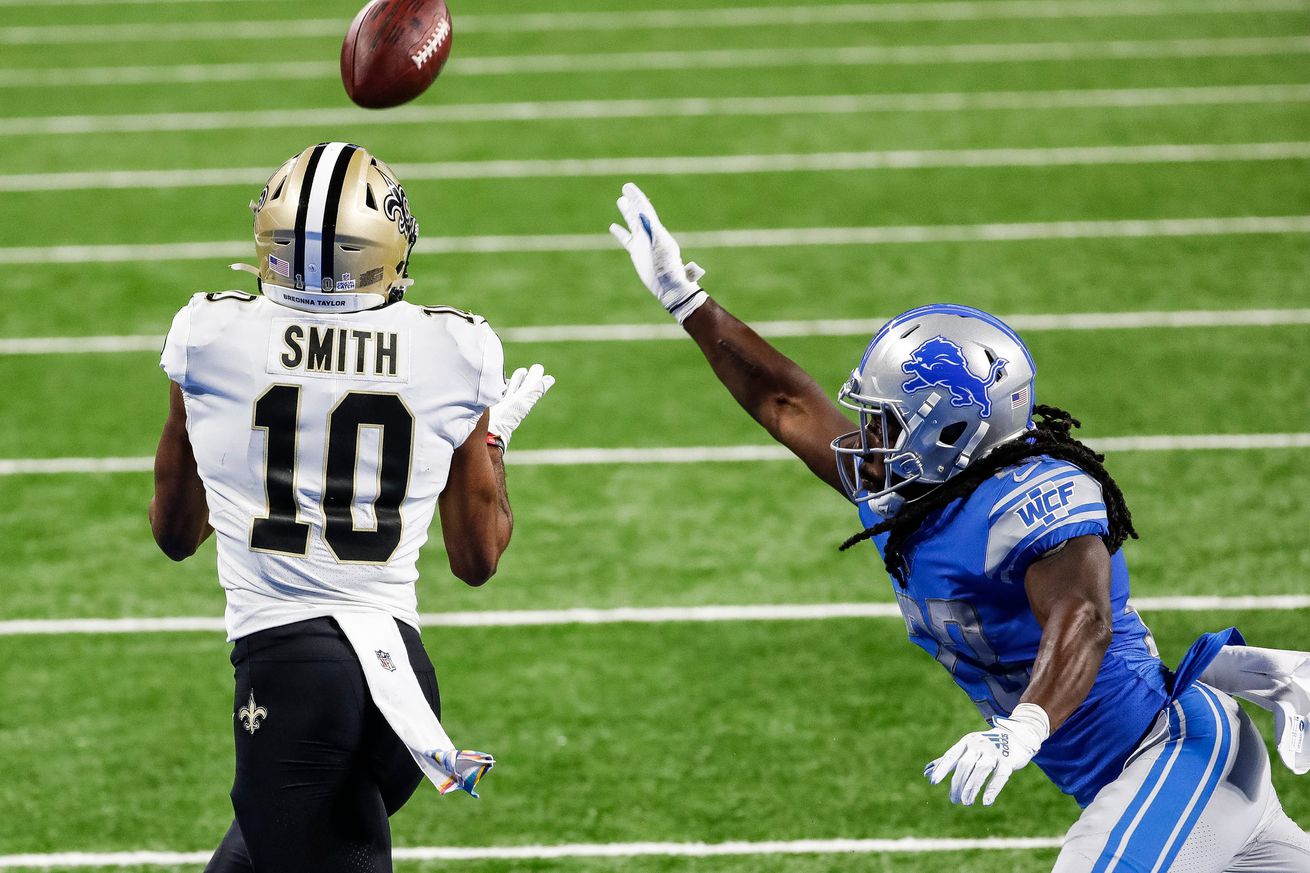 The Chargers, unlike the Lions, run a zone-heavy scheme defensively. With this change in matchup, the Saints would be smart to hammer play action passes right behind their linebackers, who are susceptible to biting on run fakes.

I’ve always said it: My only real gripe with how Sean Payton calls plays for the New Orleans Saints offense is the lack of play action.

There are some reasons for this: Brees is a short guy, and Saints coaches like Wide Receivers Coach Curtis Johnson have blatantly said that they try not to make him throw over the middle of the field too much, because he has to look over the offensive linemen.

This, along with the fact that Brees may just have conveyed to Payton at some point that he prefers to have a straight dropback to have more time to survey the defense, as opposed to applying a run fake, could be a logical reason as to why we don’t see it as much.

But even with the taller Teddy Bridgewater under center last year, whose numbers were night and day better off of play action, the Saints were bottom five in play action rate.

Even more noteworthy is the fact that Brees has a 6.5 (!!) increase in yards per attempt so far this year when using play action — 13.1 YPA off PA and 6.6 on straight DBs — which is tied for the highest increase from straight dropbacks in the NFL.

So, what gives, Sean?

I may not be sure what gives, but I am sure of one thing: they need to run more of it Monday night against the Los Angeles Chargers.

While last week, the Saints O was just tearing the Detroit Lions’ man-heavy coverage scheme to pieces with crossers all over the field, this matchup brings forth and entirely different challenge.

Chargers Defensive Coordinator Gus Bradley deploys one of the most zone-heavy schemes in the league. The Chargers run more Cover 3 Zone than any team in the league so far this season, and they’re top 10 in Quarters (Cover 4) coverage rate.

They are an almost entirely Nickel defense (5 DBs, 2 LBs, 4 DL), and often will start off in a one high look. They then create a 3-deep shell up top, with four underneath defenders.

Brees typically might get a little more conservative against a zone, as he isn’t at the point in his career where he likes to try and fit balls into tight windows quite as often anymore.

One way to open those zones up is through play action.

And while I was watching tape of the Chargers’ showdown with the Tampa Bay Buccaneers last week, one thing stuck out: Tom Brady destroyed them through play action passes.

L.A.’s defense isn’t super stout in the middle. They’ve got two young linebackers who are a bit slow to react and have been getting pushed around in run defense, and the interior of their defensive line isn’t all that talented of a group compared to most teams.

This susceptibility to the run has not helped in their play action recognition, because they’re overcommitting and leaving gaping holes behind their zones.

Take this play for example:

The Chargers are in a Cover 3 look, and the Bucs are just going to run a crosser through the middle of the field. But the key is, not only do the Bucs run play action, but they fake a pulling guard to make the defense think it’s a Power running scheme.

And EVERYONE on the left side of the defense bites, leaving two receivers wide open. Brady just has to take his pick.

The Chargers are in zone, as you can tell by no one following the player motioning, and the linebackers bite hard on the PA, leaving the tight end wide open on the crosser.

It’s also worth mentioning that both of the plays highlighted above are on first downs. Utilizing the unpredictability of running PA on early down, or run downs, is a huge advantage against this defense, and frankly, any defense.

Even if the Saints don’t feel comfortable having Brees run PA from under center, the first example is from the shotgun. Or they can have him roll out like they did on this throw vs. zone last week.

He’s also so good at looking guys off that even if the linebackers do drop after the run fake, he can fool them into leaving a window open with his eyes.

However they do it, they need to find ways to manipulate these gullible linebackers into providing them with open zones to throw the ball off of play action Monday night. If not, there missing out on big play opportunities.