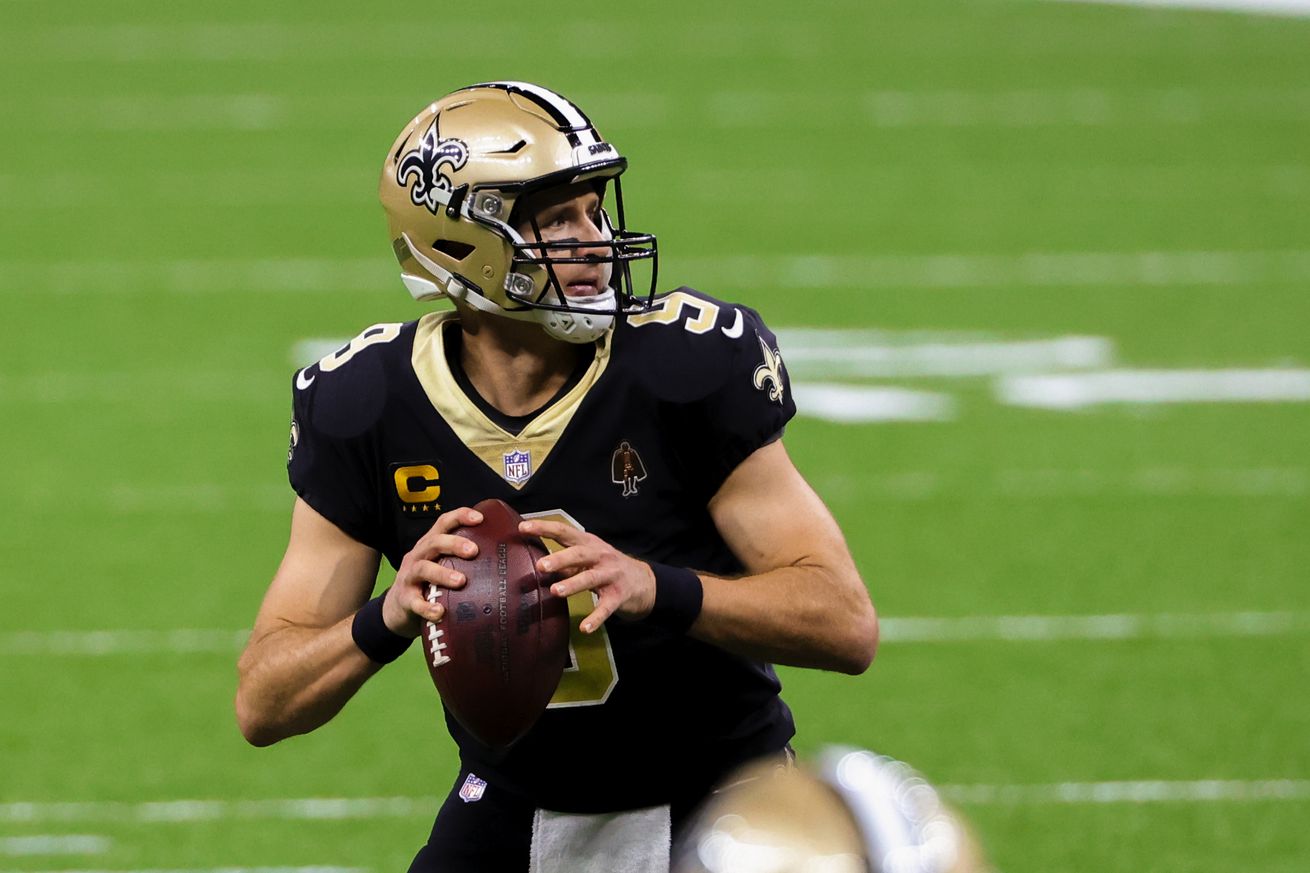 With Michael Thomas still injured and Emmanuel Sanders on the COVID reserve list, Brees had to turn to some not-so-familiar faces

New Orleans Saints fans were sweating heading into Sunday’s game against the Carolina Panthers, as Drew Brees was missing Michael Thomas and Emmanuel Sanders — just as the latter appeared to be coming into his own in the Saints offense.

Brees stayed fears about how he would do without his top two targets, turning in an outstanding performance in which he went 29 of 36 for 287 yards and 2 touchdowns. Marquez Callaway stepped up in a big way, catching eight passes for 75 yards and likely supplanting Tre’Quan Smith as the third option when Thomas and Sanders return. To his credit, Smith also played well, catching four passes for 54 yards.

A lot of things went into this success, but strong scheming and situational awareness were the two biggest factors in keeping Brees and the offense marching, which led to a coveted DNP for Thomas Morestead.

This play is a great example of forcing a guy open. The Panthers are playing the sticks in zone coverage, but the flat zone gets stuck either covering Taysom Hill at the sticks or Deonte Harris beyond them. He bites down just a little bit and the topside corner gets caught in a backpedal out of an excellent break from Harris.

This is something the Saints could realistically try to do a lot more of with Harris. He runs surprisingly crisp routes for the number of snaps he gets, and he’s an excellent weapon. The obvious worry is his health due to his size, but he seems very competent at shying away from the big hit.

This is a “trick play that doesn’t involve Taysom Hill” appreciation post. There’s not much to say, except that the conditioning is amazing. These pitches to Alvin Kamara are a third and short staple, and it’s one the Panthers are familiar with. Running this with Smith coming across the formation is nothing short of amazing, and it’s so much more effective than sweating a Hill mesh point.

Even though this touchdown to Callaway was called back for pass interference (and a dubious one at that depending on what team you’re rooting for), the concept is too good ignore. Callaway runs a wheel off of a quick rub in the slot, and he finds himself wide open on the sideline for a would-be touchdown. This is on a 3rd and 4, a perfect opportunity to use the space you have. It’s a beautiful play with great execution that got called back by a penalty that could have gone either way.

This 3rd and 8 crossing route to Smith is classic Brees. To see why though, we need another angle.

There’s a good chance Brees knew exactly where he was going this entire play, but by looking off the safety to the left side of the play he opens up Smith over the middle for a huge 20-yard gain. This play kept the game-winning drive alive for the Saints, and it is quintessentially Brees.

The crux of the Saints success on Sunday came from going back to basics. They were hugely successful on third down because, outside of the Kamara play, Sean Payton did away with the gimmicks and let Brees do what he does best. Brees looked surgical again, and that’s a good sign.

This is not to say that there weren’t some ridiculous individual efforts, such as Kamara’s 14-yard reception on 3rd and 14, or even that Hill can’t be a part of the offense — indeed, he converted a third down on the opening drive. But Payton for a time appeared to allow himself to be enamored by his talent, while Sunday showed how great he and Brees’ play design can be when they’re clicking.

The return of Thomas and Sanders will help the offense, but the hope is that we continue to see this side of Brees. A methodical player who isn’t trying to do too much. The only times in his career we’ve seen Brees get in trouble are when he has to do everything.

All things told, things aren’t perfect for the Saints right now but the outlook is certainly more optimistic than it was a month ago. As the Saints start to get players back, we should see these numbers improve. In the meantime, Saints fans should enjoy Payton and Brees’ return to form. It will be interesting to see if they stick with this style moving forward if Thomas and Sanders have trouble getting back on the field.