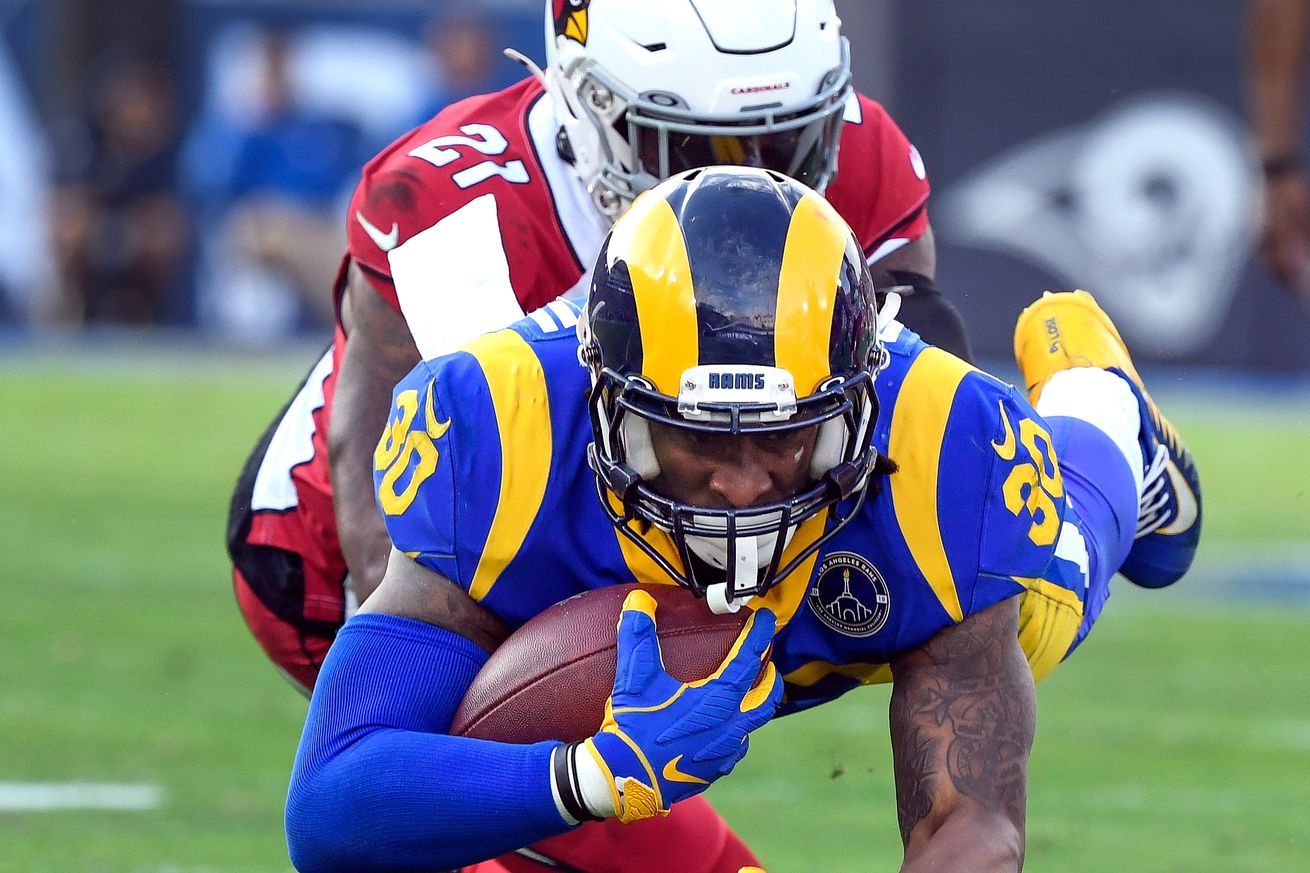 Todd Gurley was on the market for less than a day after being released by the Rams before the Atlanta Falcons snatched up the Georgia alum on a one-year deal. Atlanta is undoubtedly hoping Gurley will inject some life into a running game that was anemic in 2019, and it’s doing so on a contract with minimal risk.

Gurley was held under 1,000 yards for just the second time in his career last season, picking up 857 yards on 3.8 yards per carry. Chronic knee issues have hampered the star running back throughout his young career, at just 25-years-old the Falcons signing Gurley to a one-year prove-it deal worth $6 million is a low-risk move that could have huge upside.

That upside is amplified by the fact that the Falcons were 30th in the NFL in rushing in 2019, picking up 1,361 yards as a team. Gurley rushed for 1,251 by himself in 2018, so the potential is undoubtedly there — although amid the COVID-19 outbreak when Gurley will be able to complete a physical to finalize his contract is up in the air.

How Gurley will fit in with Dirk Koetter’s offense is another question entirely. Gurley himself isn’t completely devoid of explosive ability. The Rams ran 70 percent of their offensive plays out of 11 personnel in 2019, and they rushed the ball 204 times out of that grouping. with a successful run rate of 47 percent. The Falcons had a 44 percent successful run rate out of the same grouping (thanks to sharpfootballstats.com for personnel grouping numbers).

Where Gurley could see more success, however, is out of 12 personnel (one running back, two tight ends). The Falcons had a 50 percent successful rush rate out of 76 attempts in that grouping last season. Losing Austin Hooper to the Browns but adding Hayden Hurst can also help in the running game.

Gurley’s season-long came out of 12 personnel last season. It was a simple off-tackle run that had a lot of the hallmarks of a Sean McVay offense.

The first sign of a McVay play is the window-dressing pre-snap. Sending a receiver across the formation before sending him back is a way to keep the defense on edge regarding what the strong side of the play is. However, this play is successful due to a strong push by the offensive line and decisive running by Gurley.

The simple rule here is that shedding one tackle at the line of scrimmage gets you into the second level and, thus, space. So this is the pivotal moment of the play:

If you take a look at the top image, you’ll see where there’s space. Gurley is targeting the C-Gap between the tackle and the tight end, and once he sheds the Brenden Jackson tackle attempt, he’s able to get out into space. Gurley needs this kind of decisive running to be successful, which requires a certain reliance on your offensive line. When he’s passive, he’s not as effective.

And therein lies the fatal flaw of the Falcons: They don’t have an offensive line that can be trusted.

Tevin Coleman and Devonta Freeman had a hard time finding any space last year, and a big part of that was the offensive line. The team’s season long rush was 28 yards, done twice by Devonta Freeman and Ito Smith.

In fact, the only area of the field that the Falcons had any success rushing towards was, unsurprisingly, at left tackle Jake Matthews. Atlanta averaged just 3.26 yards per carry between the tackles. In 2019, Gurley averaged 4.13 yards between the tackles, so he may be able to inject some life into the inside rushing game.

And that offense needs life. Gurley is the type of running back who can succeed in most systems when he’s healthy, which is the important caveat. But these types of play designs by Koetter — which are nearly universal — are good examples of where he can succeed.

The concept here is a simple trap play that Devonta Freeman is able to get three yards out of. This play is a staple of the McVay offense, and Gurley’s explosiveness makes is a very effective counter for him. Freeman does just one extra cut and is brought down by Lavonte David, one of the better run stopping linebackers in the league. Gurley will face off with that once a year, so how he handles it will be big in determining his success.

Another name the Falcons added this offseason to keep an eye on is Justin McCray, a former Browns offensive lineman. McCray was a utility lineman, who could compete for a starting guard job.

The Falcons will also help that Gurley can help in the receiving game. Freeman led the team with 59 receptions last season, equal to Gurley’s 2018 number. However, Gurley had 180 more yards than Freeman in the same number of receptions, so the Falcons are also banking on a return to form there.

The success of this is also partially dependent on the offensive line, as running backs often do a lot in the screen game. However, with Freeman in free agency, Gurley may be asked to shoulder more of the receiving load than his 31 receptions for 207 yards last year.

The bottom line is that whether or not this will work is based on two things: Gurley’s health and the Falcons’ offensive line. If one or both of those things aren’t up to par, Gurley could well be a Steven Jackson redux for the Falcons. A lot is riding on this decision for the Falcons, as Freeman remains waiting in free agency. However, it is a low-risk high-reward choice for Atlanta.

Despite the minimal financial risk, this is still absolutely a personnel risk. The Falcons need Gurley to be back at the level he was two years ago, or at least somewhere in between that and where he was last year. The explosiveness is still there, but Gurley will have to split carries to be his most effective. In that regard, the Falcons could end up being a great home — but only if the offensive line (specifically the guards) is able to perform at a much higher level.