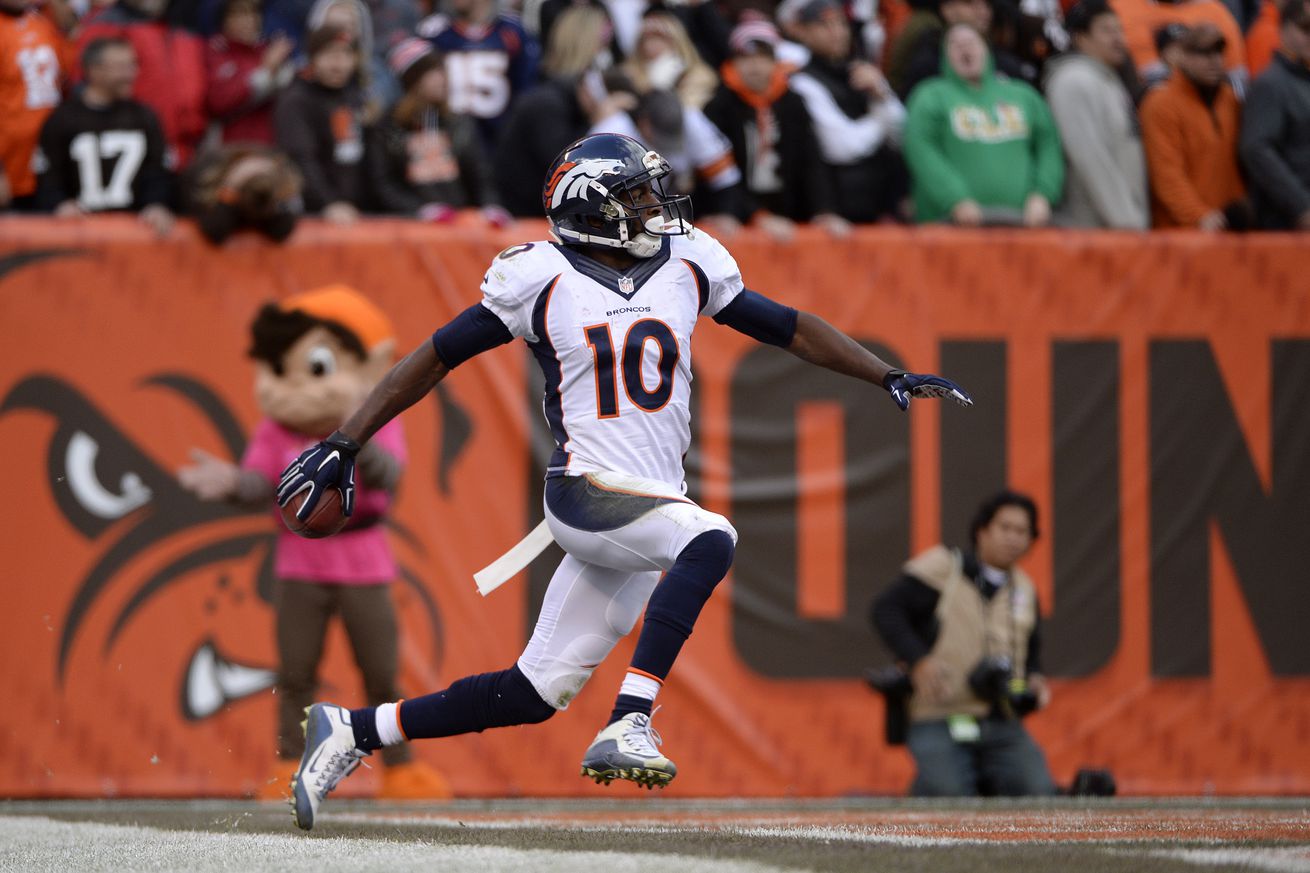 Spoiler alert: it’s nice to have Drew Brees as your quarterback.

Playing for Sean Payton in the New Orleans Saints offense can never hurt your production. So the question now is: how will Emmanuel Sanders fantasy performance change now that he’s going to be on one of the NFL’s best offenses for over a decade.

Sanders was currently the Fantasy Pros WR46, directly behind the Rams’ Brandin Cooks and and the Panthers’ Curtis Samuel and directly above the Giants’ Darius Slayton and and the Jets’ Jamison Crowder.

But that was with Jimmy Garoppolo as the last quarterback throwing Sanders the football, he of the career 67.5 completion percentage. For what it’s worth, Drew Brees hasn’t had a completion percentage below 70% since the 2015 season. In Garoppolo’s career best year, he had a quarterback rating of 102. Drew’s has been over 115 the past two seasons.

Add in Drew’s pinpoint accuracy and Emmanuel Sanders’s above-average catch rate (Sanders dropped just one of 72 catchable passes in 2019 according to Pro Football Focus), and you can see the reason for optimism. Sanders hasn’t had a quarterback of this caliber since the 2014 season, Peyton Manning’s last full year as the starting quarterback in Denver.

Peyton Manning with a 16 yard #touchdown pass to Emmanuel Sanders! His first TD Pass of the season.#DenvsKC pic.twitter.com/7Ix9wlWBAV

That year, Sanders had his best year, catching 101 passes for 1,404 yards and nine touchdowns.

But let’s talk about the elephant in the room: the Saints have one of the best receivers in the league in Michael Thomas already on the team. Thomas lead the entire NFL in receiving yards and receptions last year, totaling 1,725 and 149 respectively.

In that fateful 2014 season with the Broncos, Sanders snagged over 100 passes for over 1,400 yards, but he didn’t lead his own team in either category. The Broncos had a different #1 receiver with the last name “Thomas,” Demaryius Thomas, who caught 111 passes for 1,619 yards that year.

While Sanders is six years older now than he was in 2014, it is absolutely possible Sanders could have another 1,000 yard season for the first time in five seasons.

So what does that mean for Sanders’s 2020 fantasy rank? I would move him up 10 spots as my WR36 in redraft leagues, above the names like Will Fuller, Christian Kirk, and John Brown, but behind players like Jarvis Landry, AJ Green, and DJ Chark. In dynasty, he would be somewhere in the WR50-55 range due to his advanced age.