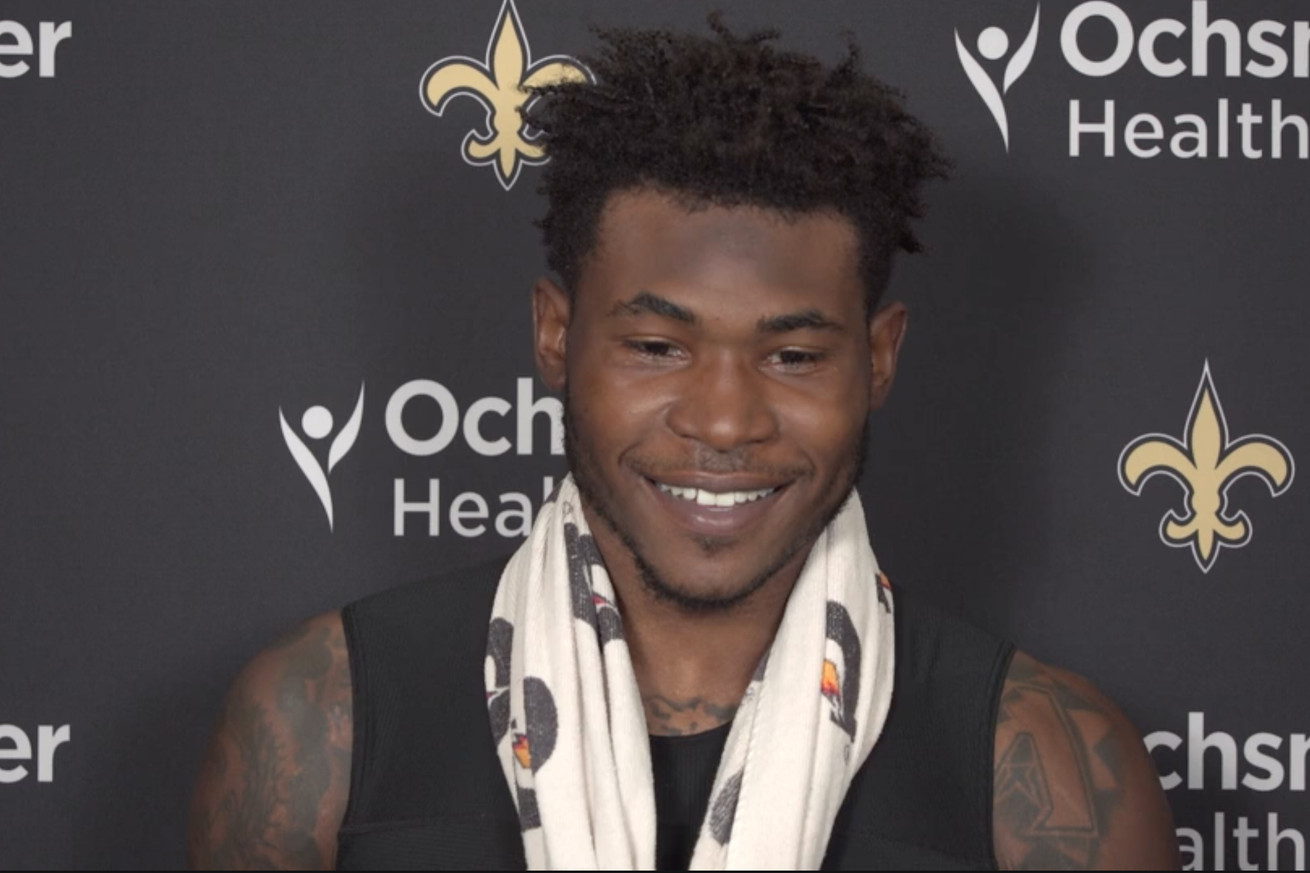 The second year wideout look to continue improvement as he vies for a roster spot.

New Orleans Saints wide receiver Emmanuel Butler played his way into the favor of Saints fans with several impressive camp showings ahead of the 2019 season. Despite the hype around him, Butler was derailed by an injury that slowed his production in camp and the preseason. The former Northern Arizona wideout then spent the season on the practice squad, returning to the Saints on a Futures contact in 2020.

Now, his focus has been on improving parts of his game that might not bring him a ton of attention and highlight reel footage. Instead, he’s been focused on finding ways t improve elsewhere like contributing on special teams and blocking. The good news for Butler is that he already has the physical profile and explosive potential that can make him desirable on offense. Now, he also has the teachers and mentorship he needs to continue to fine-tune the details.

“Really I just wanted to become the best football player that I can become.”

In a press conference with New Orleans media on Monday, Butler explained a bit about what having a player like Emmanuel Sanders around can do. He spoke of Michael Thomas earlier as well as his desire to work on parts of his game like route-running, working at X, Z, and anywhere in between, and generating consistency in his game from the playmaking perspective. He has been around Michael Thomas for a year, and now Sanders is in the facility with him.

When he asked him specifically about Sanders, Butler said, “He’s a savvy vet, very smart, very detailed, great route runner, [and] very fast. So I’ve been able to pick up on a lot of different stuff, just his techniques, the way he manipulates [defensive backs], and the way he gets open.”

If Butler’s intent is to prove he deserves a spot on the Week One roster or the practice squad again, he certainly has all the tools necessary. Standing at 6-foot-4, 220 pounds, with a year of experience in the system under his belt, a better grasp of the playbook, and mentors like Sanders, Michael Thomas, and wide receivers coaches Curtis Johnson and Ronald Curry is far from a bad position to find oneself. And it seems that the relationship between Butler and Sanders, despite the young wideout having to forfeit his number, is solid. “[Sanders] is a great football player, but also a great guy. A good guy to be around and a very helpful person”