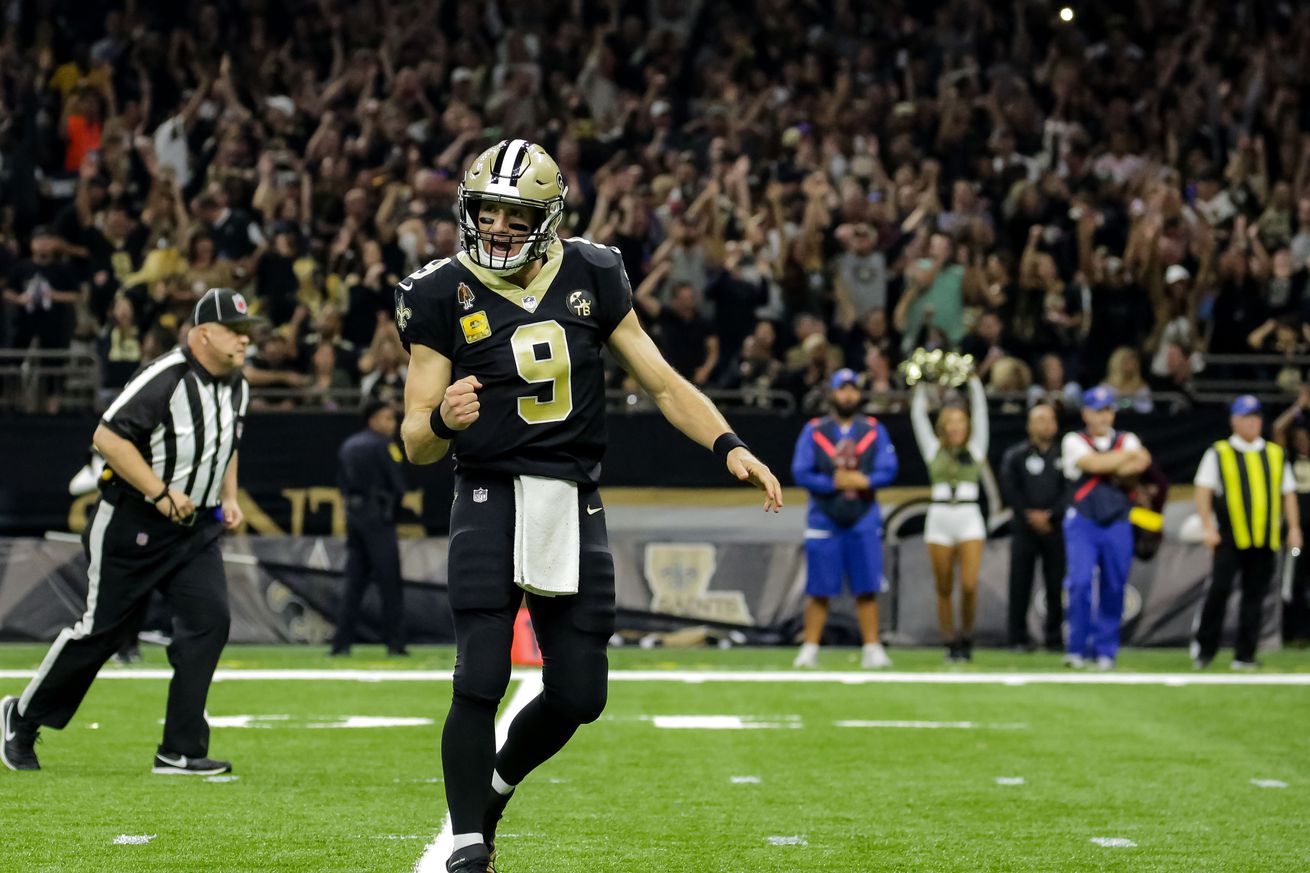 The New Orleans Saint will open up NFL action at Allegiant Stadium in Las Vegas, NV as they travel to take on the Raiders on Monday Night Football.

In the spirit of the Gambling Capital of the World, the Saints look like a solid bet in this one. As of Friday, the Saints are six-point favorites in the first ever NFL game to be played in Las Vegas. Here is a snapshot of the odds:

While the Saints will reportedly be missing star wide receiver Michael Thomas for several weeks, the Saints are still heavily favored here. Best of all, history is on the Saints’ side. The trends for Brees and the Saints since 2006 evoke a lot of positivity.

There’s one outlier here as well. In 2017, the Saints traveled to London to take on the Miami Dolphins. This would be noted as a neutral site game, but the Dolphins were the designated home team. The Saints both won and covered in that contest as well blanking the Dolphins 20-0.

Broadening the scope a to include NFC teams still yields similar results. The Saints have been favored on the road 43 times since 2006 sans the London game. During those games, the team has gone 34-9 straight up and 26-17 against the spread.

The Saints will hope to have the great honor of securing the first win in the newly constructed Allegiant Stadium. They also had the not-so-great pleasure of opening up U.S. Bank Stadium against the Minnesota Vikings in 2017 with a 19-29 loss. But the Saints, while not opening each stadium, have competed in seven newly opened stadiums since 2010 including the Arizona Cardinal’s State Farm Stadium (formerly University of Phoenix Stadium), Metlife Stadium against the New York Giants, and of course the Mercedes-Benz Stadium of the Atlanta Falcons.

During those games, New Orleans has gone only 3-4 both straight up and against the spread. However, only one of those games was against an AFC opponent – the Indianapolis Colts. The game was in 2015 at Lucas Oil Stadium which was constructed in 2008. In that game the Saints won 27-21 both getting the straight up win as well as covering as four-point dogs by virtue of the win.

Much like the earlier trends we observed, the Saints were road favorites three times in those seven games. They would go on to win and cover in two.

Since coming into the NFL in 2003, no quarterback has thrown for more Monday night completions, yardage or touchdowns than Drew Brees. Additionally, non with more than six such games have a better completion percentage or passer rating. Drew Brees is the king of primetime, the king of Monday Night Football.

The betting trends reflect as such with the Saints being 4-0 since 2006 in the four games they’ve been favored on the road under the lights on Monday. During those games, they’ve split against the spread going 2-2.

The Saints look like they are in good shape heading into this game even without Michael Thomas who set the single-season receptions record last season. With Emmanuel Sanders, Alvin Kamara, and former Raider Jared Cook, the Saints have plenty of weapons on offense to contend with a young Las Vegas defense. Brees and the gang will also have the added benefit of a defense and special teams unit that performed incredibly well against the Tampa Bay Buccaneers in week one.

The Saints look to have the personnel, the formula, and the history to meet their Vegas expectations

As always, here are some player props for Monday night provided by Sports Betting Dime for you to ponder in the comments!