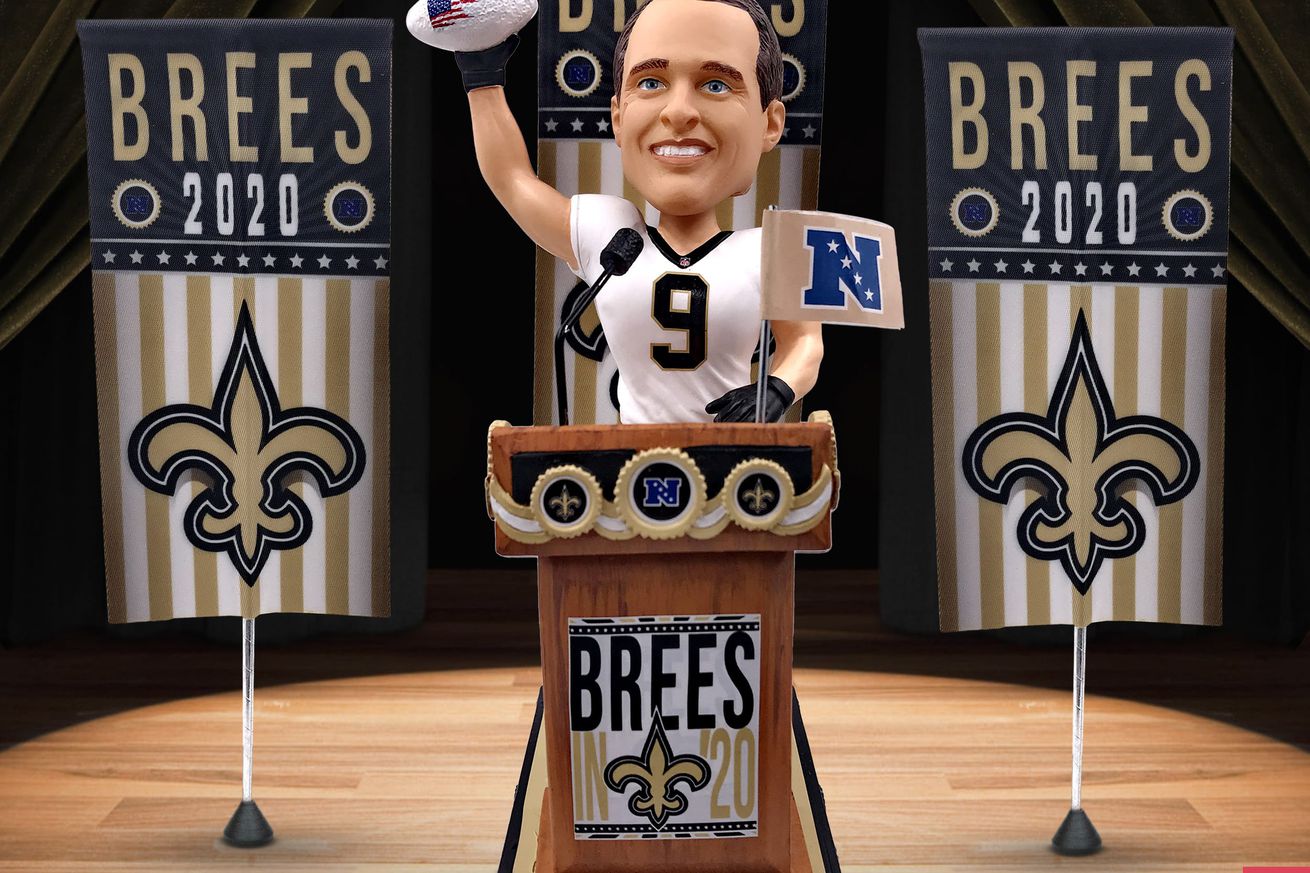 FOCO, a leading manufacturer of sports and entertainment merchandise, is back at it again for New Orleans Saints fans as they have just unveiled a new bobblehead. Coming on the heels of their Michael Thomas 2019 Offensive Player of the Year bobblehead, and Day of the Dead bobblehead the manufacturer now has a “Swing Vote” Drew Brees bobble head.

The bobblehead can be purchased here, and a copy of the relevant portions of FOCO’s press release is below:

Each of these Swing Vote Series Bobbleheads depicts a star player wearing his gameday uniform and posing in front of a thematic, team-colored flag backdrop. The backdrop features a player name display, as well as team and conference logo accents. Each player holds an American flag-themed football and stands behind a podium with a front name display, along with additional team and conference logo displays.

These bobbleheads are handcrafted to depict NFL superstars that fans will be cheering on this season and for years to come. Each stands approximately nine inches tall, making these the ideal additions to any collection at home, or any desk at work or school.

“Like so many others, we’re absolutely thrilled that the return of the NFL is finally upon us,” said Matthew Katz, Senior Licensing Manager at FOCO. “With America abuzz with talk of the upcoming presidential election, we thought this limited edition series would be a fun and topical way to celebrate the new NFL season,” Katz continued.

These Swing Vote Series Bobbleheads are just some of many collectable bobbles FOCO continues to release that depict superstars, mascots, memorable plays and iconic moments throughout the world of sports and entertainment.

This bobblehead is limited to just 220 pieces, and each is individually numbered. If you have been waiting for a truly unique Saints bobblehead, then this FOCO Drew Brees New Orleans Saints Swing Vote Series is for you.