The injury bug has given the New Orleans Saints a lot of trouble in 2020. So much so that two of the team’s best players — arguably their two best players — have shared the field for just 10 quarters together. A punctured lung and 11 broken ribs has kept Drew Brees out of action for four weeks. Before that, an ankle sprain and hamstring issue sidelined Michael Thomas for six games, and it’s also knocked him out of Brees’ Week 15 return against the Kansas city Chiefs.

If you had a real quarter, 25 cents in American dollars, for each quarter Brees and Thomas have played together, you might not have enough to buy a gallon of gas (AAA estimates the national average at $2.22 per gallon). The Saints have been lucky to keep their offense going without Brees and Thomas fueling it.

A year after Thomas set the NFL record for catches in a single season (149 receptions for 1,725 yards and 9 touchdowns), he’s bagged just 40 receptions for 438 receiving yards in 7 games this year, and he still hasn’t caught a touchdown pass. In 3 games with Brees (really 2.5 games) this year, the duo have combined for 8 completions gaining 78 yards.

So when will they get on track?

It won’t happen this week, with Thomas out of action. Maybe the Saints want him to rest up before a short week leads up to their Christmas Day game with the Minnesota Vikings. That could be a favorable matchup; Mike Zimmer’s pass defense has struggled mightily this year, ranking 25th in both passing yards (3,336) and touchdown passes (26) allowed. They haven’t really found an answer at cornerback after parting ways with Xavier Rhodes, and Thomas has had success against them before.

Thomas has faced Minnesota four times in his career, including the playoffs. He’s totaled 24 receptions for 281 yards in those matchups, plus a pair of touchdown catches. If Thomas and Brees are going to reconnect, this might be their best chance before the regular season wraps up. It would be a big boost to see No. 13 playing like the reigning Offensive Player of the Year again before January’s playoffs kick off.

Michael Thomas among 3 Saints players ruled out for Week 15 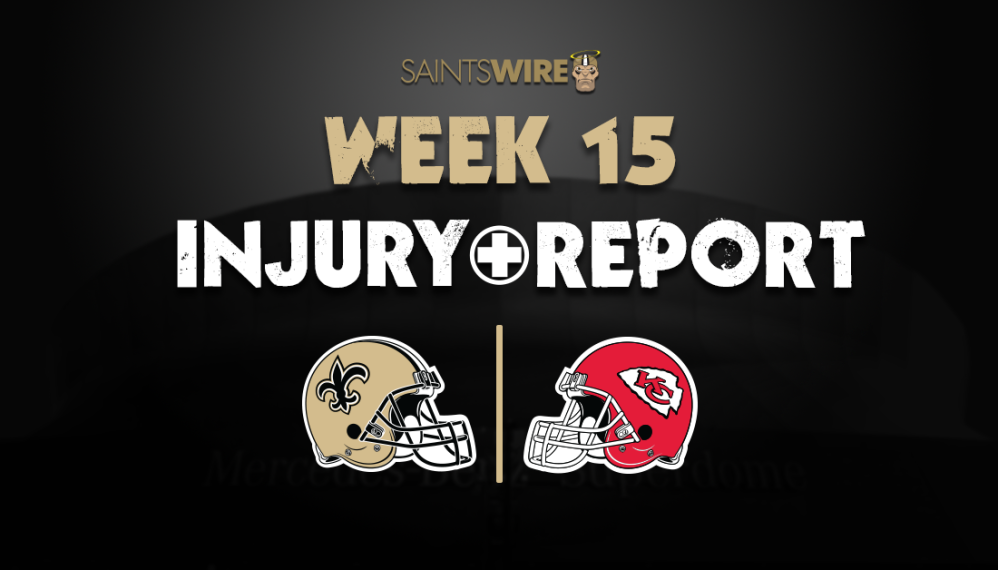