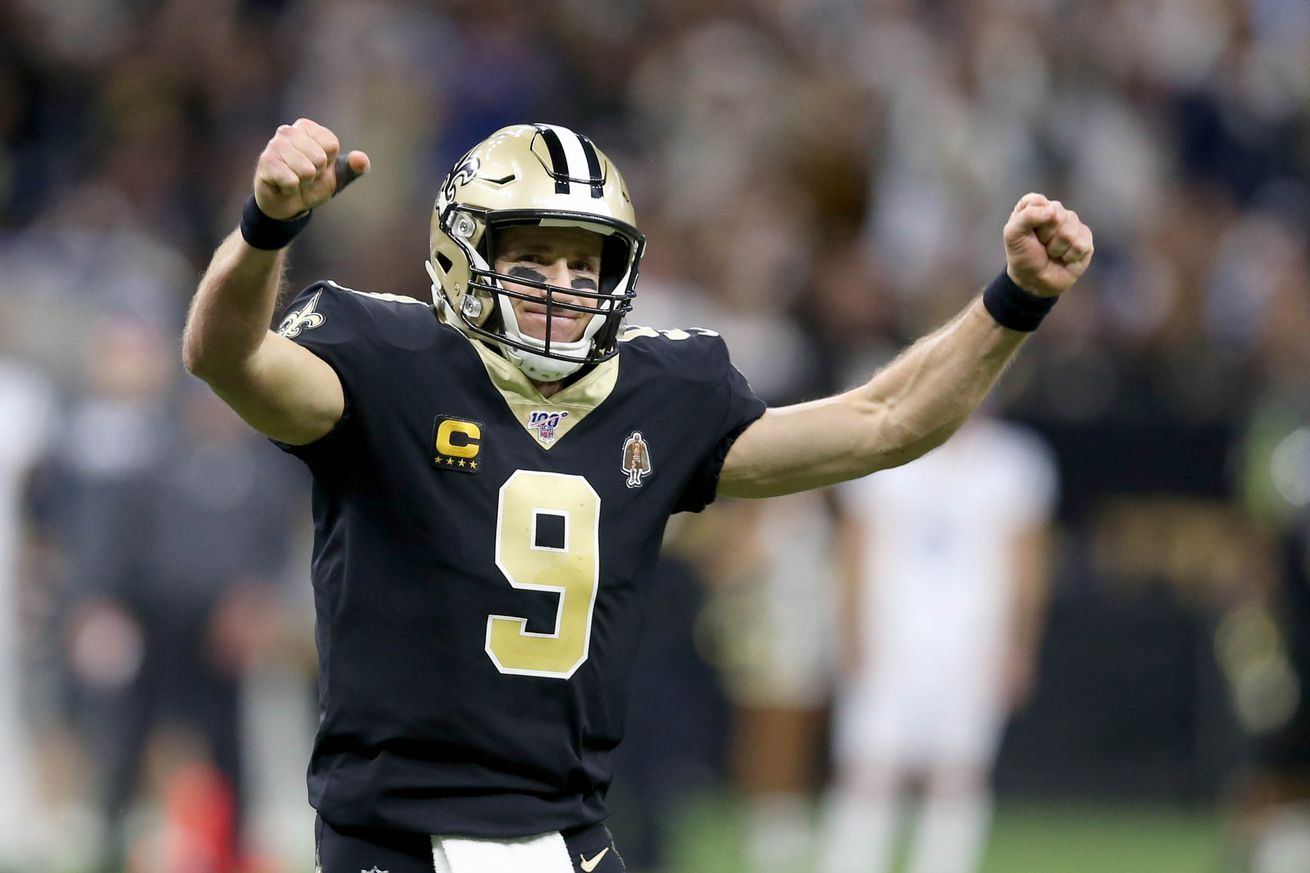 After getting snubbed by the NFL’s All-Decade Team for Aaron Rodgers, Pro Football Focus has just released their version of first and second All-Decade teams. This time Drew Brees gets the nod behind Tom Brady.

While Aaron Rodgers made the NFL’s team, Brees was better than him in both the first and second half of the decade. Rodgers may have had the highest peak (the 2010 playoff run and the 2011 season), but Brees has been sustainably better.

And Drew Brees wasn’t the only representative of the Saints to make the list. At punter, the Saints’ own Thomas Morstead also made the second team behind the #FortheBrand leader Pat McAfee.

Unfortunately for Cam Jordan fans, he missed out on PFF’s All-Decade team, with Jordan ceding to a different “Cameron,” Cameron Wake.

Still, it’s nice to see Drew Brees get his due, and I’m sure Cam Jordan is fine sitting this list out when he gets to see his quarterback get some love.