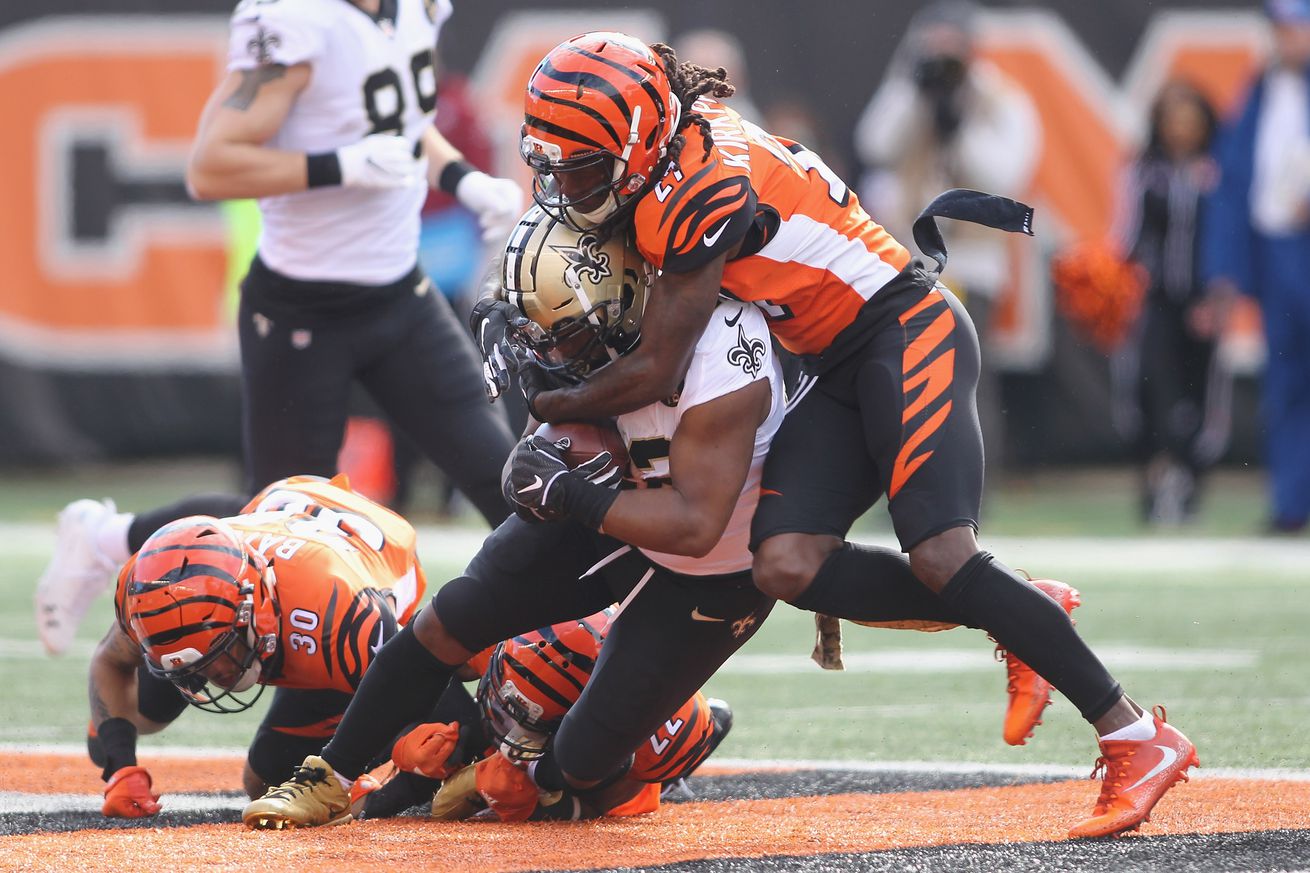 But maybe they aren’t done just yet.

Yes, there is still talk the Saints could be interested in former Seattle Seahawks defensive end Jadeveon Clowney, but maybe that’s not the veteran the Saints target this offseason. Bleacher Report names signing former Cincinnati Bengals cornerback Dre Kirkpatrick as the one move the Saints should still make before the season kicks off:

The New Orleans Saints don’t have many truly glaring needs, but they could use depth in the secondary after parting with cornerback Eli Apple in the offseason—especially important while looking at a limited window with Drew Brees at quarterback. Plus, they ranked a good-not-great 20th in passing yards allowed last season.

Because of that limited window, the Saints should be looking toward proven veterans for that secondary depth. Longtime Bengals starter Dre Kirkpatrick is just such a veteran.

Though he has never been a Pro Bowler, Kirkpatrick has been a reliable starting corner for four of the past five seasons—he was limited to six games in 2019 due to a knee injury.

Kirkpatrick has a total of 67 starts under his belt, and he may be willing to sign a team-friendly deal in order to reestablish his market value and finally have a shot at a playoff victory.

While the Saints have plenty of depth at cornerback in Patrick Robinson, PJ Williams, and Chauncey Gardner-Johnson, they lack depth on the outside beyond Marshon Lattimore and Janoris Jenkins. Kirkpatrick represents one of limited options at outside cornerback remaining in free agency, and he would come far cheaper than Clowney, even if the defensive end were to take a one-year deal.

But what says you, Who Dat Nation? Do you think the Saints should sign Dre Kirkpatrick? Would you prefer the Saints sign a different free agent? Maybe another cornerback like Brandon Carr? Or maybe you’re still holding out hope for an elite edge rusher like Everson Griffin? Let us know in the comments. Send me presents.