Here’s another feather in the cap for New Orleans Saints salary cap guru Khai Harley: details are out on the team’s contract with recently-signed safety Tyrann Mathieu, and now we know the three-time All Pro carries a 2022 salary cap hit of just $3.4 million, as first reported by NewOrleans.Football’s Nick Underhill. Hired by Saints general manager Mickey Loomis more than a decade ago, Harley has managed the Saints’ cap dealings to maximize their resources and field competitive teams year in and year out. Fitting an accomplished player like Mathieu under the cap like this is impressive.

Harley helped structure the three-year, $28.3 million deal so that Mathieu is guaranteed his 2022 and 2023 salaries, giving the Saints an exit ramp in 2024 if they want it. But they have options — future restructures are possible, which could free up as much as $4.7 million in 2023 or $6.2 million in 2024 if New Orleans needs it. It’s a good deal for the player that gives the team some flexibility.

Per Nola.com’s Amie Just, Mathieu’s contract also includes a $9.5 million signing bonus and two void years in 2025 and 2026. If he plays out all three years he’s under contract for, it’ll leave behind $3.8 million in dead money once the deal expires in 2025, but that could change if the Saints do a restructure or sign him to an extension. Here are the salary cap hits at the time of signing:

So where does this leave the Saints against the salary cap? New Orleans currently ranks in the upper half of the NFL with $16.9 million to work with, but that number is a little misleading. The team still hasn’t yet signed its five rookie draft picks, which will drop them down to about $10.5 million in cap space. That’s more than enough for the Saints to add another free agent or two at above-minimum salary and carry enough cap space for operating costs during the season. 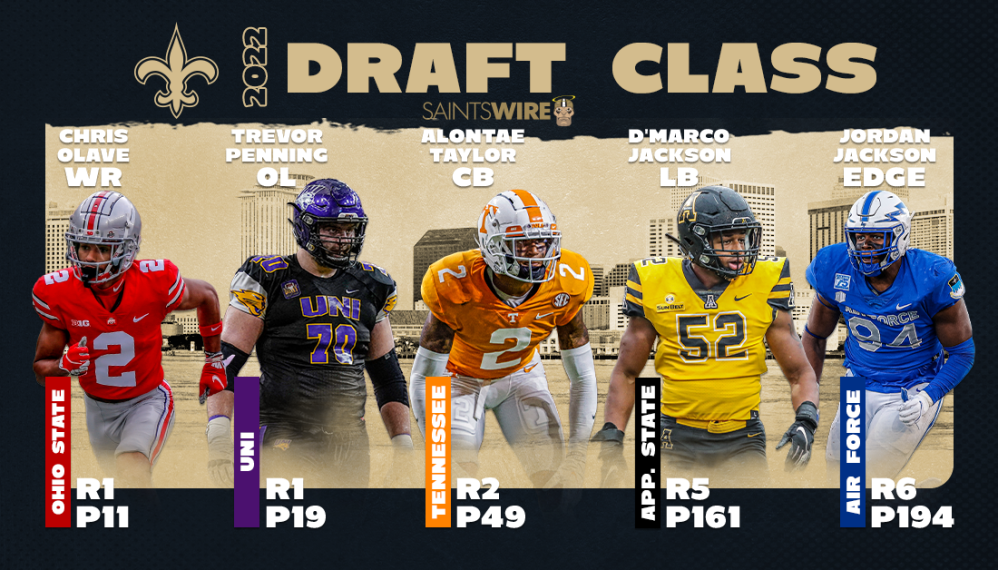