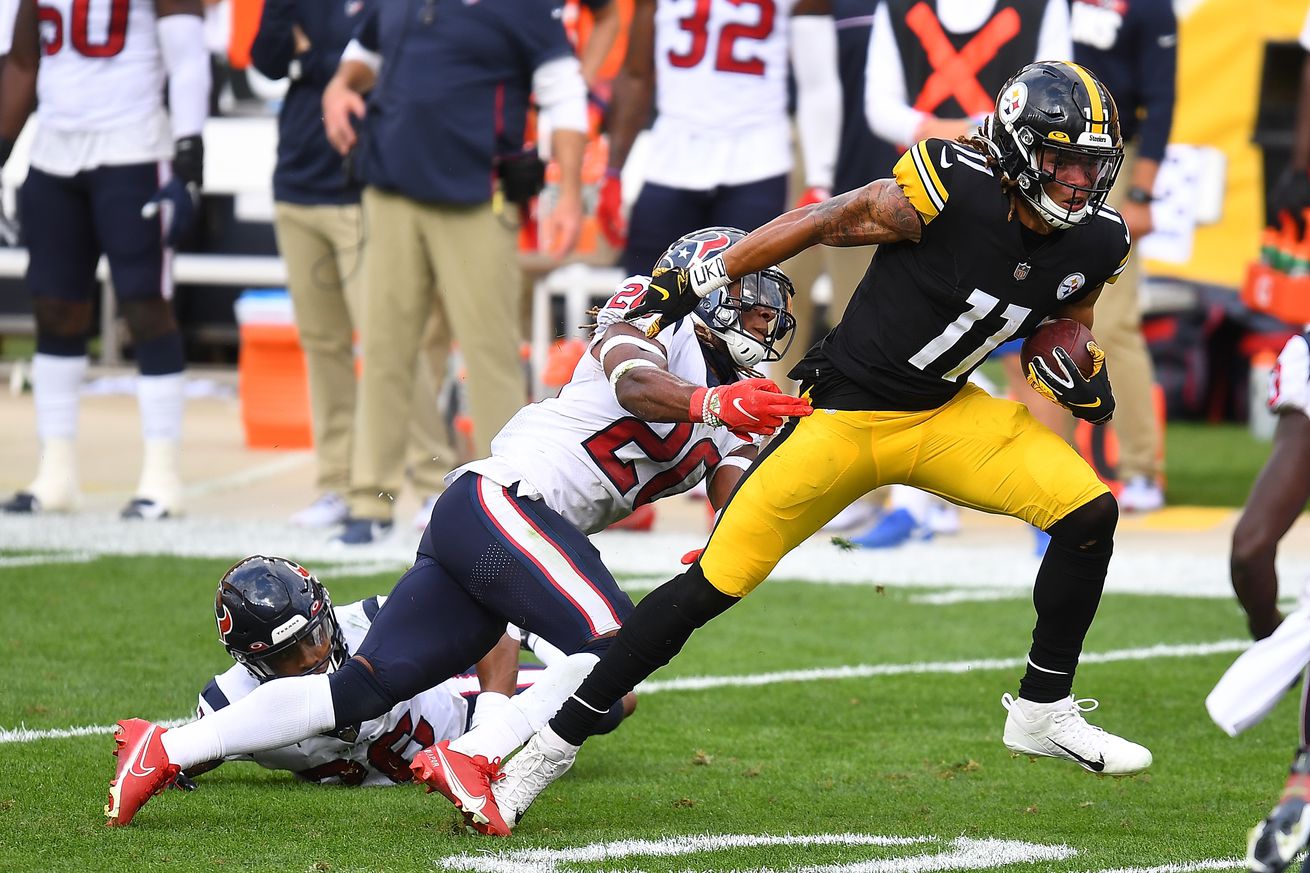 Rookie receivers and injury coverage are the name of the game

The Steelers rookie put up one of the best fantasy performances of the season on Sunday. He scored 4 TDs and posted 110 yards receiving on 7 catches. Claypool had a good fantasy performance in week 2 so this week was not an anomaly. He should be a key piece of the Steelers offense going forward and will have a very good matchup next week against the Browns, who are giving up the 3rd most fantasy points to opposing WRs.

The Eagles are desperate for quality play from their WRs, as their most tenured healthy receiver, Greg Ward, was playing QB not too long ago. Fulgham had a very good day that was unfortunately overshadowed by Chase Claypool’s monster game, but Fulgham could be a worthy pick up in his own right. He has scored a TD and had over 50 yards in the two games in which he has played, and looks to be one of the Eagles top options as long as Alshon Jeffery and DeSean Jackson are out. A tough matchup next week and the prospect of Jeffery and Jackson returning don’t make him as appealing as Claypool, but he could be a solid FLEX option for a few weeks if your team is dealing with injuries.

Mattison ran well in relief of Dalvin Cook, who exited in the 3rd quarter with a groin injury on Sunday night. If Cook misses any time, or if the Vikings limit his carries, Mattison could be a solid starter in a fantasy lineup. We know the Vikings like to run the ball, as Cook had 20+ carries in his previous two games and had 17 carries before exiting Sunday. Mattison had 20 carries in relief of Cook, so the volume will be there if Cook misses time, it just remains to be seen if Mattison can capitalize.

Williams looked very good in his return to action against the Saints. He was hobbled during the first three games and missed the fourth but managed to score twice and go over 100 yards on Monday Night Football. Justin Herbert has been terrific for the Chargers and they will look to capitalize on his talents while Austin Ekeler continues to miss time, meaning more targets for a now healthy Williams. The Chargers bye week was moved up to week 6 due to schedule changes surrounding Covid-19, so don’t count on him this week but still add him before someone else in your league does.