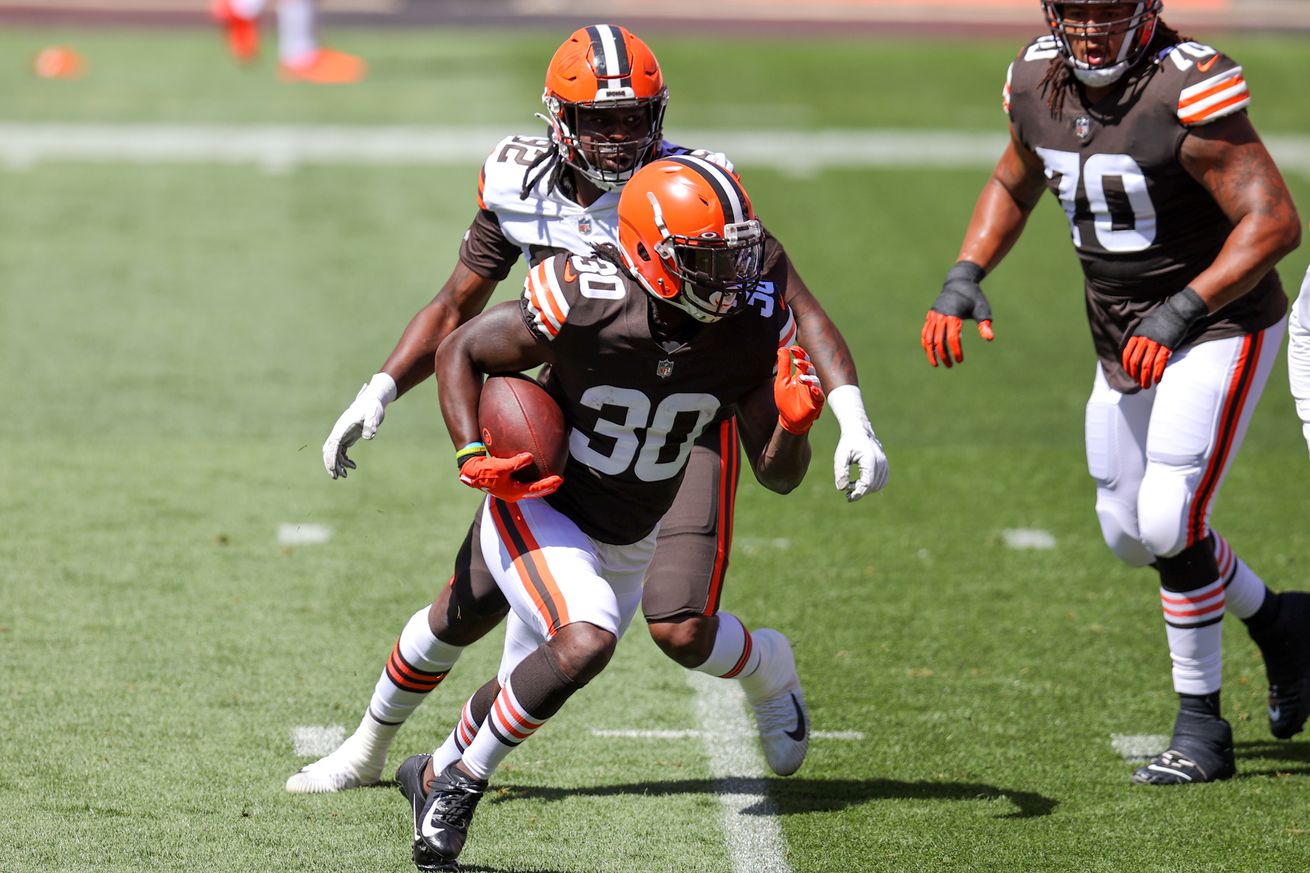 The rookie QB who everyone thought was most likely to be a bust has been very impressive in his first three starts. He has thrown 5 touchdowns and was only 10 yards short of joining Joe Burrow as the only rookies to throw for 300 yards in three straight games. He will be a good bye week coverage for your starting QB and could potentially move into the top 12 as the season progresses.

Johnson was thrust into the game as a result of an injury to Nick Chubb on Sunday. Kareem Hunt will still be the starter in Cleveland, but the Browns will need to maintain their balanced rushing attack that has led them to a 3-1 start this year, and to do so will require keeping Johnson involved. He ran well against the Cowboys and will look to get more carries going forward as long as Chubb is out.

The Broncos have had their fair share of injuries this season, losing starting QB Drew Lock, Pro Bowl RB Phillip Lindsay, and their top WR Courtland Sutton for the season. Other offensive players like Noah Fant and KJ Hamler being banged up has created opportunities for players like Patrick to show what they can do. Patrick led the Broncos in targets and receptions Thursday night and has scored in double figures each of the last two weeks. Patrick is only owned in 0.6% of fantasy rosters so if you are looking for a receiver with great upside, look to add Patrick to your team.

The Packers TE had a very impressive game Monday night, catching 3 TDs and doubling up the next closest TE in fantasy scoring. Tonyan has scored in three straight weeks and looks to be a mainstay in the terrific Packer offense. This performance tonight will now make him the highest scoring TE this year. Add him now before it is too late.