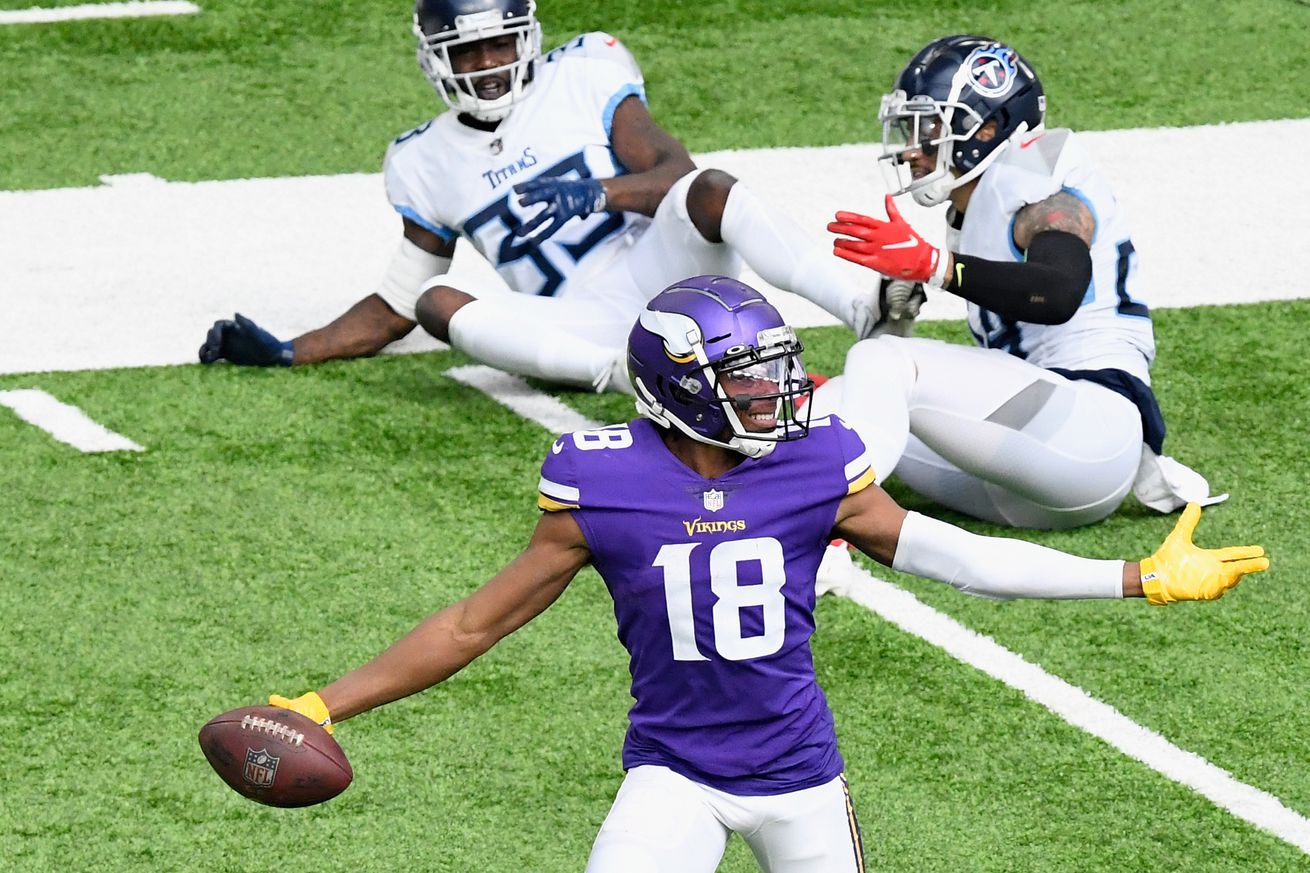 Rookie WRs are the name of the game this week

The 35 year-old Peterson continues to defy Father Time as he is now clearly the #1 option in Detroit. AD carried the ball 22 times in the Lions victory over the Cardinals and has leapfrogged Kerryon Johnson and D’Andre Swift in the Lions backfield. He has a tough matchup this week against the stout Saints run defense, but he is worth adding to your bench if you are in need of a running back.

Jefferson is going to be the prize of the waiver wire this week as he dominated the Titans secondary for 175 yards and a touchdown. We know the Vikings offense can sustain two top fantasy options at WR with Adam Thielen and Stefon Diggs carrying the load prior to this year. I would not expect Jefferson to go for 175 yards each week, but now that he has proved himself, he is certainly worth having on your roster.

Another rookie WR who had a great afternoon on Sunday was former Clemson star Tee Higgins. Higgins caught two touchdowns and racked up 18.5 ppr points in what was his best game as a pro so far. The Bengals are going to be a very pass heavy team, as Joe Burrow broke the record for most completions by a rookie through three weeks on Sunday. So even though A.J. Green and Tyler Boyd are present, Higgins should still see his fair share of targets.

Another surprising starting running back this year has been Myles Gaskin. Matt Brieda and Jordan Howard projected to be the two top options for the Dolphins, but it has been Gaskin who has carried the load so far in Miami. He has turned in two solid performances in the last two weeks and his volume alone warrants a roster spot in deeper leagues. Time will tell if he can move into you starting lineup once Tua Tagovailoa takes the reins at QB for the Dolphins, but for now, stash him on your bench.