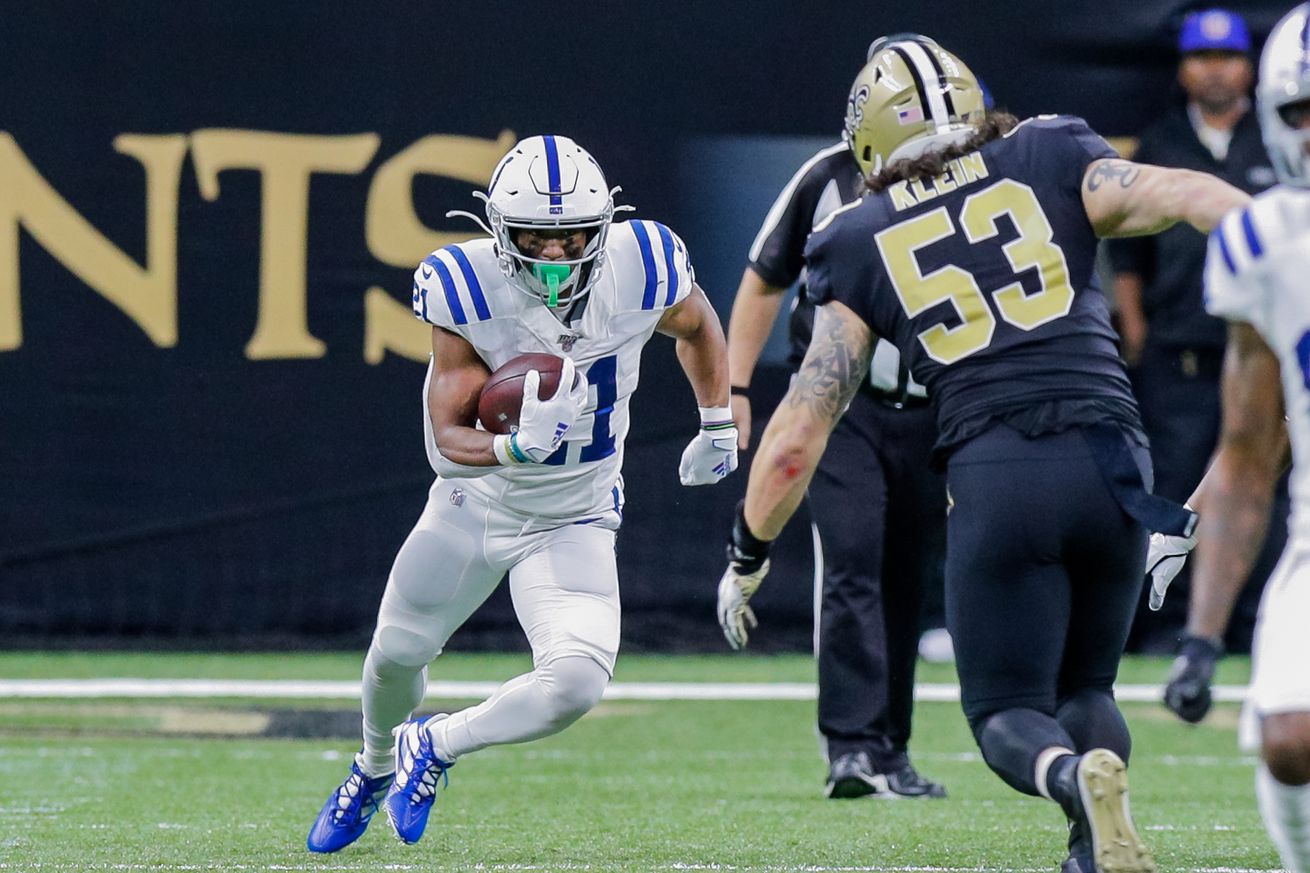 Who to grab this week on the waiver wire.

The 1st place New Orleans Saints will travel to Sin City to help the Raiders christen their new stadium on Monday Night Football in week 2. Many undrafted fantasy players around the league posted great days due to injuries as well as teams still trying to sort out their depth chart due to the lack of preseason games this year. So who will sustain this success and who should you target on the waiver wire this week?

The Saints defense intercepted Tom Brady twice on Sunday, taking one back for a touchdown, and also sacked the new Bucs QB 3 times. Derek Carr is no Tom Brady and the Raiders do not have the quality of weapons as the Bucs do. Josh Jacobs had a very good day on the ground against the Panthers, but the Saints strength on defense is defending the run. Jacobs is a great rusher so it’s doubtful he will be completely neutralized, but look for him to be contained and the secondary to continue to ball hawk in week 2.

Hines started the day as the 3rd string RB for the Colts. However, an unfortunate injury to Marlon Mack forced him into the lineup and Hines took advantage. He found the end zone twice and was heavily involved in both the rushing and passing attacks. The Colts will face a Vikings defense in week 2 that was just gashed for 43 points against the Packers this week. With Mack expected to miss the rest of the season, and rookie Jonathan Taylor looking like he is still getting up to speed, Hines could be an RB2 for a few weeks to come.

NEWS: It’s a torn Achilles’ tendon for Colts RB Marlon Mack, a source confirms. This will end his season. Brutal blow for a great kid and exciting player who’s in a contract year. @TomPelissero first reported.

Malcolm Brown is the 3rd most owned runner on his own team, despite being listed as the starter. Brown impressed on Sunday Night Football as he scored twice and gained over 100 total yards against a depleted Dallas defense. The Rams will most likely stick with a committee of RBs going forward, but a strong performance by Brown will certainly help him emerge as the clear #1 in LA.

I was surprised to discover that Watkins is only owned in 44% of leagues. Although he is inconsistent, he is still the clear cut #2 WR on the best passing offense in the NFL. Watkins of course went off in last season’s opener, scoring 3 TDs in Jacksonville, and then proceeded to not score again in the regular season. His good start is definitely encouraging and until it’s evident he might face consistency issues again, he is definitely worth a roster spot.