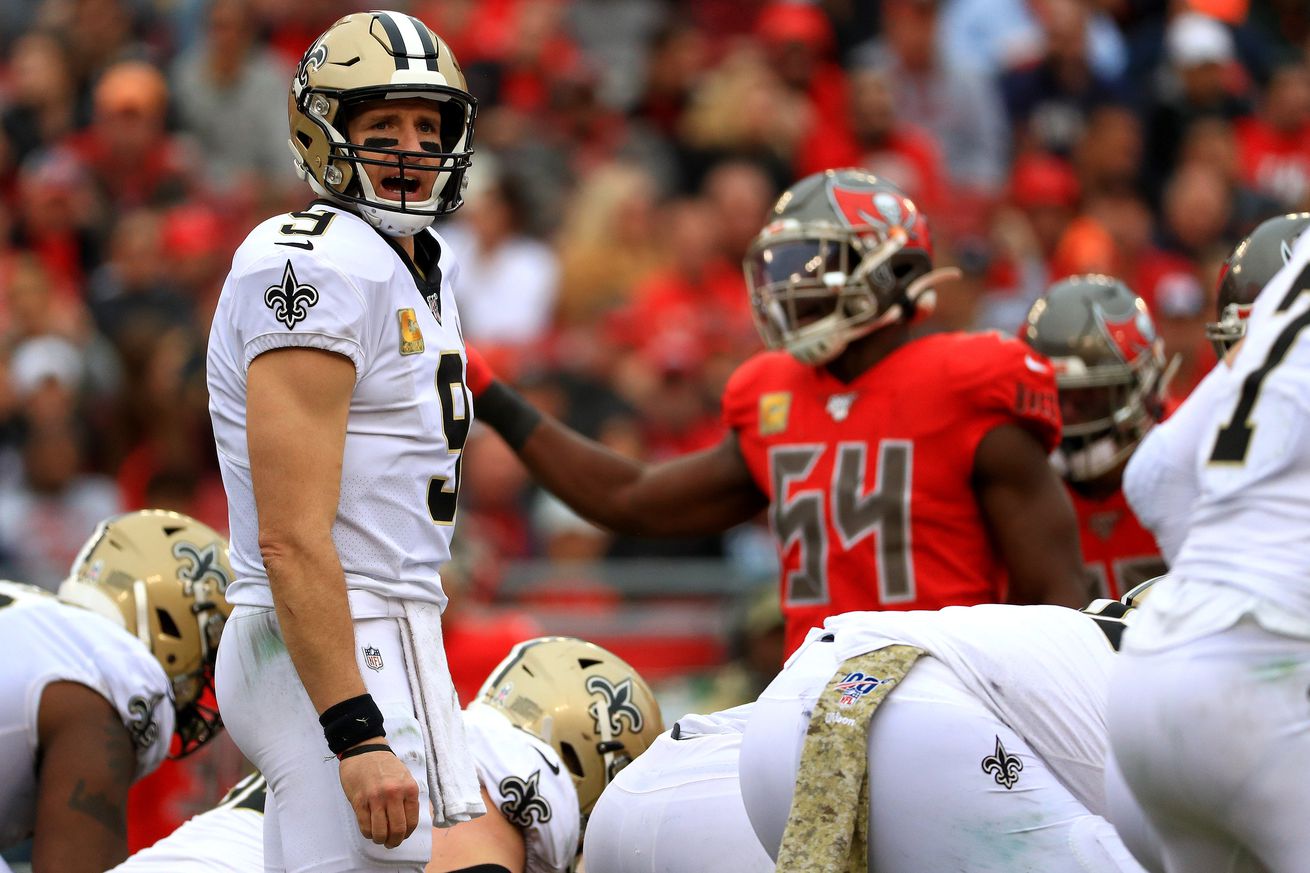 Right out of the gates we are getting the matchup of quarterbacks Drew Brees and Tom Brady that we have been anticipating since Brady signed with the Tampa Bay Buccaneers. Two explosive offenses meet two underrated defense in what is sure to be one of the best games of the week. This game is also full of top tier fantasy talent, featuring three top-7 WRs and many other starting caliber options. Here is who you should start and sit in this matchup of the two best teams in the NFC South.

This matchup between future Hall of Fame QBs projects to be a shootout in an empty Superdome this Sunday. Despite a solid front seven for Tampa Bay, their secondary is easily the weak point of their defense. Expect coach Sean Payton and Brees to attack the Buccaneers secondary early and often this week.

Tampa Bay gave up the fewest fantasy points to opposing RBs last season. Expect a lot of passing from the Saints this week which means less touches for Murray, and even if he does get his carries, it will be against a defense that only allowed 1,181 rushing yards last season, which was the best in the league.

Chris Godwin is arguably the best #2 WR in the NFL. He finished as the second highest scoring WR despite playing opposite fellow Pro Bowler Mike Evans. Evans is the bigger threat to beat you deep which means he will most likely be shadowed by Marshon Lattimore, sparing Godwin of being covered by the Saints top CB on a majority of snaps. Godwin combined for 170+ yards and 3 TDs last season against New Orleans, look for him to have a big day this weekend.

Mike Evans is one of the best receivers in the NFL, but has had trouble against Marshon Lattimore and the Saints in the past. Last season, Evans combined for only eight points in two games against New Orleans, including being completely shut out in Week 5. A high volume of targets could help Evans reach double digit points, but if you have any other solid options on your bench, it might be safer to go with them.

The Bucs run defense of course is one of the best in the league. So why would should you start Kamara against the leagues top run defense? Simple, receptions. Kamara is among the best receiving backs in the NFL and is likely to be used a lot in the passing game this week. Kamara had 16 total receptions against Tampa Bay last season and is good enough to put together a solid fantasy performance against any defense in the league should he get his touches, which he is sure to do against Tampa Bay.

The newest Buccaneer could be their top runner by seasons end, and is certainly the best RB on the Bucs roster. However, Fournette arrived in Tampa a little over a week ago and spent most of the offseason to the north in Jacksonville. The Bucs currently have Ronald Jones II listed as their starting RB, and will probably look to phase Fournette into the offense as the season goes along, meaning he may not see much action this week in New Orleans.