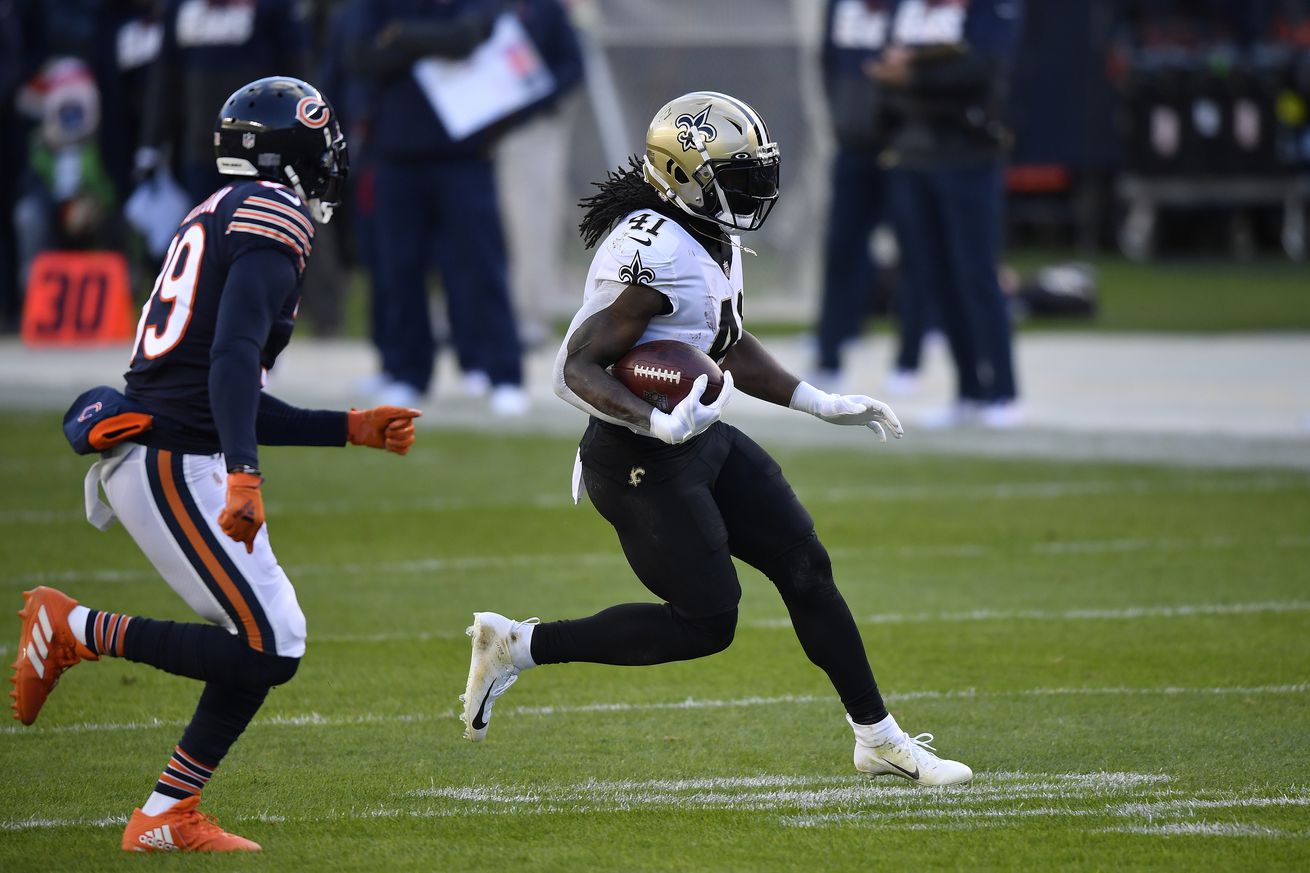 Saints win a nail bitter in the Windy City

You can breath again Saints fans, we’ve won. The Saints have improved to 5-2 on the year, and for now sit in 1st place in the NFC South with the Buccaneers set to play tonight. Their 4th straight win was probably their most nerve wracking as it seemed like the defense could not get off the field when they needed to. Thankfully, a clutch sack by Trey Hendrickson and some good runs by Alvin Kamara sealed a Saints victory in overtime via the boot of Wil Lutz. The Saints will now look forward to a Sunday night matchup with the Buccaneers that will decide who claims first place in the NFC South.

Kamara led this game in fantasy points with 19.5 ppr points on the day. He was once again held out of the end zone but his volume alone can easily make up for a lack of scoring. This was his highest scoring game since week 3 and he maintains his status as the highest scoring non-QB in fantasy this year. He will need to start finding the endzone again if he wants to maintain this lead, but I am sure all of his owners are happy with his 19.5 point performance against a very good Bears defense.

Hopefully no one listened to me when I said to start Jimmy Graham on Friday. I am not afraid to say I was dead wrong but it seems like Jimmy Graham’s solid fantasy performance through week 5 was an anomaly, as he has struggled to get going consistently with Nick Foles under center. If you are still relying on Graham, I would start looking for a replacement sooner rather than later.

Robinson caught 6 of 7 targets for 87 yards on the day, including a very impressive diving touchdown in the first quarter. The former Jaguar got back into double digit fantasy scoring with his best game since week 4, despite not practicing all week while being in the concussion protocol. Matchups with the 29th and 30th ranked defenses against fantasy WRs respectively the next two weeks should make Robinson a solid WR2 leading up to the Bears bye week.

I am only handing out one STUD to a Saints player this week as Kamara was the only one to score in the top 4 at his position. However, I am also not giving out any duds as players like Drew Brees and Jared Cook performed well, and not much else was expected from the Saints depleted offense. This results in Kamara once again widening his lead in the race for Saints Fantasy MVP. Michael Thomas is going to have to come back soon if anyone is going to challenge Kamara for the crown.