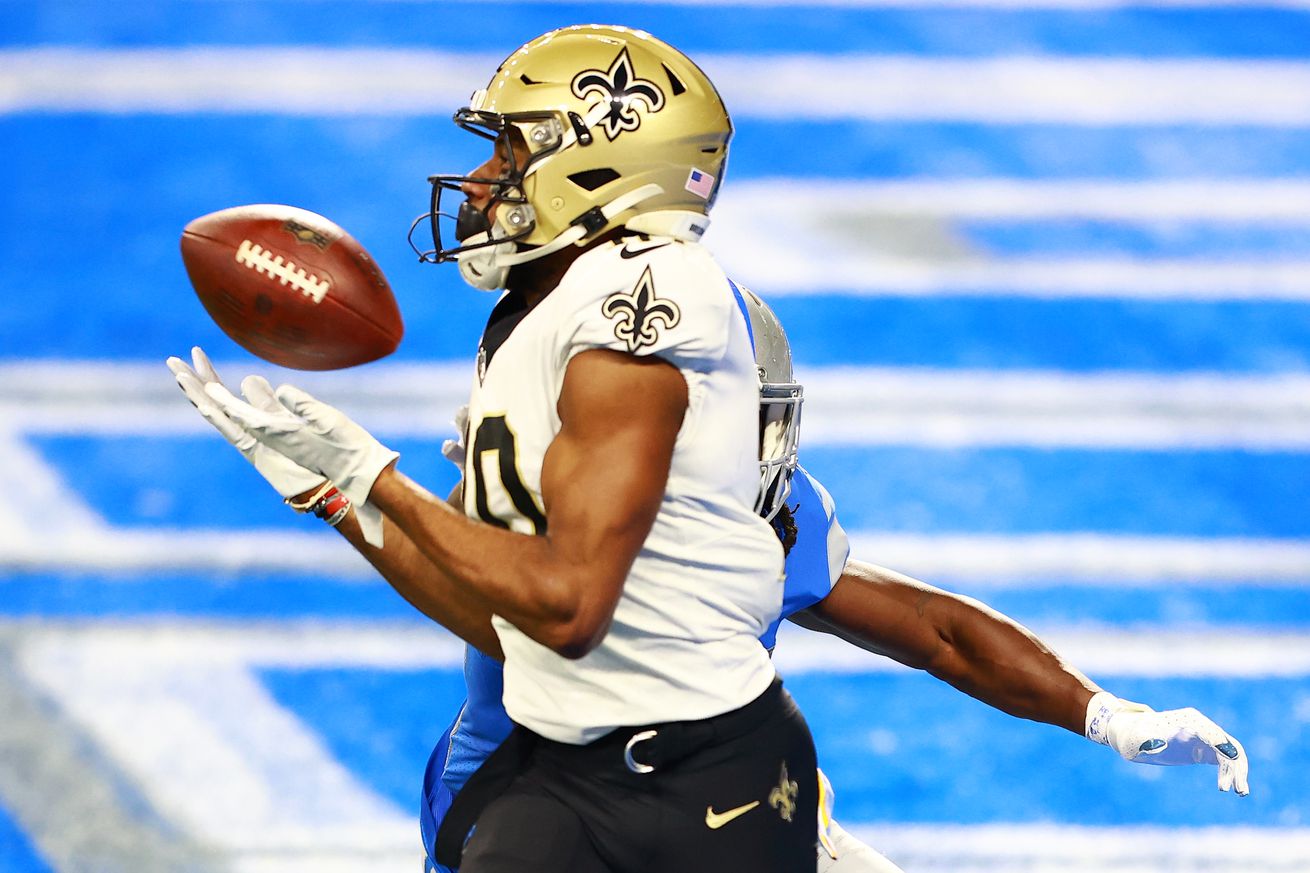 Saints get back on track against reeling Lions

The Saints have improved to 2-2 after a win in Detroit that saw them overcome injuries to six starters, as well as an injury to All-Pro Ryan Ramczyk in the 2nd half, and a late night Covid scare Saturday evening after arriving in Detroit. The Lions are in a complete freefall as they went up by 14 early, but then surrendered 35 straight points to the Saints offense. The Saints will look to build on this performance as they will return to primetime on a Monday night tilt with the Chargers. But for now, lets see who stood out in the Saints high scoring win in Detroit.

I wrote two weeks ago to hold off on putting Smith in your starting lineup, well now I believe the time has come to start considering him for the FLEX spot in leagues of 10 or more. Smith caught two TDs Sunday and has scored a combined 35 fantasy points over his last three games. With Michael Thomas hopefully returning to the field next week on MNF, he could see his usage drop a bit, but Smith has distinguished himself above Emmanuel Sanders so far in the Saints offense.

The Saints were missing both starting CBs Sunday afternoon at Ford Field, so naturally you would expect the Lions receivers to have a big game. Kenny Golladay had 60+ yards and a TD, but the Lions #2 receiver only managed 1 catch for 9 yards. Jones Jr. is by no means a standout fantasy player, so I doubt this underwhelming game hurt anyone in smaller leagues, but his inability to take advantage of the matchup had to have been disappointing to some owners in larger leagues that thought they had potential gem in their lineup.

Murray I’m sure caused some angst for Alvin Kamara owners this week, as he scored two TDs from inside 6 yards that could have potentially gone to Kamara. I would not call these “vultured” TDs however as Murray has the potential legit fantasy player in his own right, and we saw it on full display this Sunday. Murray has received double digit carries in all but one game so far this year, and if he can find the endzone consistently like he did in Detroit, he could warrant fantasy consideration. Until that happens though, keep him out of the lineup, but I had to give him props for a great game yesterday.

Here are the STUD/dud standings through week 4. Tre’Quan Smith and Latavius Murray both got in the STUD column for the first time this week as they each had two touchdown performances Sunday. Alvin Kamara still has a commanding lead through week 4, but this was the first week he did not appear on the STUD list.