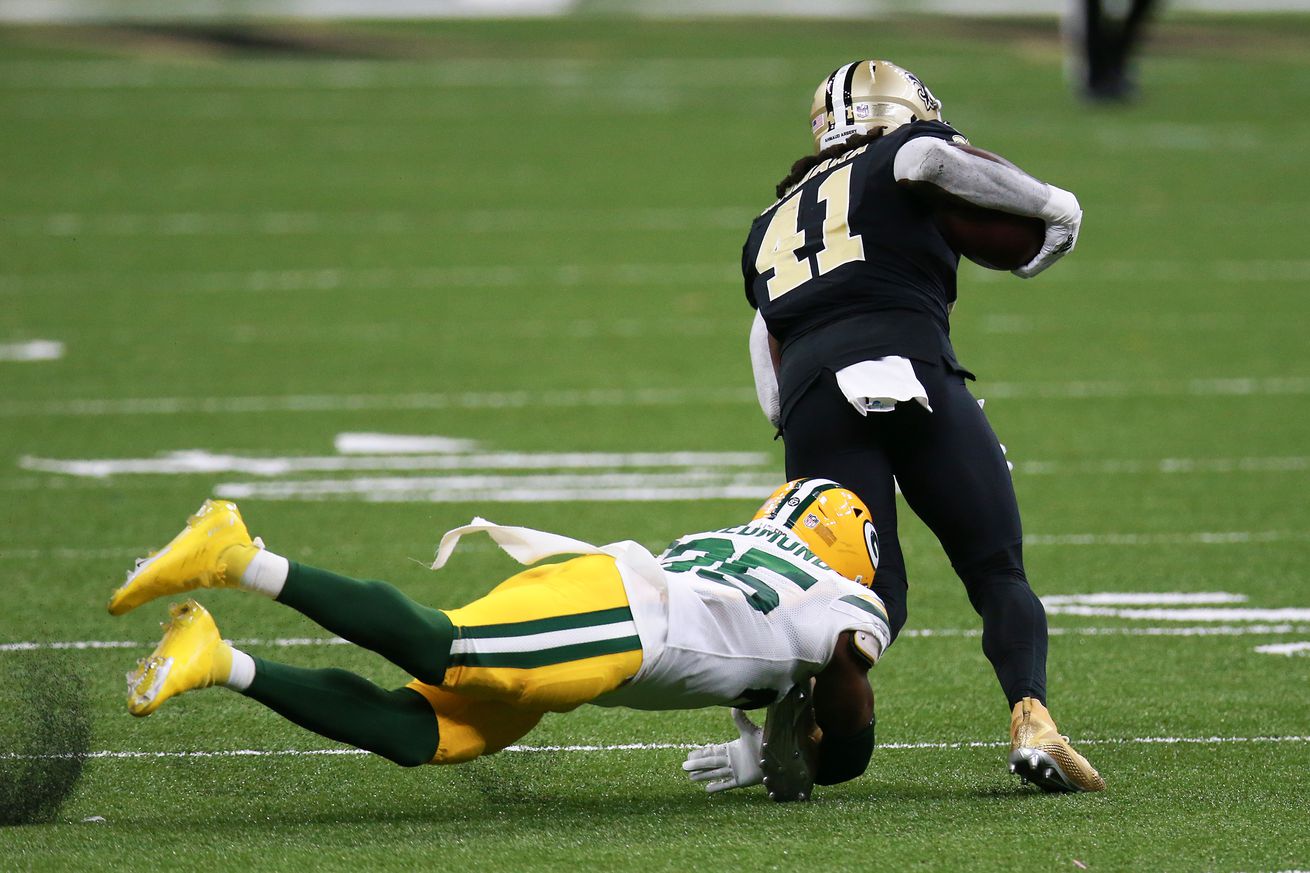 The Saints have fallen to 1-2 for the first time since 2017 as they lose for the first time ever on Sunday Night Football at home under Sean Payton. Penalties derailed what was otherwise a decent night for the Saints offense and defense, but Aaron Rodgers is still a first ballot Hall of Famer and you are not going to beat him if you can’t play cleanly. However, the game was a shootout nonetheless and many players had great fantasy performances for both teams.

I feel like I should just write in Kamara’s name here each week before the game even starts. Kamara scored twice again and caught a whopping 13 balls for 139 yards, taking one 56 yards for a ridiculous TD. He looks great, and is entering the conversation for offensive player of the year and fantasy MVP with yet another 30+ point performance. Even if Christian McCaffrey and Saquon Barkley were healthy, I would still rank Kamara as the top fantasy running back for the rest of the season.

MVS seemed to be in line to be the primary beneficiary of Davante Adams being ruled out for Sunday night. However, it was former Jaguar Allan Lazard who caught a majority of passes from Rodgers, as Valdes-Scantling finished with only one catch for 5 yards. MVS simply cannot be relied upon enough to warrant a start as he does not receive enough volume. He will catch a deep ball for a TD occasionally but does not contribute much other than that. If Lazard is still available in your league I would grab him quick.

Say what you want about Drew Brees’s arm strength and “air time” of his passes, but from a fantasy perspective, Brees had his best game of the year last night. He finished with 3 TDs and 23 fantasy points which was 7th best among QBs this week. Aaron Rodgers continued his strong fantasy season, barely outscoring Brees with 24 points. Brees is starter material in deep leagues, especially once Michael Thomas returns, and Rodgers should be a starter in any league of eight teams or more.

Cook has steadily been decreasing in production as the season has gone along. He finished with only 2 catches for 21 yards Sunday night for his worst fantasy performance of the year. Cook is a downfield threat and the Saints offense as a whole has not gotten much going down the field in 2020 yet, so it’s not all entirely Cook’s fault, but his fantasy production does not warrant keeping him in your starting lineup in the hear future.

As of this week, I am going to start keeping score of STUD and dud performances for Saints players, and will crown a fantasy MVP and LVP at the end of the season. So far, Alvin Kamara has taken a commanding lead, appearing on the STUD list all three weeks, but we will see how everything shakes out once the best receiver in the league returns to the Saints offense. Here is how the standings look after week 3: