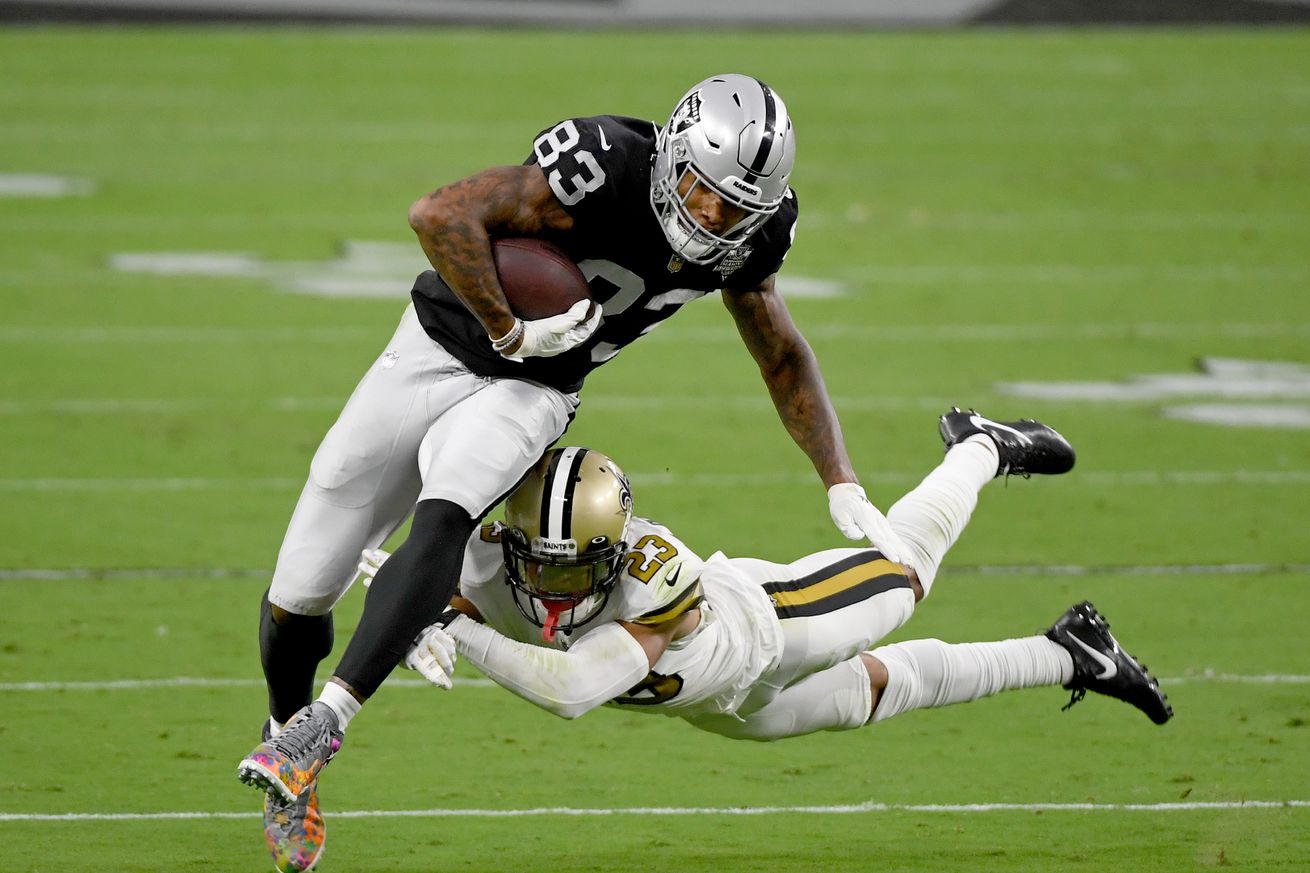 Was your Monday night miracle successful?

The Saints will want to forget that one. Neither the offense nor the defense looked sharp in the Saints first prime time game of 2020. Derek Carr and Darren Waller shredded the New Orleans defense like a bad meat slicer shreds roast beef. So were there any bright spots for the Saints on Monday? Well, there was at least one.

Kamara was the lone bright spot for the Saints on Monday night. The newly paid RB continues to prove he is worth the money as he ran for 79 yards and 2 TDs and also caught 9 balls for 95 yards. Kamara continues to prove that he was worth the top 5 pick you may have used on him, and will continue to perform even if the rest of the offense continues to struggle.

I am not afraid to admit I was dead wrong about Emmanuel Sanders. So far he has been very disappointing in his first year in New Orleans. Sanders caught only one pass in garbage time after the game was already lost. The entire Saints passing attack is yet to get going in 2020, so this could be bigger than just Sanders, but his lack of production is very worrying for the usually reliable receiver.

The Saints had no answer for Waller on Monday night as the Raiders TE caught 12 balls for 103 yards and a TD. Waller is proving that his break out season in 2019 was no fluke and he is easily a top fantasy option at his position. Feel very confident about having him on your roster going forward.

The first WR off the board in the 2020 NFL draft is still yet to have his breakout game. He only caught 1 pass for 4 yards in his prime time debut and looks like he will continue to need more time to get going in the Raiders offense. Keep him on your bench for the time being but do not consider dropping him yet as his upside will still keep him relevant.