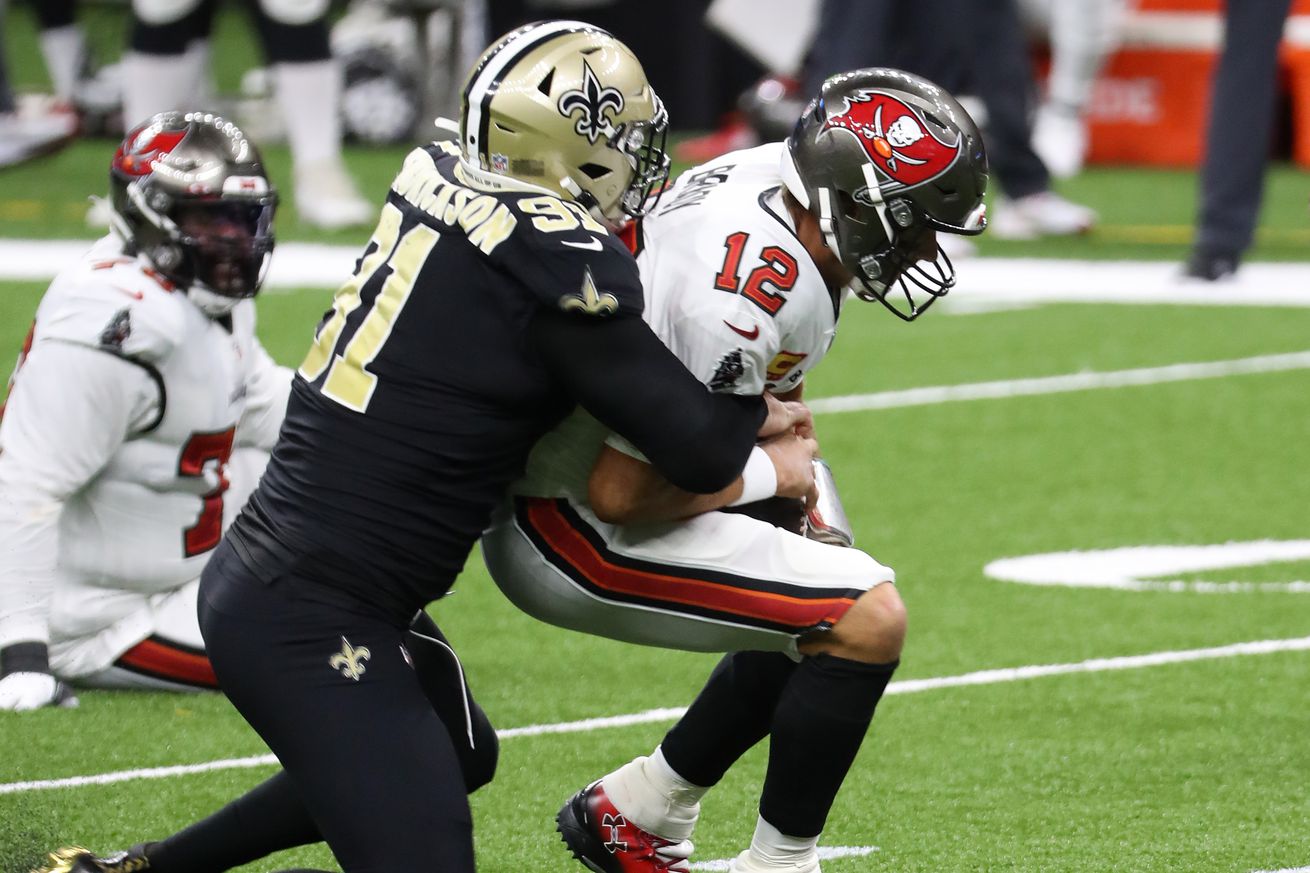 Who to play in the battle for the NFC South

Cook has caught a touchdown in three straight games, and the Tampa Bay Buccaneers have allowed either a touchdown or 70+ yards in four of their last five games to the opposing tight end. Cook is starting to gain some traction in the New Orleans Saints offense and the Bucs defense can be vulnerable against TEs, at least for a decent amount of points. Cook should be a good plug and play/high floor option for bye week/injury coverage in larger leagues this week.

The Buccaneers have allowed 20+ points to a QB only once this year. Even with Emmanuel Sanders set to return from the COVID-19 list, the Bucs stout defense should limit Brees statistically on Sunday night. Do not look to add anyone to cover for Brees this week as he should still be able to score in the teens, but if you have any other options already on your roster, it would probably be safer to go with them.

Sunday night will be Antonio Brown’s first NFL game in over a year, so any doubts you may have about him are not unfounded. However, I believe AB is too good to not have an impact on this game, given that he plays enough snaps. Most of us have forgotten that when he was with the Steelers just two years ago, he was unanimously thought of as a top-three receiver in the NFL, and maybe even the best. The Saints defense ranks 24th against WRs this year, and has given up 38+ points to the position in each of their last three games. The only thing that should hold Brown back this week is snap count, which is certainly something to keep an eye on during the week. Have a backup plan ready in case the Bucs announce he will not be involved much, or if you are feeling uncertain. If not, Brown should be a very high end FLEX play this week.

The Buccaneers seem to be transitioning towards a true committee backfield between Jones and Leonard Fournette. Fournette was the main ball carrier for Tampa Bay on Monday night after an early fumble by Jones saw the former USC Trojan have his snap count greatly reduced. I simply cannot trust a running back who is splitting carries against the 4th ranked fantasy defense against RBs to score very high. I would not expect much from Fournette either, but his value in the passing game would make me more confident in the former Jaguar than in Jones.