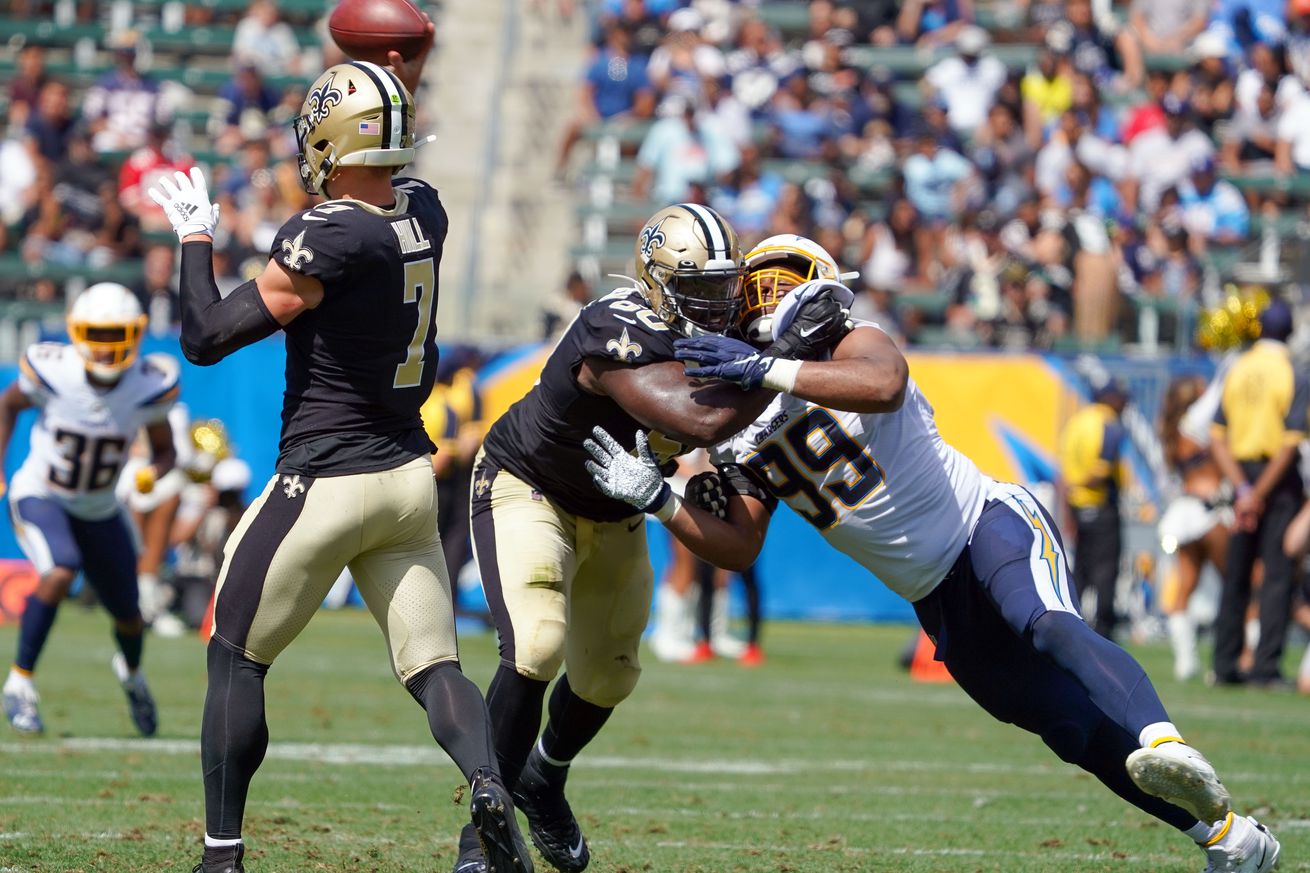 Thomas now seems to be trending towards playing on Monday night. He was limited in practice again on Thursday, but the extra day of rest should help him be ready for MNF. If he is able to suit up against LA, it should be easy going as the Chargers allowed over 200 yards and 2 TDs to the Buccaneers WRs last week. Even if he is not 100%, he has been sorely missed by the Saints offense since he went down, so I would expect him to be involved quite a lot and see plenty of targets. If he is inactive again, be sure to pick up Tre’Quan Smith if you can, otherwise be proactive in keeping up with his status for Monday.

Jackson was a hot commodity on the waiver wire this week after the injury to starting running back Austin Ekeler. I am hesitant to put him in a starting lineup though, as he is still behind Joshua Kelly on the depth chart. Even after Ekeler went out Sunday, Jackson only managed 9 yards on 6 carries and is now facing one of the better run defenses in the NFL. Hold off on playing him until he gets a more favorable matchup and we can tell just how much the Chargers will be using him.

Allen has scored in double figures each week since Justin Herbert has taken over the starting job in LA. The Saints two starting CBs once again appeared on the injury report, being limited in practice Thursday. If they are hobbled or unable to play, Allen should have an easy time getting open on the Saints pass defense, which has allowed a touchdown to a WR every game this season.

Jared Cook was also a limited participant in practice Thursday after missing the game last week in Detroit. After catching 5 passes for 80 yards in week 1, Cook has only managed to catch 4 passes for 34 yards in his two games since then. The Chargers have been up and down against TEs this year, but Cook’s lack of involvement in the offense coupled with his injury does not bode well for his production on Monday night.